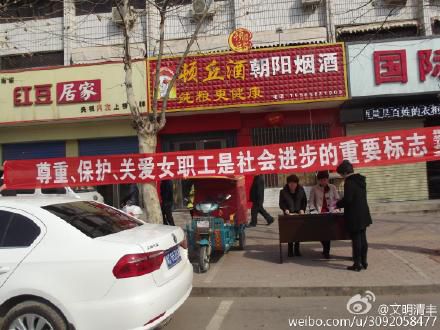 “Respect, protection, and care for women workers are important symbols of social progress” [via Weibo@文明清丰]

“Haixi development, women as tributes”—a slogan to live by [via fjsen.com]

As well as paying tribute to a beloved US sitcom, the slogan below has the added benefit of being statistically true—”while most Chinese law firms are filled with male Chinese lawyers, there is a significant portion of female judges in the Chinese judicial system.”

“The opinions of women have the highest legal standing. Anything that goes against what women say is invalid” [via caijing]

Here’s a nod to Scarface: 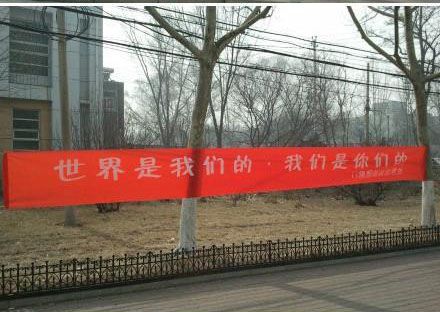 “The world is ours, we are yours” [via hebnews]

It’s a slogan, it’s a chat-up line, it’s a bit of everything: 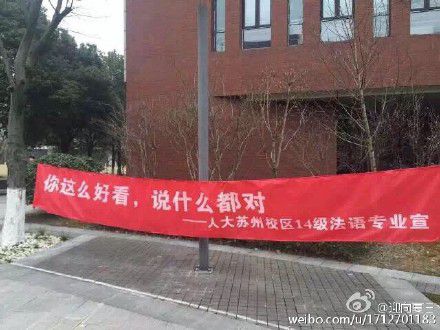 “You are so beautiful, whatever you say is correct” [via Weibo@迎向夏日] 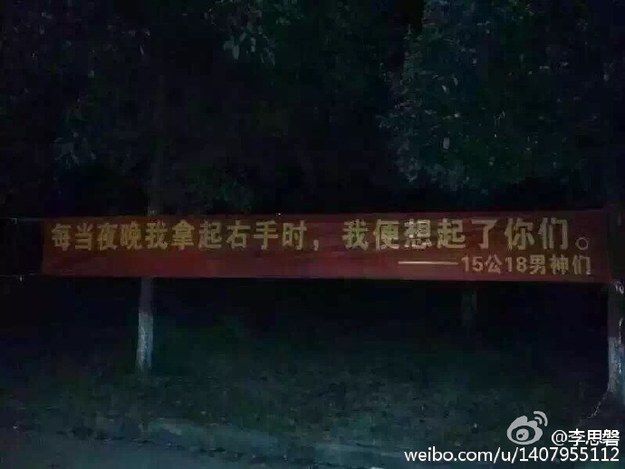 “Every night when I raise my right hand, I think of you” [BuzzFeed]

“Ten miles of spring wind [is gentle and beautiful], but it’s not as good as sleeping with you” [via Jiangsu.china.com.cn] 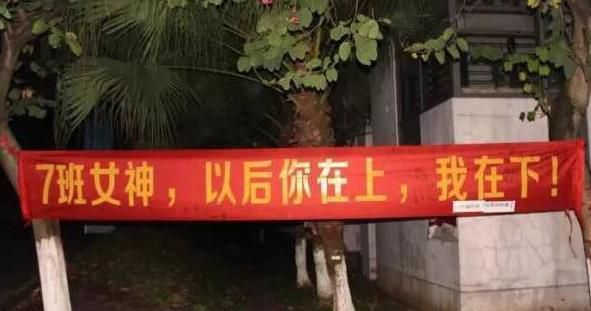 “Goddess from class 7, from now on, you are on top and I’m on bottom” [via Jiangsu.china.com.cn]

This is kinda cute, kinda stalky: 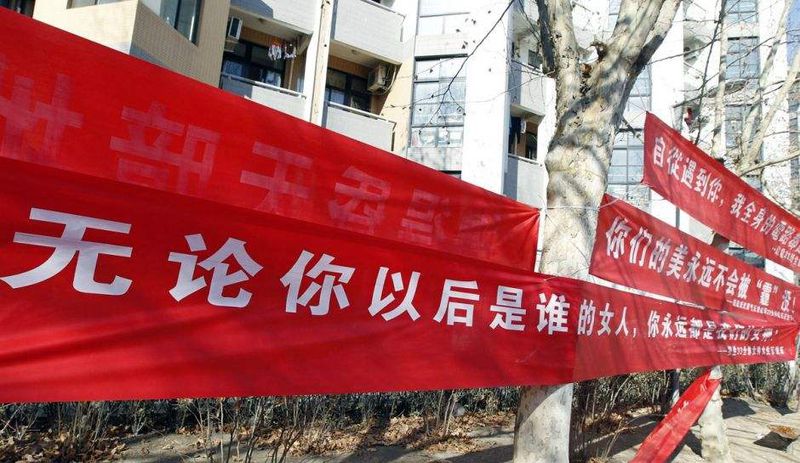 “Regardless of whose woman you become, you are always our goddess…” [via ACFUN]

And women hold up half the smoggy sky: 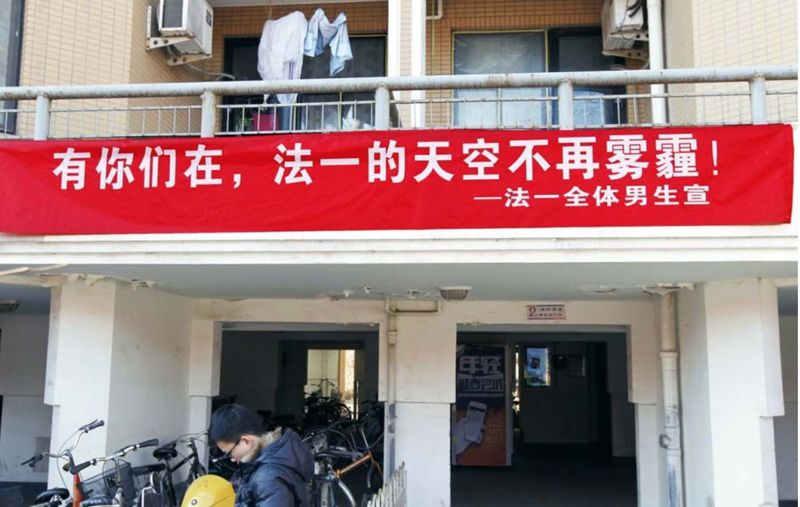 “With you here, first year law’s class will never be polluted” [via ACFUN]

Finally, let’s not forget Girls’ Day, March 7, which fell on Tuesday this year. If you don’t know what Girls’ Day in China is, it supposedly originated at Shandong University in 1986 as a way to celebrate the lives of its unmarried female students (“girls”). Activities today can include a “make-up competition, a hand-make competition, the warmest quail-roost evaluation, and a dancing competition.”

It’s also become an occasion for male students to express their chivalrous appreciation for female peers, though BuzzFeed notes that “many of the banners—even the seemingly innocuous ones—could qualify as sexual harassment” (at worst) or merely patronizing and faintly creepy: “You are the only daughter-in-law my mother specifies,” enthused one banner at the Guanzhou Medical University.

Here’s a poor example being set by China’s second-ranking university: Happy Women’s Day—to celebrate, there’s a rundown of IWD events in the capital courtesy of the Beijinger.