When a teacher in Chengdu recently claimed that “ancient China had no substantial innovations at all,” a number of students rightly pointed out that China’s “Four Great Inventions” were, well, pretty great. But they are far from being the only impressive Chinese innovations.

While the claim of a group of scholars last week that the English language originated from ancient China seems a bit of a stretch, there are a number of wacky and ingenious inventions throughout Chinese history that deserve recognition. Here, TWOC introduces our four alternative great inventions:

When Westerners made their way to China in increased numbers in the 16th century, many were shocked to find that “wind carriages” (帆车, fanche) with sails were being used by the Chinese to transport goods and passengers. However, far from being a novel creation, these wind-powered vehicles had existed in China since 550AD. In the Book of the Golden Hall Master (《金楼子》), written during the Southern and Northern dynasties (420-589), Emperor Yuan of Liang described a wind carriage that could carry 30 people and travel hundreds of li in a single day.

In addition to wind carriages, the Chinese also attached sails to their wheelbarrows as a supplementary power source for the human or animal transporting the load. The sail was controlled in the same way as it was on water, with the wheelbarrow “helm” tugging on ropes to adjust it to wind conditions. This practice persisted into the 20th century, and was described by British sinologist Joseph Needham in Science and Civilization in China. 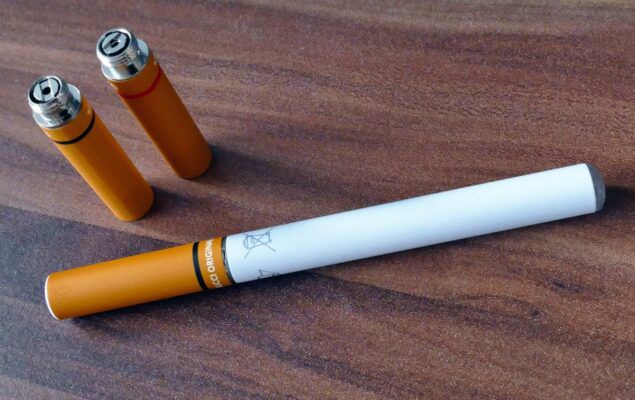 The story of the e-cigarette is something like the story of e-commerce in China, but in reverse. China may not have invented online shopping, but it has since fallen in love with the concept and become the world’s largest market for it.

By contrast, the e-cigarette is a Chinese invention that has remained relatively obscure at home, but exploded in popularity abroad.

The first patent for the modern e-cigarette was registered by Han Li, of Shenyang, Liaoning, in 2003. Han, like his father, was a smoker from his teenage years and had tried multiple times to quit before he set about developing an electronic and healthier way to smoke. When he introduced his product to the Chinese market in 2004, it achieved only modest success; only when it reached Western consumers did sales start to grow rapidly.

In another reverse of a conventional narrative, Han’s invention has allegedly been illegally copied by a number of firms in the West, meaning he is yet to receive the full financial benefits from his invention. At least Han has received some recognition for his inventive labor: “Some in China have called it the fifth invention—after navigation, gunpowder, printing and paper,” he told The Spectator. Long before Western scientists developed their own primitive flying machines, the Chinese had invented a “bamboo dragonfly” (竹蜻蜓) that was propelled upward in the same way that today’s helicopters are. The toy was a simple creation which featured a bamboo stick with feathers stuck at the end—when the stick was rapidly spun between the hands and released, it would fly for a time.

He Gong, the Jin dynasty (265-420AD) scholar, made reference to the bamboo dragonfly in Baopuzi (《抱朴子》), his collection of essays. It was not until the Renaissance that the invention made its way to Europe and similar devices appeared there. When the British inventor George Cayley, one of the first pioneers of aeronautical engineering, began developing his own flying machines, he studied the bamboo copter closely and used it as a model to understand the principles of flight.

Ever felt that eating watermelon is just too time consuming? No? Well, in China there’s a solution to this non-existent problem anyway. The automatic watermelon eating machine is a device worn on the head which quickly and messily fires slices of watermelon into the general direction of the user’s mouth. For the extra lazy, there’s even a rod attached to the jaw that helps with chewing the delicious fruit.

The device was created by Li Heng, a serial inventor from Henan. Li has a number of other, just as silly inventions to his name, including an automatic make-up applier and a robot drinking buddy. Videos of Li demonstrating his inventions have earned him a significant social media following.