Each year, in Mid-February, the sparks fly (quite literally) in Nuanquan, Hebei Province.

A few days ago, in a centuries-old event in this small town of around 17,000, which is around four hours’ drive from the capital, local farmers put on a dazzling show for their fellow townsfolk along with the influx of visitors.

While other cities across China fire off the last of their Spring Festival stockpile of fireworks on the last official day of the festival each year (known as the Lantern Festival), the people of Nuanquan have long enjoyed a different kind of firework: molten metal. 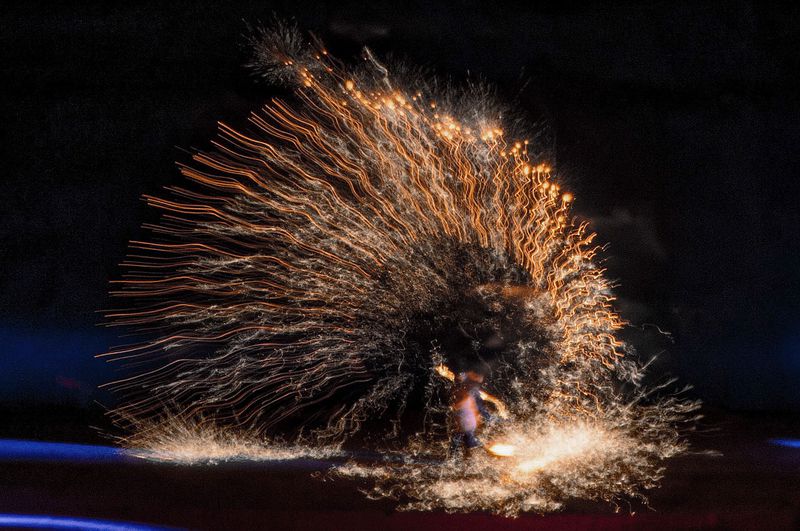 As the story goes, hundreds of years ago, during the Qing Dynasty, blacksmiths found that throwing the hot liquid metal at the city wall produced spectacular sparks. It thus became a habit each year, known as da shu hua, 打树花 or “hitting the tree to make flowers,” named after the round, flower shape of the spark patterns.

It’s a pretty dangerous habit; those who have learned this skill, passed down through generations, often have scarred arms where the incredibly hot sparks have made contact. Sheepskin clothes have proven to be pretty solid protection, but even then, it’s still incredibly risky.

Dashuhua was banned during the Cultural Revolution, as was the case with so many other practices, but it has made a comeback in the years since as communities seek tourist events to distinguish themselves from other areas.

The event is said to be much the same as it was hundreds of years ago, save for the more modern audience who come out to brave the cold temperatures at night. They have also added different kinds of molten metal in order to generate sparks of more varied colours. For many years, and even still today, locals throughout the year donate scrap metal to be melted down for the event. The practitioners spend most of the year tending the fields, but at this time of year, it’s their time to shine. 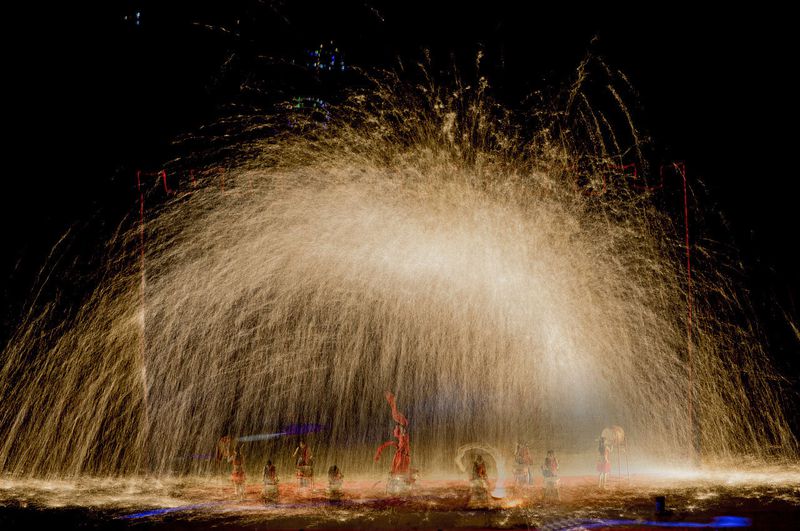