There are quite a few things to envy about China’s live streaming celebrities. Adoring fans, multiple revenue streams, working from home. Add some of the world’s ritziest-looking bedrooms to the list.

Home studios done up to look like plush penthouses have become a mainstay of the aspiring live streamer.  As one satirical blog on Chinese image-sharing website Buyers Show observed, many look more like model homes than the graduate hovels most college students live in. And there’s a good reason: They’re fake.

Cloth backdrops featuring large photos of designer interiors, hung from a metal frame, used to be found mainly in photography studios but are now an essential part of the home studio kit, along with a microphone, webcam and lighting equipment. Indeed, search for “internet live streaming room” (网络直播间) on Taobao, and fake backdrops are one of the first products to appear. 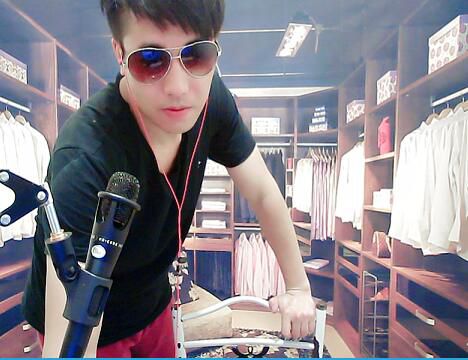 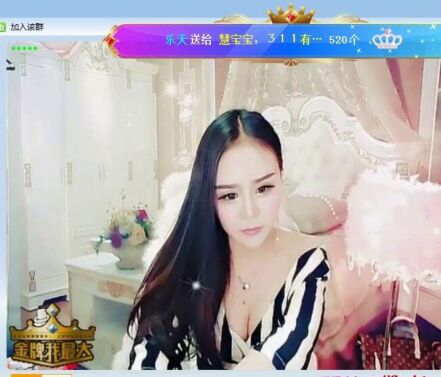 [Live streamers in front of printed backdrops, as shown on this Taobao product page]

The morphing of Chinese living spaces into IKEA catalogue designs  is not restricted to the domains of live streamers. Back in 2011, the “Women’s section” of QQ.com ran a special report declaring that the “petty bourgeois” (小资 xiǎo zī) tastes of the last decade were on their way out, and that the latest byword in lifestyle and design was going to be 小清新 (xiǎo qīng xīn): “young, pure, fresh.”

QQ went on to explain that the “young, pure, fresh” aesthetic was inspired by 1980s British “indie pop,” and focused on an authentic and personally fulfilling life, expressed by such activities as reviewing arthouse movies on Douban.com, backpacking, blogging, taking lomography photos, and more. But though the 小清醒 are the arch-nemeses of the tuhao, both movements actually preserve the “petty bourgeoisie” appetite for upward mobility and “quality living” (品质生活 pīnzhì shēnghuó).

As the youth market that embraced the “young, pure, fresh” lifestyle has entered the workforce and began furnishing their own homes in recent years, it has become cliché to transform the white walls and heavy wood furniture favored by landlords of previous generations with sleek particle board, comfy throws, and purposefully curated decals or vacation photos (and yes, occasionally blog or live stream themselves doing so).

Live streamers are, of course, nothing if not aspirational—why else do people tune in to watch someone put on makeup and prepare food, if not because they do it better and with more flair, while being good-looking to boot? (In fact, WeChat bloggers Pingwest has taken it upon themselves to investigate just why people like to watch live streams of mundane life activities; their interviewees mentioned that they like seeing people who “look nice,” from whom they can “learn something”). Many live-streaming hosts make efforts to redecorate their rooms and keep them clean, or at least purposefully cluttered with pricey-looking things, according to a Weibo profile of female live-streaming hosts who achieved early fame back in 2014.

The Paper has also reported that there are companies that sponsor live-streaming hosts and will decorate their rooms according to the image they want to market. For female hosts, there are a few standard items: pink wallpaper, cute stuffed animals, a “classy” desktop computer, a powerful microphone, and studio lighting. A decorating guide on Zhubozhan (literally “Streaming Host Station”), a website dedicated to teaching streamers how to present themselves, names “wallpaper” of a “warm color,” specifically Hello Kitty wallpaper, as the first item that a beginner ought to prepare for their live streaming environment, ahead of soft light boxes and overhead lighting.

But in the fierce competition for public attention, a fake backdrop offers an inexpensive alternative to keep up with the image of “quality living.” You can pay about 30 RMB for every 1.5-by-2-meter space of backdrop for a Taobao merchant to print, and can also submit photos in addition to the hundreds of templates already on offer. Plus, you never have to worry about your wardrobe casting shadows on your charming bonsai or your apartment being too small to fit a baby grand. 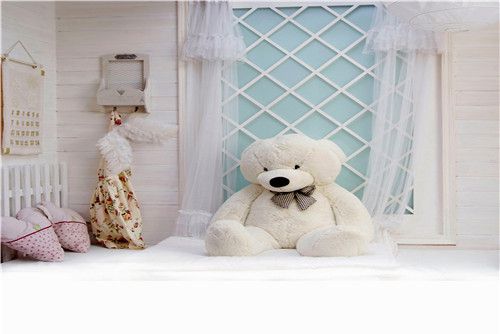 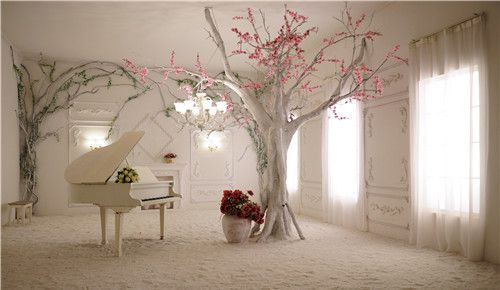 [Some other backdrops available on Taobao]

Taobao merchant Le’er Baobei tells TWOC that the bestselling backdrops are all feminine-looking and mostly pink—“it’s a warm-toned interior, giving people a warm feeling,” says their customer service representative. Confirming the earlier reports, four out of the five backdrops that Le’er Baobei named as their bestsellers feature rooms containing teddy bears and other plush toys, accented by things like lacy lampshades and Hello Kitty cushions.

The advantage of using a backdrop rather than a real room, says Le’er Baobei’s customer service representative, is that “it makes people feel just like they’re in a real room.” But it’s also better than a real room in a multitude of ways, and that’s perhaps a good summary of the appeal of live streaming in general. Another advantage is that “it’s more convenient; live streamers change their background all the time, so a backdrop makes that convenient,” says the representative. Basically, plop a nice leather chair and recording mic in front of the cloth so as not to break the illusion of your “quality living,” and you’re good to go. 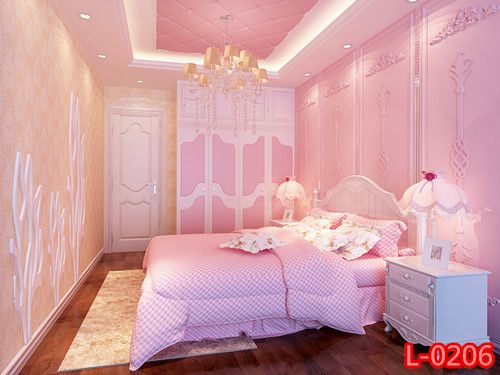 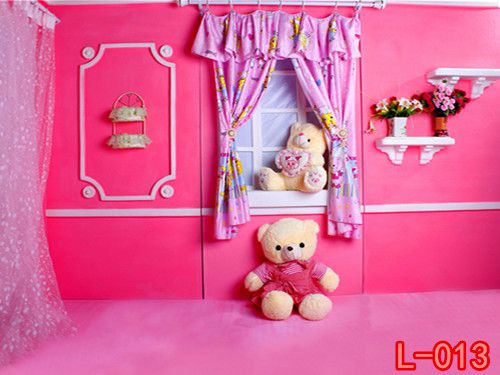 Now, please excuse us as we order a backdrop of Zhongnanhai for the coming day when TWOC decides to start live streaming.