The Economy Of Aging

The Economy Of Aging

Once the director of the Martial Arts Association in Jinhua, Zhejiang province, and a Beijing Olympic torchbearer, 66-year-old Miu Longsheng arrives on set in a wheelchair with the help of his 63-yearold wife, Zhao Linli. Having recently suffered a stroke, he no longer has the ability to walk or speak. Wearing a black and white racing suit and posing in front of a race car with his wife in a matching outfit, the years seem to fall away, and when the crew compliments them, Miu lifts his head back and laughs with joy.

Called the “The Modern Grandpa and Granny Photography Competition,” this event, organized by Natali, a Shanghai healthcare company, was inspired by a series of images created by photographer Xiaoye Jiexi. Xiaoye put his 85-year-old grandfather—a man who lived his entire life in the countryside as a farmer—in modern outfits and took pictures of him hanging out in the city. The shots went viral in early 2016. This optimistic attitude toward aging is an expanding trend in today’s China, one that companies like Natali are keen to indulge. 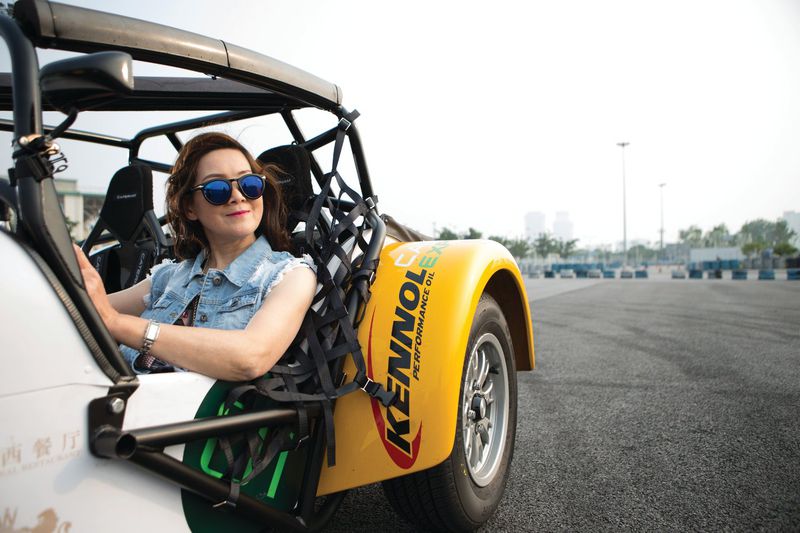 With the help of a group of stylists and Xiaoye himself as the photographer, the competition attracted elderly contestants through local newspapers, giving them a complete makeover. “Many older people are used to a simple, casual life, but we want to show them the possibilities of a colorful life through the transformation of their appearance,” Wan Qinjing, brandmarketing director at Natali, explains. “They can have all kinds of interests and hobbies and, most importantly, people should enjoy a certain quality of life whether they are young or old.”

A similar event, held in June 2016, was the Summer Solstice Music Festival rock concert held at Shanghai’s MAO Livehouse for a senior audience, featuring a band with members all over the age of 50. “The audience was made up of grannies and grandpas who had never heard rock music before,” Wan said. “A doctor on our team thought the music was too loud and warned us that the seniors in the audience might have a heart attack, so when they arrived, our staff tried to persuade them to sit a little bit further from the stage and warned them that it might be too much for them. To our surprise, many refused and took front-row seats.” The concert was a roaring success. 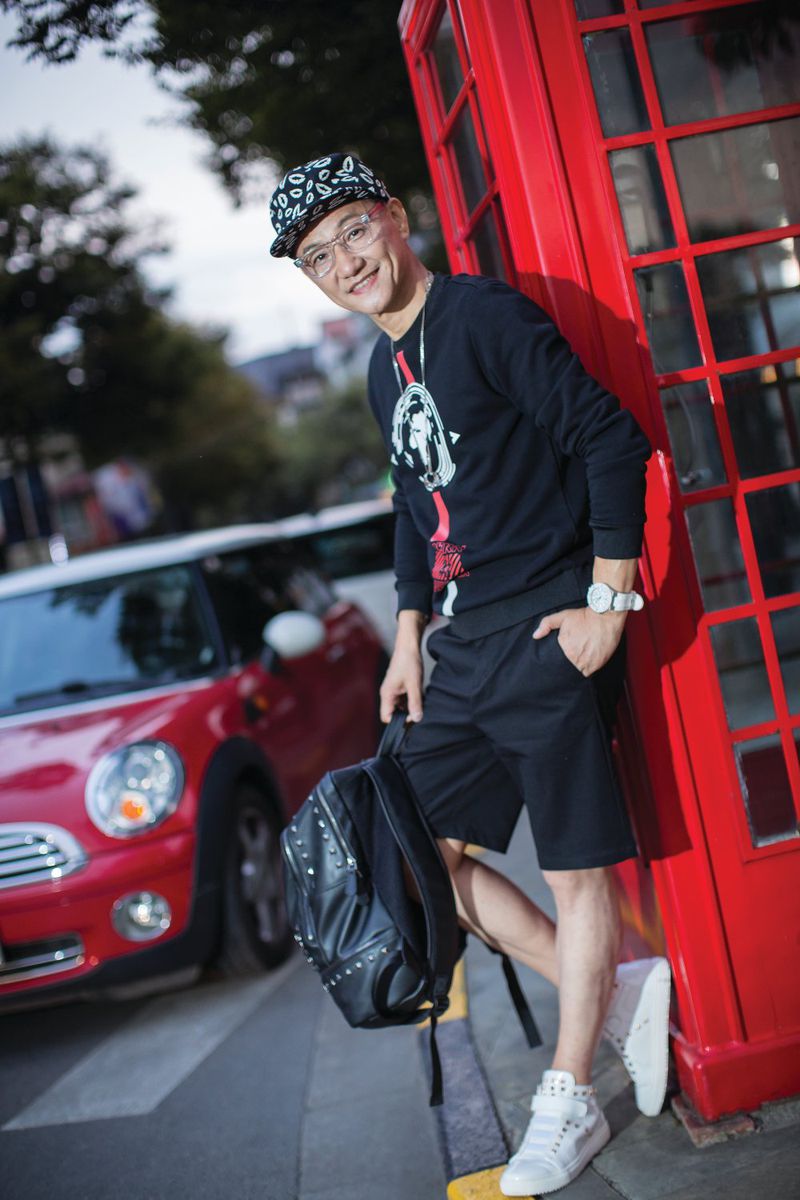 As marketing strategies go, these tactics are certainly different. More often than not, even in commercials and ads for products designed for seniors, they are depicted as the passive recipients, smiling and nodding at their children, who make the money to buy them those products. Today, it seems that the only way an elderly person can make headlines is when tragedy strikes or empty nesters call for the filial attention of their wayward offspring. The elderly are hardly hidden away— seen everywhere in the morning, walking and chatting with friends in exercise in parks—but from a marketing standpoint, most don’t see the elderly as individuals, rather a demographic.

With an aging population, however, changes are bound to happen. By 2050, there will be 300 million people above the age of 60 in China, roughly equal to the entire population of the US. Though it is indeed a challenge to China’s future economy and social security system, the aging population is also a potentially profitable market for healthcare-related service providers and product manufactures. 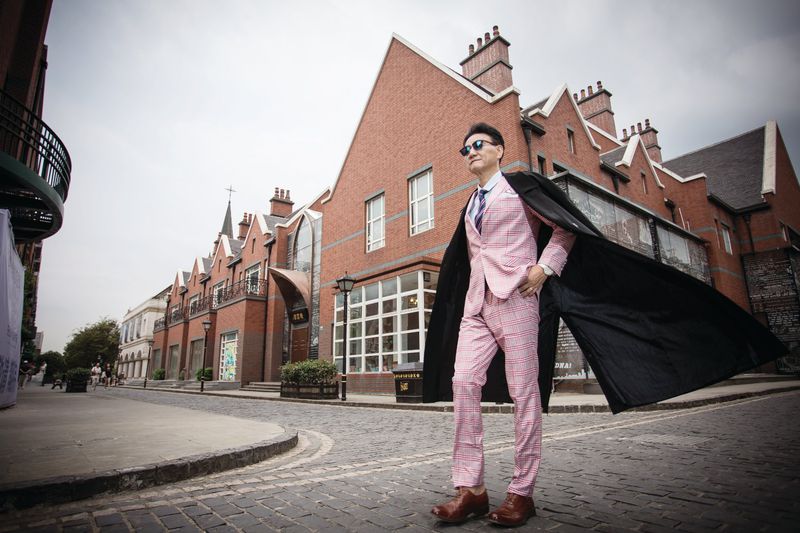 Among these providers is Natali Healthcare Solutions, the largest private healthcare service company in Israel. It joined Sanpower Group, a conglomerate based in Nanjing, through a 70 million USD purchasing deal in 2014. With 30 years of expertise in providing telecare, telemedicine, and emergency medical services, Natali has since expanded to China with the hope of adapting its established business model in the growing Chinese market. From the basic panic button to the more comprehensive homecare and digital “smart care,” the company offers a range of solutions previously unavailable to Chinese consumers, most notably the ability to build a personal health database through devices at home to monitor health and consult medical experts remotely. 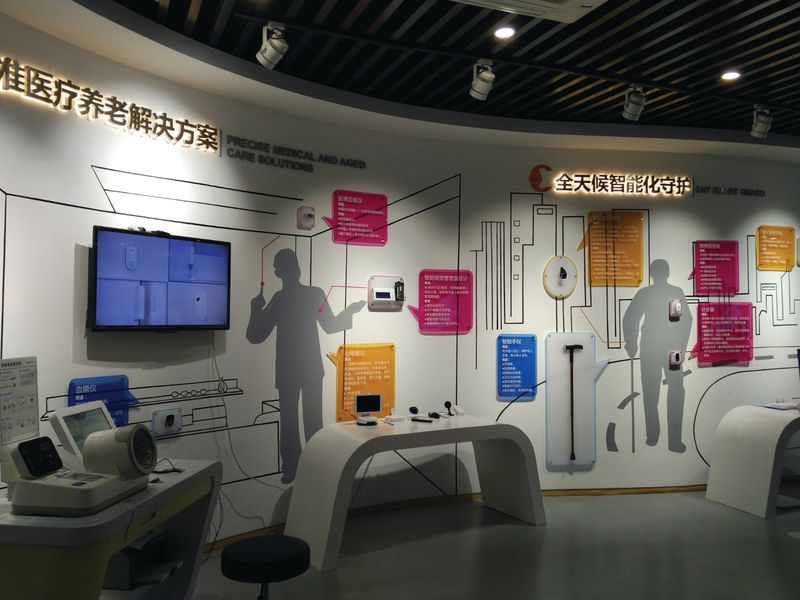 As one of many Chinese companies acquiring overseas brands and assets, Sanpower is certainly bold in its actions. In the same year it purchased Natali, the group also brought British department store group House of Fraser and US fancy gadget retailer Brookstone. When asked about these moves, Yuan Yafei, founder and chairman of Sanpower told China Daily: “The Chinese market is huge enough. But we don’t have enough experience. With the help of money, I can buy Western brands and technologies, which are exactly what Chinese companies lack.” On the other hand, Sanpower’s experience through its own brand in the healthcare sector, Ankangtong, can offer more insights to the local market as a partner company of Natali. 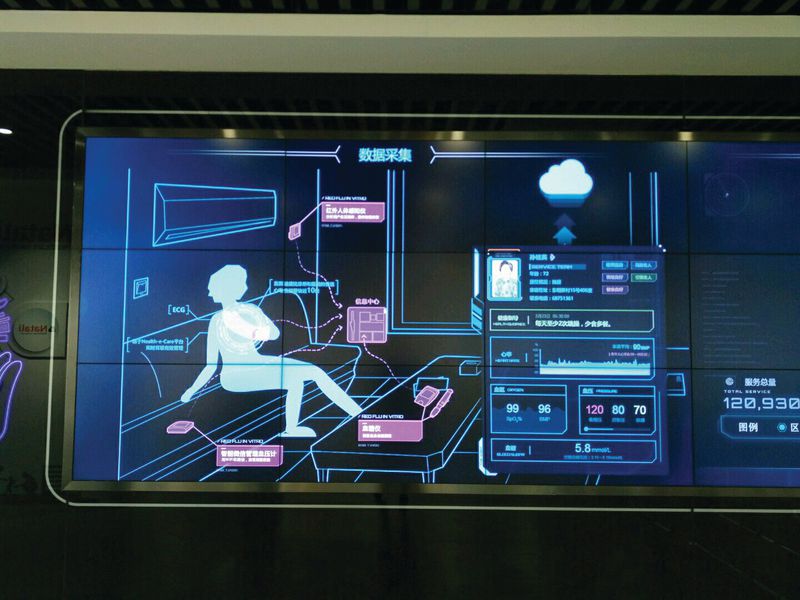 Natali’s thousands of users, gained since it started operations in 2016, is a drop in the bucket compared to Ankangtong’s 2.8 million users across the country. Originally started as a call center in 1998, the company has since spread to Shanghai, Jiangsu, Zhejiang, and eight other provinces, mainly in the form of government procurement and providing access to services such as panic buttons, emergency services, house-keeping, and transportation. 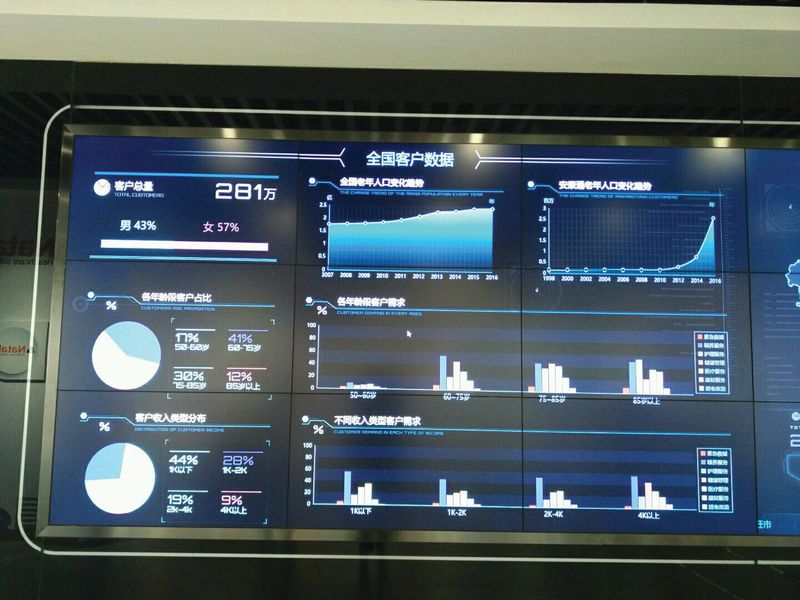 The current model for elderly care promoted by the Chinese government is labeled “9073,” which means 90 percent of the elderly are encouraged to rely on their own family to provide care, seven percent on purchasing services provided by communities, or shequ (residential areas governed by the basic-level city government agencies), and three percent on retirement homes, according to guidelines from the Ministry of Civic Affairs in 2011. Costing only few hundred RMB per year, seniors can subscribe Ankangtong’s services through their shequ.

Considering that 44 percent of Ankangtong’s current users have a monthly income of less than 1,000 RMB, there’s not much room for profit. At the moment the company settles for credibility and reputation and hopes to grow the market in order to cut back on the per-user cost. “Internet Plus” is another opportunity for the company to add value and attract more middle class users. 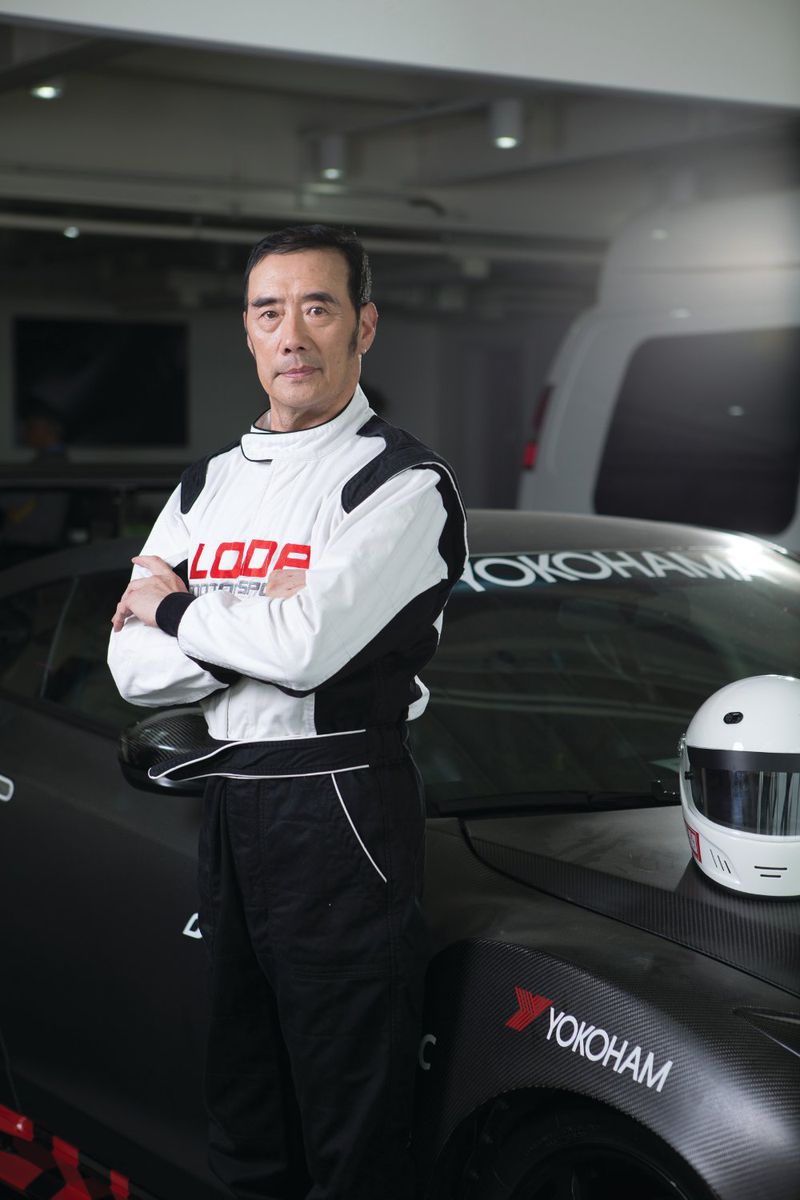 The market is currently limited by the purchasing power of their elderly consumers, and strengthening that power seems difficult, to say the least. For decades China has struggled to build a healthy pension system; the social security tax on employees in the private sector has increased every year, adding up to a staggering 28 percent of an employee’s income, 20 percent of which is paid by the company and eight percent paid by the individual. Today’s pensioners are funded by the current workforce, and the falling ratio of active-to-retired workers and limited channels of pension investment are plaguing China’s ailing social security system.

The government is more than happy to let the private sector take over. Most recently, on December 23, 2016, the State Council announced its plan for “fully open the elderly care service market by 2020,” and encourages enterprises to provide diversified services.

Already an industry leader, there’s still one problem for Natali. “The biggest obstacle we have now is conventional mindsets,” Wan says. “[The customers we target] like to say, ‘I’m fine, I don’t need this,’ even though many of them have the purchasing power. So through these branding events, we are also filtering potential customers who are open-minded about changes and who are willing to pay for a quality-of-life upgrade. We are a business after all, but then, the best situation is to promote public welfare in the process of doing business.”

“The Economy Of Aging” is a story from our issue, “Taobao Town”. To read the entire magazine, become a subscriber and receive the full issue. Alternatively, you can purchase the digital version from the iTunes Store