Shaq proposing, how to eat noodles, farming for clicks, and more

Good morning, afternoon, or evening all, and welcome back to the Viral Week. After a week that saw the consecutive birthdays for the leaders of ‘Merica and China, it all begins again. Coming up on today’s issue, we bring you an explosion at a kindergarten, farming for likes, and Kazaam proposing on Chinese TV. But first…

Noodles are kind of a big deal in China. But eating noodles can cause much grief. Many find themselves digging in to a bowl of beef noodles for lunch, only to have the slurping cause soup to flick onto their work clothes. And if you’re not well-versed in chopstick operation, the results can be even more catastrophic.

Fortunately, there is another way.

This video was posted online and immediately piqued the interest of the online crowd, having been shared and liked tens of thousands of times.

Obviously, something about this simple yet effective consumption method really resonated with audiences.

If you don’t slurp noodle when you eat, you’re not giving them the respect they deserve

Those with OCD will find this very comforting…

In the future, I won’t need to worry about swallowing lipstick

For someone who needs to slurp their noodles to be satisfied, this is really hard to watch

Last week, a 22 year-old man surnamed Xu set off a home-made explosive device outside a kindergarten in Jiangsu province. The resulting explosion killed himself and eight others while leaving over 60 injured.

Officials have now released more information on the suicide bomber. Xu had dropped out of school due to a neurological disorder. He then rented an apartment close to the kindergarten, which the authorities found had words for “death” scratched into the walls. They also found materials for making explosives.

Videos and pictures were initially circulating on Chinese media, but censors quickly put a stop to that. Those media files can still be found on Youtube and Twitter—the following video contains pretty graphic content.

Three Chinese men were arrested in Thailand for operating an illicit farm—not the kind where you might find the latest strains marijuana or opium, but a digital one. 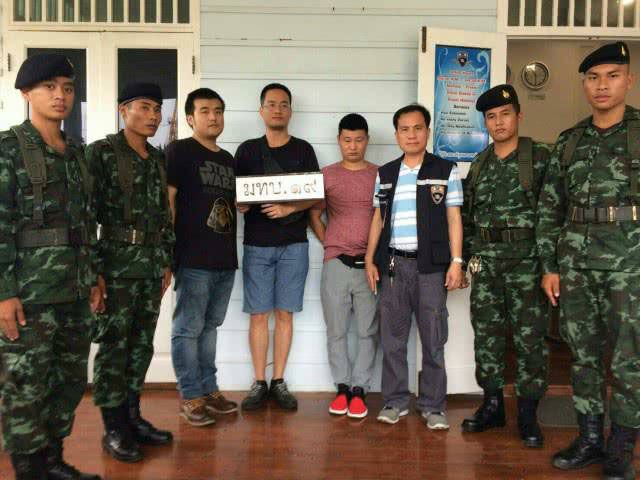 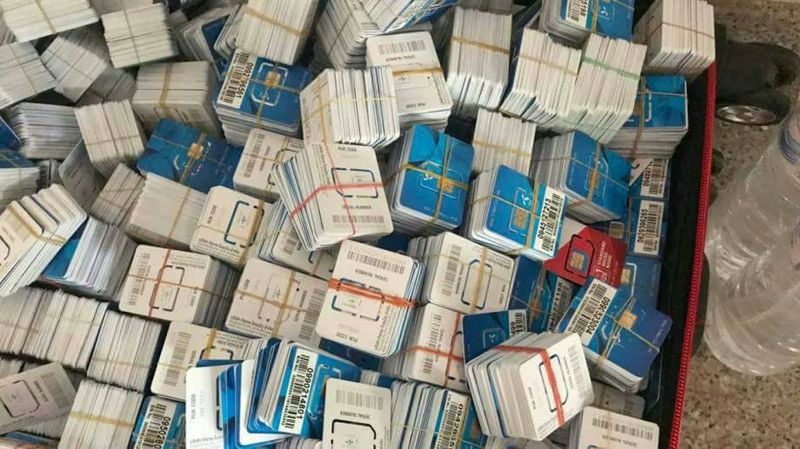 That’s right, much of the fake traffic that one sees on websites and apps might not be created by a complicated computer program. It could be just three guys and a wall of cell phones. 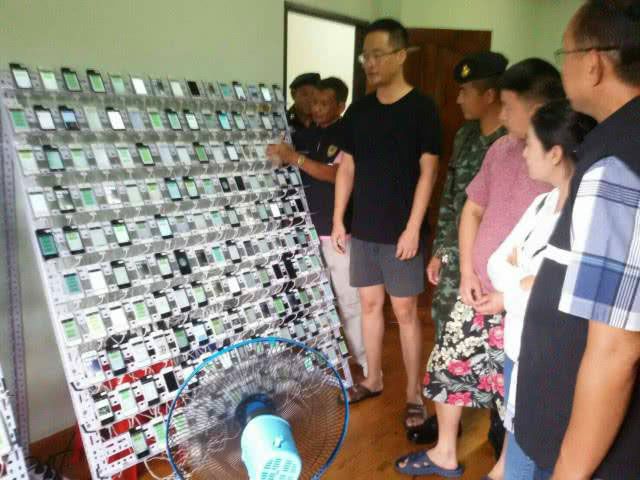 Thai authorities initially believed that the setup was an illegal call center, but the three men quickly explained that their job was simply to pad stats and were given a (performance dependent) salary of up to 4,400 USD.

This type of setup is not uncommon, with many such centers having been documented in China in the past. 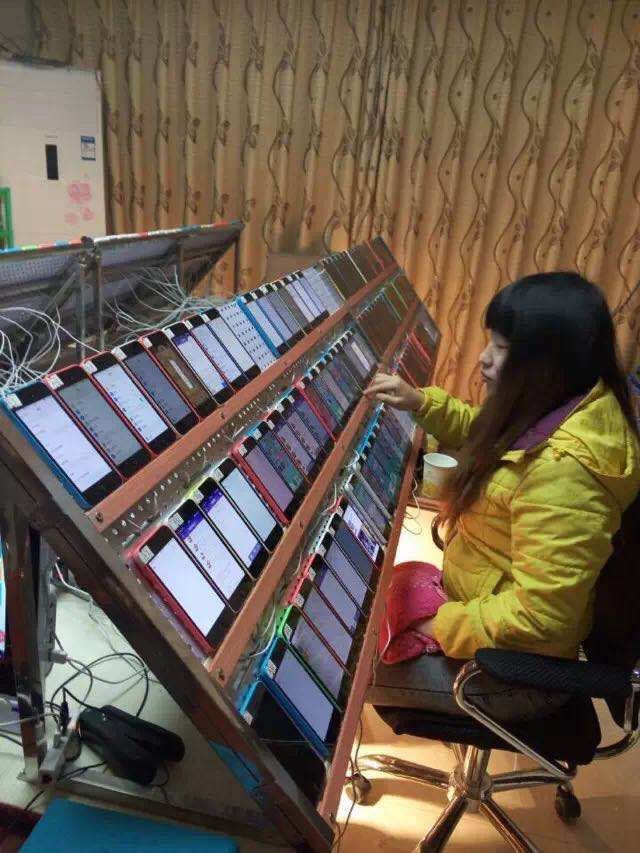 During filming, Shaq took the hand of Victoria Song, the Chinese leader of K-Pop group f(x), knelt down on one knee, and popped the question. 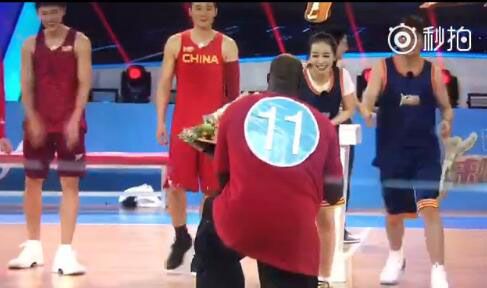 Amid cheers and laughter, Victoria replied that she would have to ask for her mother’s permission.

However, this did not deter The Diesel as he soon posted the following on Weibo. 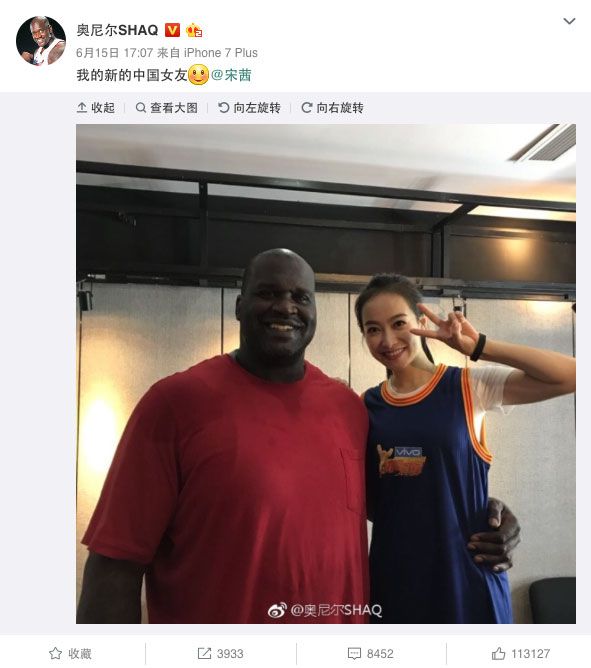 It seems that Shaq is thoroughly unlucky in love as he had previously proposed to Sulli, also from f(x), and declared his love for Angelababy (Independence Day: Resurgence). 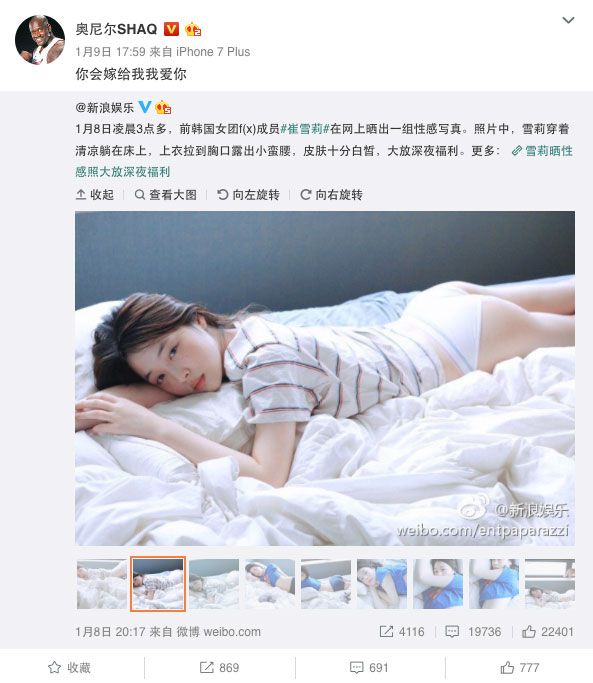 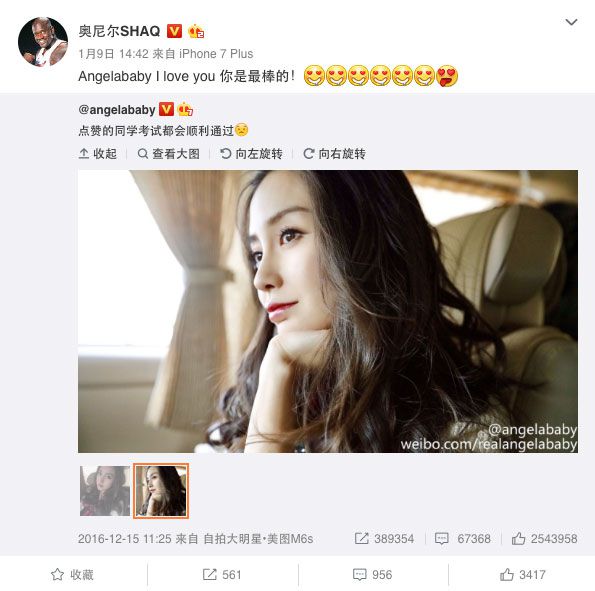 Most recently, Shaq has been reposting pictures with actress Yang Mi. Could she be the next in line? 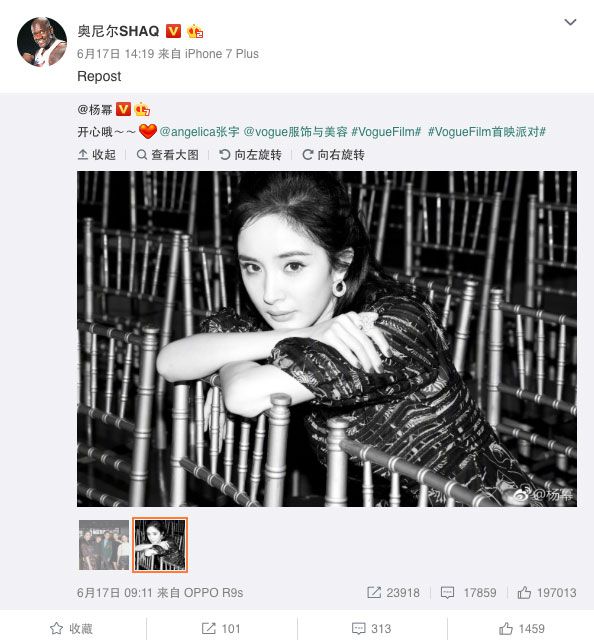