This past weekend saw the opening ceremony for the 13th Chinese National Games in Tianjin.

Known as the “Chinese Olympics” (to absolutely no one outside China), this year’s competition marks the first time that amateurs will be allowed to compete in selected events such as tai chi, chess, and roller skating. The aim is to promote health among Chinese citizens—the official slogan for the Games is “National Games for a Healthy China.”

But despite the huge publicity, with both President Xi Jinping and International Olympic Committee (IOC) president Thomas Bach in attendance, the games have attracted mostly controversy so far.

Even before the event began, there was embarrassment over the official mascot for the games, known as Jinwa or Tianjin Doll. A statue of Jinwa erected outside a Tianjin stadium was taken down, without explanation, after a barrage of online mockery concerning its verdant appearance.

That didn’t stop a supposed human representative of the Jinwa mascot making an appearance during the opening ceremony, to light an official Games torch with the assistance of a robot. 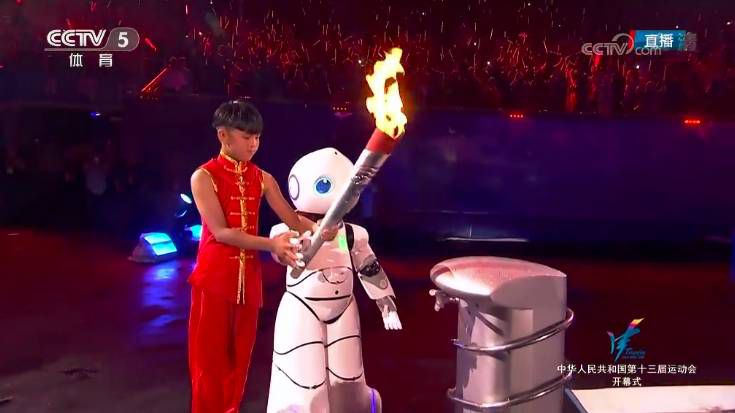 Five overlapping circles were expected to light up—rings almost identical to the famous Olympics symbols. However, just like at the 2014 Sochi Winter Olympics, the fifth ring failed in its one main function. 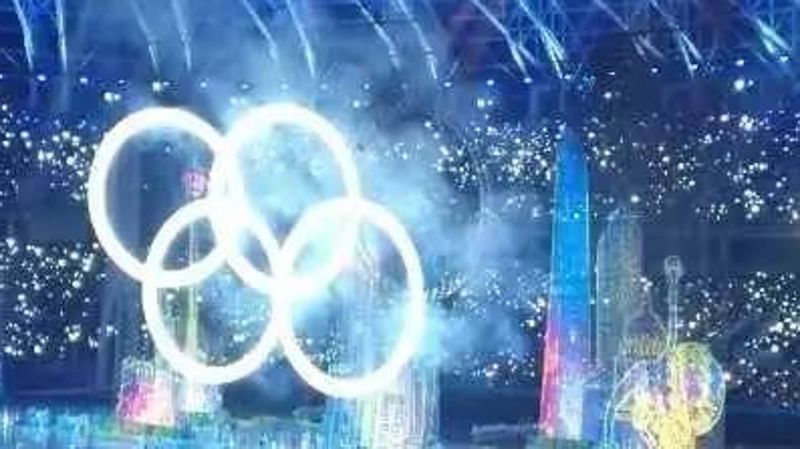 Afterwards, a producer reportedly bowed in apology, explaining that the a bout of unexpected rainfall caused the malfunction. Why were the National Games using a symbol that looked suspiciously like the Olympic rings in the first place? There has, so far, been no explanation—and curiously, no complaint from the normally hyper-litigious IOC, regarding the infringement of its fiercely guarded copyright (amusingly, some have since suggested the four rings may have been a homage to popular government carmaker Audi).

The fuss does draw attention away from another event, sometimes known in China as the “Little Olympics”—the competition being held across the straits in Chinese Taipei, to use the IOC’s nomenclature. The World University Games (also known as the Universiade) are currently nearing completion, but have been marred by disputes from the beginning, with the Chinese team refusing to take part in the opening ceremony.

Since then, there has been a virtual news blackout in China as to the progress of the competition.

In China Daily, for example, which boasts a complete section for the 2011 Universiade that took place in Shenzhen, there has been almost no further news on the Universiade since 2015. There could be many reasons for this lack of interest, ranging from the usual politics to the simple matter of medals—or lack of. In 2011, China blazed through the Shenzhen games and placed top in the medal charts, with a haul of 75 golds. This year, with the closing ceremony to fall on August 30, China has collected only seven gold medals and are currently in 11th place, an embarrassment for the medal-fanatic land.

With the so-called Chinese Olympics starting, China can, at least, top the medal standings in every event—guaranteed.