Decades ago, the whole nation was mobilized to fight sparrows, one of Four Pests holding back China’s modernization

On September 5, a man called Wang was arrested in Tongxiang, Zhejiang province, for killing 44 sparrows. Supposedly, Wang felt peckish while passing a field full of these birds and, being unable to catch any at the time, returned next day with a big nylon net and several bamboo poles to satisfy his urge.

This tiny incident, which would normally merit a paragraph of the local newspaper, prompted several news outlets to issue reminders that sparrows are a protected species in China: It’s prohibited by law for individuals to kill, eat, or sell them, and killing above 20 is a criminal offense. The same bulletins were issued after similar sparrow-killing incidents last year in Taizhou, and in 2015 in Lishui, both also in Zhejiang. They offer linger reminders of violence, ignorance, and prejudice against sparrows that were the legacy of one of the more curious, and tragic episodes of China’s political history: the Four Pests campaign. 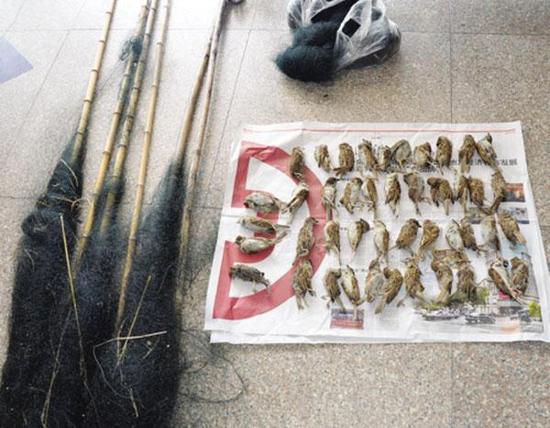 In February 1958, the Great Leap Forward was in its preliminary stages when the Central Committee of the Chinese Communist Party introduced the “Four Pests Campaign” (除四害运动, “Eliminate Four Pests Movement”), which identified sparrows—along with rats, flies, mosquitoes—as public hygiene and health risks needing to be wiped out. In keeping with the collectivists spirit of the Great Leap, whose strident slogans and pseudo-scientific campaigns also stoked the infamous “backyard furnaces“ (to help “surpass UK industrial outputs in 15 years”) and disastrously faked harvest numbers, the matter of pest control was delegated to the masses. Ordinary people were encouraged to organize “sanitation teams,” and go out and eradicate all four creatures wherever they were found. The objection to three of the four pests was transmission of disease: malaria from mosquitos, plague from rats, and a whole cocktail of airborne infections from flies. However, sparrows, or specifically the Eurasian Tree Sparrows, were charged with eating grain seeds and fruits from farmers’ fields, a nuisance to a nation trying to produce grain yields so momentous, they were “like launching a satellite.” 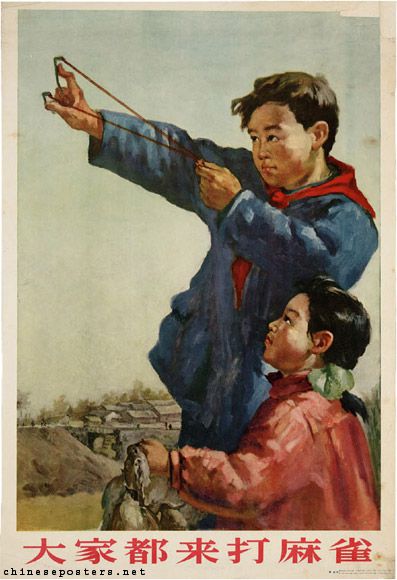 Poster series from in 1959 used in schools (Chineseposters)

Task teams formed by the masses were stationed in fields, or mobilized around cities, to eradicate the birds by forcing them to keep flying until they fell from exhaustion. People took to the streets clanging pots and pans, beating drums, and waving flags to terrorize the birds and prevent them from landing. As a result, millions of sparrows died of exhaustion. Their nests also were torn down, eggs were broken, and many were simply shot down from the sky by slingshots. 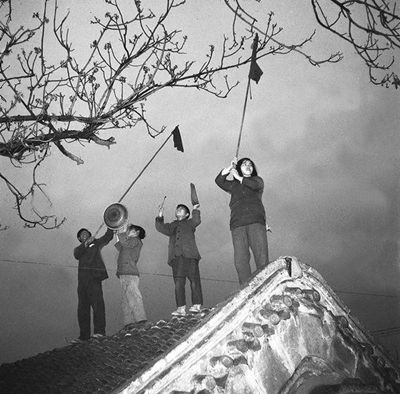 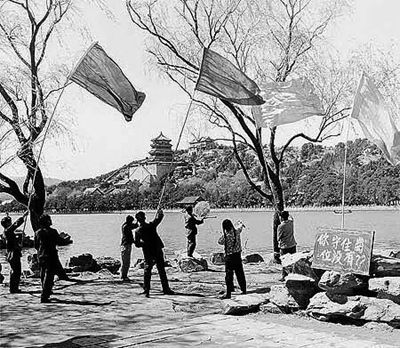 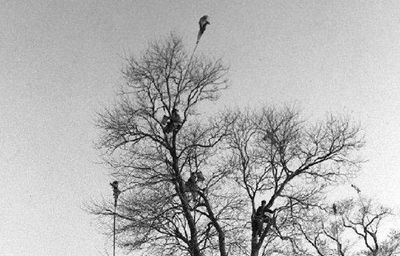 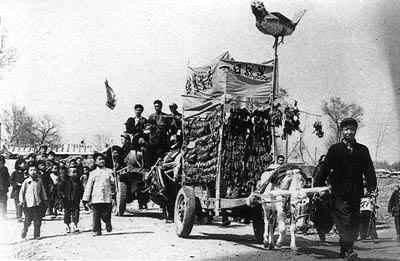 Dead sparrows piled on a cart

But the consequence of ecological imbalance soon became apparent in the early 1960s; it turned out the sparrows not only ate grains and fruits, but grain-consuming insects as well. Without the sparrows to curb the insect population, grain yields decreased substantially. We all know the rest of the story. On the advice of the Chinese Academy of Sciences, Mao declared an end to the Great Sparrow Annihilation, though the Four Pests Campaign continued—with bedbugs replacing the birds, then later still, cockroaches. Wang’s vendetta against sparrows, therefore, not have been in any way disastrous, but it still evokes painful memories of the misguided policies of the planned economy.

Cover image, from Sina, of a poster proclaiming “Young Pioneers! Children! Let’s fight for the elimination of sparrow and increase of grain yields!”