Wipe away those tears because, even though it’s the end of the National Holiday, the Viral Week is back again. Coming up today, we bring you parental spying on children, a husband’s taxi-based apology, a fresh way to do military push-ups, and the hottest new celeb couple in China. But first…

There are two major holidays in China—Chinese New Year and National Day. Chinese New Year is the kind where time off is mandated to be spent with family members, and thus results in most making a trip home. National Day, on the other hand, is the birthday of the nation and so much of the population take the opportunity to reaffirm their appreciation of the motherland. 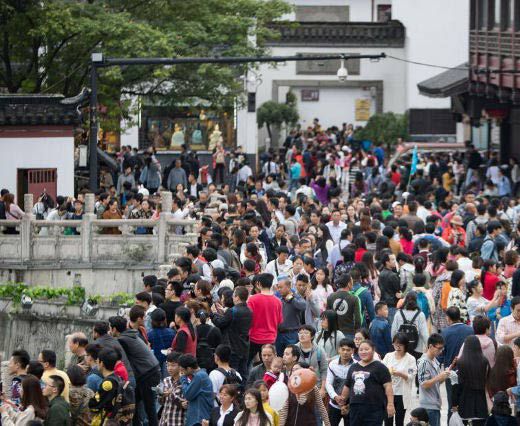 According to reports, almost 500 million Chinese tourists traveled around the country during the first four days of the holiday period, an increase of 11.4 percent compared to the same period last year. 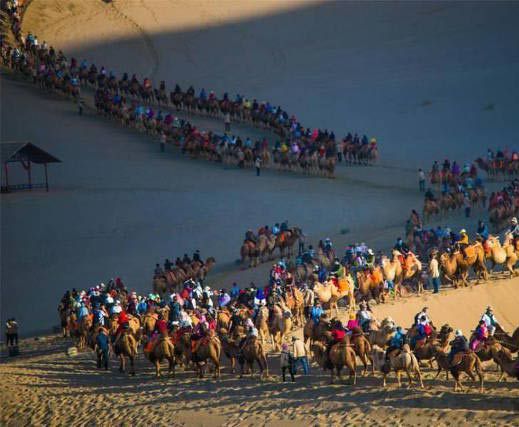 And in terms of spending, Xinhua reported that visitors spent 385.6 billion RMB during this period. Train operators also saw more than ten million users each day. 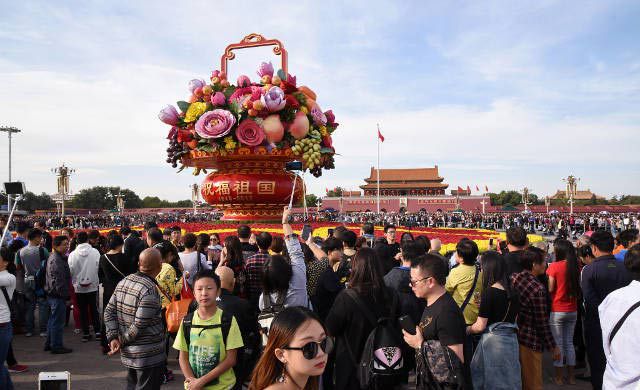 Aren’t you glad you stayed home?

A school in Liaoning province sparked debate when a student’s father complained that surveillance cameras had been installed in his son’s classroom.

The father was given the option of paying one hundred RMB to gain access to the cameras and monitor his son’s classroom performance. After questioning the fee, the father discovered that he was the last parent in his son’s grade to pay up—and that not paying for the service could have detrimental effects on the son’s treatment in class.

In an online poll of parents, 60 percent felt that surveillance is unnecessary, while 33 percent believed that cameras are a good way to keep tabs on both students and teachers. Some Weibo commenters compared this practice to The Truman Show, while the school has responded by saying that video capture of classroom activities is not just for parents to enjoy, but also allows them to help spot undesirable behavior from other students.

This school is not alone in its implementation of public-circuit television. Earlier this year, the New York Times reported that there were thousands of schools running classroom live-streams. Although some have now shut down, there are still many streams of underaged children active.

A Mr Wang recently argued with his wife, which resulted in her storming out. After some reflection, Wang came to the conclusion that he was in the wrong and decided on an apology. All that was left was the method of delivery.

Wang paid three thousand RMB to have his apology advertized on 626 cabs in Guangyuan, Sichuan province, in an attempt to make amends. And the result? It was reported that his wife did indeed call him back, but the results of the negotiation are unknown.

The push-up is one of the most basic and useful exercises known. There are many variations of the exercise, ranging from normal to reptile to plyometric to one-armed.

Recently a video was released that showed a group of young men dressed in military garb doing push-ups that are less “gymnasium” and more “bedroom.”

While the boys struggle with keeping the blood in their arms, the girls on the floor are furiously covering their faces. To ward off accusations of impropriety, the faces of each pair are unaligned, which should prevent any accidental kissing. Unfortunately, the boys find themselves pressed against the chest area.

It is still unclear where this footage when taken, but many have posited that it is a part of the mandatory military training that all freshmen university students have to go through at the start of the year.

Watch out Zhang Ziyi and Wang Feng—there’s a new hot couple in the Chinese entertainment industry.

Lu Han is a singer/actor who was formerly a part of Korean-Chinese pop group EXO. He posted on Weibo for everyone to welcome his new girlfriend, actress Guan Xiaotong.

Lu Han in the middle and Guan Xiaotong on the right (huanqiu.com)

Unfortunately for Guan, Lu Han is extremely popular with female fans and many responded to the post with insults.

The post and Guan’s follow-up have become the most commented and shared posts from the last week, and there are many who refuse to believe in the validity of Lu’s claims. The main reason is that Lu Han and Guan are the two leads in an upcoming TV show where they happen to be love interests. 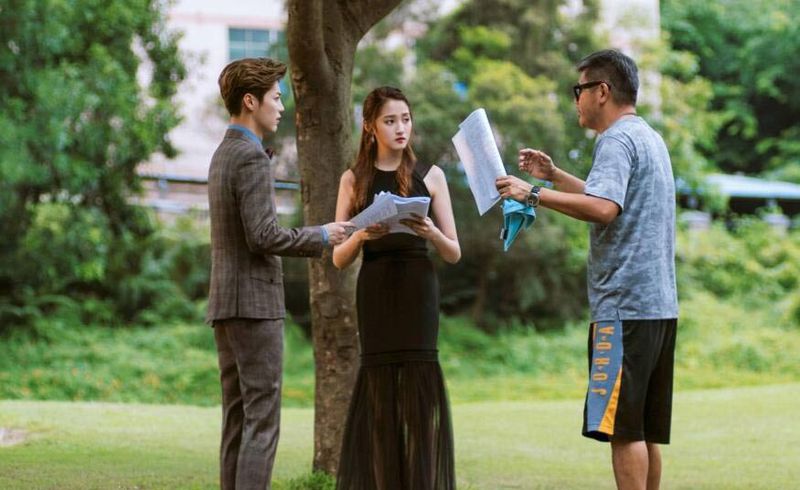 So whether this is simply a publicity stunt or real love, the citizens of China will just have to wait and see, while the rest of us could not care less.