This year, Chinese TV has enjoyed in popularity for an unlikely genre: cultural programs. From Reader, a show about reading books aloud, to The Chinese Poetry Competition to Letters Alive, which examined letters from historical figures, many high-quality shows about Chinese culture have proven to be surprise hits. Recently, another dark horse joined the pack.

On December 3, National Treasure, an 10-episode program aimed at introducing cultural relics, premiered on CCTV, and soon made a splash on China’s social media and video platforms. On Bilibili.com, a website popular among young people which allows viewers to send remarks (known as “bullet subtitles”) scrolling over the broadcast, more than 143,000 comments occupied the whole screen. 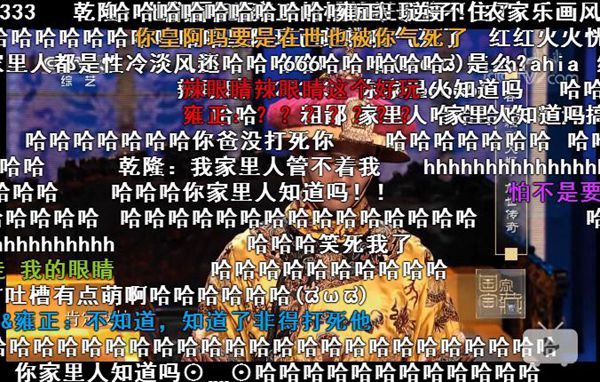 Screenshot from Bilibili: Somewhere under there is a TV show

Already on IMDB-like site Douban, the show has received a remarkable rating of 9.3, on a par with the highly praised documentary Masters in Forbidden City, which focused on cultural relics as well.

As the big brother, the Palace Museum (aka Forbidden City) comes first. In the first episode, three treasures—the painting “A Thousand Miles of Rivers and Mountains,” a large vase dubbed as “Mother of Porcelains” and a 23-hundred-year-old stone drum— were discussed, with the vase, boasting a 15-layer glaze from the Emperor Qianlong era of the Qing dynasty, getting top billing.

However, although it’s considered a masterpiece of the highest porcelain-making skills, the vase’s colorful looks are contrary to Chinese traditional aestheticism of simplicity and elegance, although they happen to conform with the stereotype about Emperor Qianlong’s preference for bright colors and complicated patterns. 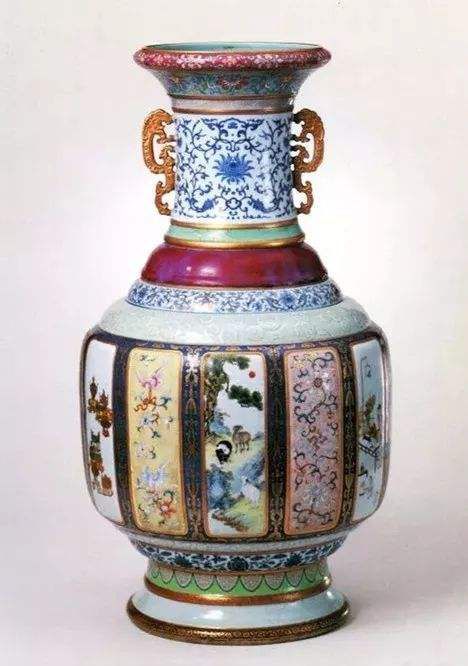 Chinese netizens often mock what they consider Emperor Qianlong Emperor’s poor taste in art, and habit of leaving stamps and comments on many ancient calligraphic and painting masterpieces. Instead of evading this issue, the show made it a punchline. In the short introductory play, Qianlong, played by actor Wang Kai, dreams about famous calligraphist Wang Xizhi, painter Huang Gongwang, and his father Emperor Yongzheng, but none of them like his idea for such an extravagant vase, and they criticize Qianlong’s taste. 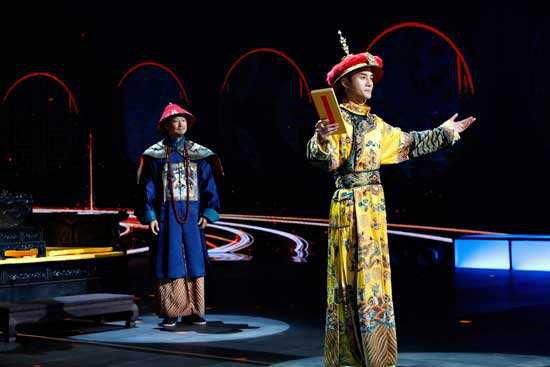 Screenshots were even made into memes, which spread widely. 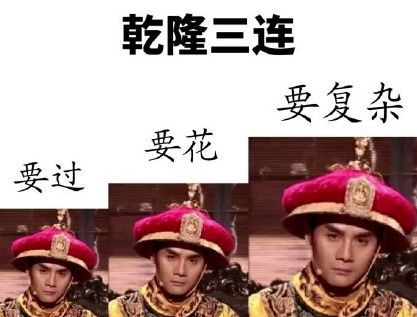 “Emperor Qianlong’s three orders: Be excessive! Be colorful! Be complicated!”

But the show also gave Qianlong an opportunity to defend himself. The ambitious emperor explained that he didn’t wish for everyone to understand and appreciate his taste, and he was just attempting to show China’s unmatched porcelain-making craftsmanship and the inclusiveness of his prosperous country.

The precious painting “A Thousand Miles of Rivers and Mountains” was created by an 18-year-old painter, Wang Ximeng. In the introductory play, Li Chen played Emperor Huizong and showed how the emperor found the young talented painter and supported him to finish such a great work. 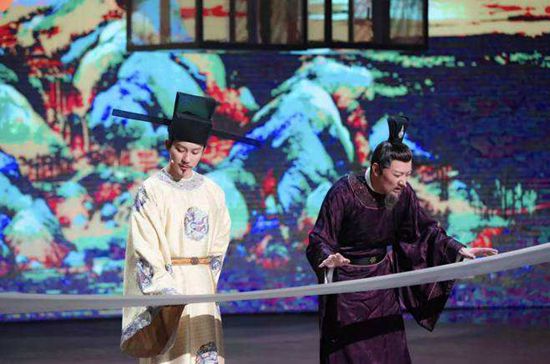 Though some netizens have pointed out the costumes and set pieces are frequently wrong, most audience say they are satisfied with the show.

It’s not wrong to have a keen eye for details. But I think this show has already managed to make more people care about cultural relics and history. I hope they can do better and better. And I don’t think that certain actors stole the show. They were really restrained, making those cultural relics the focus of the program. If the show invited an unknown person to star, how many viewers will want to watch it then?