Highlights and strangest proposals from this year’s national congress

The skies are clear and yet another session of the Chinese People’s Political Consultative Congress (CPPCC) has wrapped up at the Great Hall of the People.

Established by the constitution of the PRC in 1949, the CPPCC convenes representatives from minor parties and interest groups, as well as experts in fields such as business and the entertainment industry, to advise the policy-making process.

A meeting of such varied interests and agendas always lead to an interesting mix of suggestions—this was the body responsible, in its first session, for approving the flag, national anthem, and capital city, as well as national standards for senior citizens’ canes and raising boys’ compulsory education age to 8 (“so they can play longer”) in more recent editions. This year was less full of daft proposals than usual but there some minor exceptions:

As delegate He Yun’ao told the Beijing Youth Daily the aim of the proposal is not to “punish, but create a good public environment,” saying, “People used to be fined for spitting, though the amount was…just 20 to 50 RMB…aside from education, clear boundaries let people know what actions are and aren’t acceptable.”

Confusingly, Hu doesn’t include “joking” and “satirizing” under the heading of “shaming,” and said there needed to be better research distinguish the two.

Lessons for life (and death)

Representing the Buddhist delegation at the CPPCC, Guangdong Buddhist Association director Master Ming Sheng proposed to add “Life Education” to the national curriculum—though the course might be a bit of a misnomer.

As the representative’s proposal states: “Due to the lack of ‘life education’ in China, citizens only focus on ‘living well,’ but not ‘dying well.’ They always avoid direct confrontation with the subject of death…this has led to many instances of student murders, self-harm, suicide, and animal torture.”

According to the proposal, the Life Education curriculum would include textbook content with age-appropriate instruction on the meaning and preciousness of life, as well as popular media reinforcing people’s respect for life. There would also be broader-based social movements to encourage vegetarianism, responsible farming and slaughter, and reducing one’s carbon footprint.

Red road trips for the kids

Tui was seeking state funding for these proposed jaunts, which he suggested should include Shaoshan, where Mao grew up, Zunyi in Guizhou, where Mao secured his leadership of the Party, and Yan’an in Shaanxi, where Mao spent many years learning the delights of cave dwelling and guerrilla warfare with his Red Army. There are 428 official “national patriotic education” bases—so if Tuo’s proposals get the OK, the kids could be spending a lot more time outside the classroom than in.

Yang Guoqiang, CEO of Guangdong real estate developer Country Garden, has proposed prohibiting young people under 20 from seeking work. This appears to be referring to rural communities, where large populations of youths drop out of school to become internal migrants in China’s cities.

As Yang said at a press conference, “The law [should] require all youths to receive education, to learn how to be people and how do things, how to be a qualified and law abiding citizen, and not go out to work until they are 20.”

Can’t afford the expense? Just foist it onto your grandchildren: “If they have no money, the country should cover their education, record this fact, and let their descendents pay it back when they have money,” Yang continued. “In 40 years, all workers in the country will have skill and culture; their suzhi [quality] will be among the world’s finest.

Product placement for the people

A Yunnan representative talks about poverty relief through apples 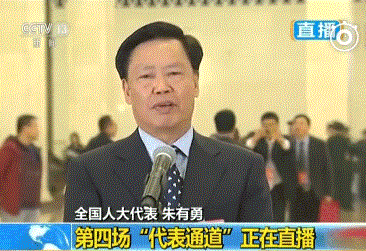 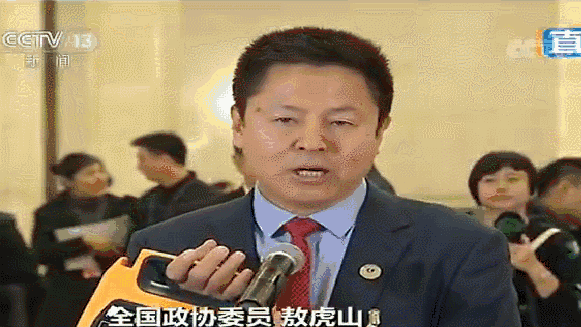