This week, a new document sets out the rules for not getting blocked online, a crayfish performs a heroic act of self-sacrifice, and a bizarre family suicide stirs controversy online. But first…

When it comes to helping someone who fell over by accident, Good Samaritans in China often hesitate—and for good reason. In 2006, a Nanjing resident called Peng was infamously hit with a compensation claim of more than 40,000 RMB after he accompanied an old woman to the hospital, who then claimed Peng had knocked her down. The incident made national headlines. Later, in a number of cases across China, pedestrians have repeatedly hesitated or refused to extend a helping hand when seeing fallen senior, leading to several deaths, including the notorious and tragic case of Yue Yue, a toddler who was run over and left to die by a series of passersby.

But compensation scams are a real and persistent problem in China, which does justify the bystander effect to many. Recently, a woman in Anhui tried pulling this trick—on a policeman. When the old woman toppled to the street after driving her tricycle too fast, one Officer Hu happened to be passing by on routine patrol, and went over to help her.

Two days later, the woman’s relative came to the police station, claiming Hu’s police car had hit the woman. But on seeing dashcam-surveillance video showing otherwise, the cheeky blagger changed his tune, saying that it was instead the presence of a police car that had scared the woman, causing her to take a tumble. It seems that swindlers have no bottom to their shamelessness; but, as netizens joked: “Do a check on her; she may be a fugitive. Why else would she be afraid of a police car?”

How not to go viral: Censorship rules explained

A young woman’s popular viral videos, featuring enthusiastically “shaking head” dancing on one of China’s most-popular new apps, Douyin, aka Tik Tok, acquired 10 of millions of views in just 10 days — before suddenly being banned. The mystery of how “shaking girl” shot to such instant fame and why she was suddenly persona non grata on the app seems to have no simple explanation: Even this detailed Sina post on the subject will likely leave you none the wiser. One possible explanation may lie in the revelation of a list of rules, entitled “Management requirements for live service information and content,” by the powerful Cyberspace Administration of China, that are now serving as “a master guideline for content blocking by some of the country’s most-used video sites,” according to multiple sources in the industry.

These apparently include banning content such as cursing, smoking, drinking, tattoos, “images of leaders and Western political critiques,” “flirtatious dancing” (which would kinda-sorta-but not really explain the nixing of those shaking videos) to anything that might be construed as even vaguely vulgar — such as posts with beds or sofa (huh?) in the background. More details in this report by Canada’s Globe & Mail but it looks like going viral just got that much harder…

The complex case of a family found to have committed joint-suicide in a car in Lanshan, Hunan province on May 29 has prompted many to question their motives—and police to accuse netizens of prompting the tragedy.

Lanshan police said they found a man, 55, and a woman, 28, both surnamed Deng, already dead, while another woman, 54, surnamed Liu, alive but suffering from serious wrist injuries.The three were confirmed to be all from the same family. A preliminary investigation showed they had cut their wrists after taking sleeping pills, and injecting themselves with large doses of insulin.

Apparently, their will to kill themselves was stronger than most. About a week previously, the daughter posted a suicide note on her Weibo account, saying the whole family had decided to kill themselves because her father had been trapped in a huge debt. The post caused a sensation on social media, and Hainan police managed to find and save the family, perhaps thanks to the information netizens contributed.

However, after the family were saved, some netizens began to question whether they were truly trying to commit suicide or just wanted to win sympathy or even crowd-fund. Netizens began digging, found pictures of one family member on holiday, and the mob justice spiralled from there. An official from Lanshan Public Security Bureau told the Beijing Youth Daily that, though the family had already been dissuaded from killing themselves again, their lives were now serious disturbed by continuous mean calls and texts after their information was posted online..

On May 21, the daughter wrote in another Weibo post that “I didn’t mean to attract public attention or raise a fund.” Now, it seems that some people might actually believe her.

Crafty crayfish chops off own claw to escape death

This is the noticeable moment that a crustacean desperately removed its own claw to survive ending up in a hot spicy soup at a Chinese hotpot restaurant. 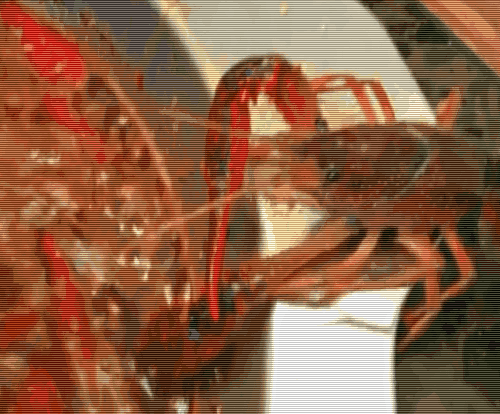 The astonishing clip of the crayfish sacrificing its left claw to free the rest of its body and wriggle away was captured by social media user Jiuke, who added it to China’s Weibo, where it went viral.

Netizens offered their support of the tenacious crustacean, suggesting compassion towards this small crayfish with “a warrior’s broken arm.” Jiuke responded that he had adopted the plucky pest as a pet. “I let him live, I already took him home and am raising him in an aquarium,” he said. Some users were worried about whether a crayfish could still live with merely one claw, whereas marine professionals indicated that they could grow limbs back in their 22-month lifespan.

Similar circumstances have happened before, such as a crab escaping from a cooking pan to save its life. But, as the Guardian pointed out, the crayfish has become popular in part because this virulent invasive species spreads so fast and practically requires mass consumption to keep at bay: “[they] are originally thought to have been imported into China by Japanese traders in order to feed bullfrogs in the early part of the last century,” the paper noted, and adds that they “were regarded with dread by farmers whose terraced rice fields were damaged by the creatures’ digging.”