In spite of the boost from China’s special green license plate, Tesla hits a roadblock

When 1,600 new Tesla Model 3 cars were stopped at Chinese customs for “irregularities” earlier this week, stockholders panicked. Was Tesla founder Elon Musk’s midnight hotpot in Beijing and groundbreaking ceremony for a factory in Shanghai still not enough to establish Tesla’s bona fides with Chinese authorities? By the morning, the issue had apparently been resolved, with a Tesla spokesperson blaming a “label misprint.”

But the incident highlighted the pitfalls Tesla may face in its bid to capture a sizeable slice of the Chinese automobile market. Although car purchases dropped last year, for the first time since 1990, Tesla has mainly relied on its well-cultivated public image, as well as implicit support for the electric vehicle (EV) industry in China, to gain market share. That doesn’t mean Tesla is likely to be a major player in China’s EV market, though—in 2017, 96 percent of EVs bought in China were Chinese-made. While these may be cheaper, China has yet to show it can produce a commercially viable luxury EV of its own.

In 2017, the Ministry of Public Security began to issue special green license plates for EVs and car buyers immediately saw an opportunity to skip the line in the license-plate lottery, a system common in most Chinese cities to curb pollution. (In Beijing, there are 3 million people waiting in the lottery, with the odds of winning a discouraging 1 to 500.) 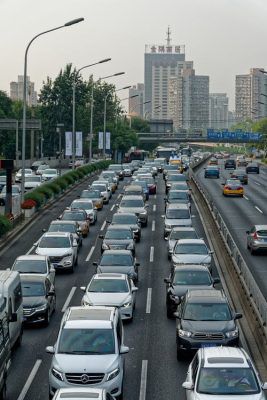 Tesla, which offered both luxury status and laxer license plate regulations for EVs, was one of the chief beneficiaries. However, the loophole was short-lived. By 2019, so many Beijingers had applied for an EV license plate that, with only 60,000 Beijing plates available for 2019, experts estimated it could take up to eight years to actually purchase a car. 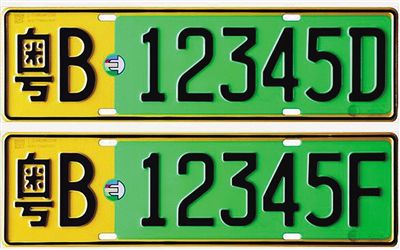 License plates for EVs are green, instead of the traditional blue (Wikipedia)

Meanwhile, Chinese upstarts are looking for inroads into China’s luxury EV market. Last year, Qiantu opened its own concept and lifestyle store in Beijing’s Sanlitun, and offered test drives of its vibrant orange sports cars in the popular shopping area; customers should be willing to drop 754,300 RMB to order one of its signature K50 (although the website notes it will likely be 686,800 RMB after subsidies). The five-year-old start-up Nio (蔚来 in Chinese), “a self-declared rival” of Tesla which  offers little else but “fancy accessories” (and does not even produce its own cars), has still been catching up on Tesla sales. 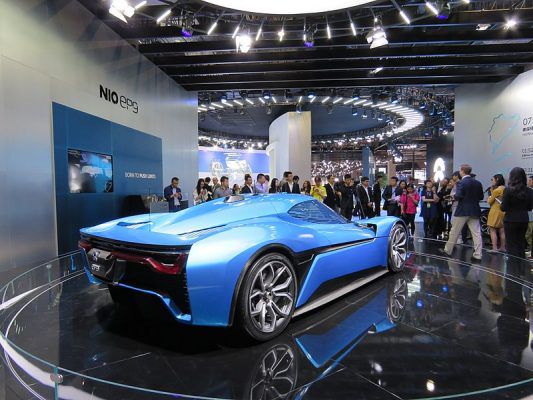 NIO cars may have unique designs, but critics say it lacks most everything else (Wikimedia)

Tesla has meanwhile irked some of its Chinese consumers by lowering prices for its Model S and Model X, with customers at a Tesla storefront in Changsha protesting with banners saying “Don’t buy now, buy tomorrow at a discount.” The Global Times quoted a Weibo user named Luweijuzi, who bought a Tesla before the unexpected March discount: “I received Tesla’s Model X on February 25, and I only drove this car for five days before Tesla announced a price reduction of 174,300 yuan ($25,989.87)…That’s unfair.”