It’s one of the deadliest structural failures you’ve never heard of. While HBO’s Chernobyl is gaining plaudits for its detailed depiction of the worst nuclear accident in history, China’s Banqiao Dam Disaster has only a few CCTV documentaries to its name.

Indeed, few outside of Henan province remember the 1975 incident, which occurred just a decade before the infamous Reactor 4 meltdown in Pripyat, Ukraine, 1986. At the time, the Cultural Revolution had isolated China from the world’s gaze, the death tolls from disasters were treated as state secrets.

The 150-foot Banqiao Dam was completed in 1952 near the city of Zhumadian. It had been intended to “Harness the Huai River,” according to a decreed by Mao Zedong, and bring better flood protection to a region long known for deadly inundations and grinding poverty. Made of clay, the so-called “Iron Dam” was considered a miracle of Communist engineering, a Soviet-designed, Chinese-built hydroelectric project built fit to survive a typhoon. 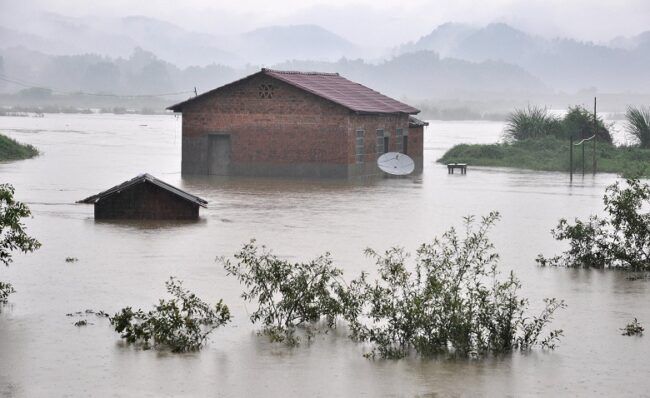 From the beginning, however, the project was dogged with problems and safety concerns; cracks appeared, and had to be repaired, soon after operations began. The dam was equipped with only five sluice gates, seven less than the recommended amount.

Leading hydrologist Chen Xing had criticized that design, as well as other designs he’d helped oversee. He’d begun to fear that dams were raising Henan’s water table to dangerous levels, and wasn’t afraid to speak out. (If there was a TV series, Chen would be the equivalent of Chernobyl’s defeated protagonist Valery Legasov, who was labeled a “rightist opportunist” over his criticisms about safety and saw his career stall, only to have his fears confirmed in the worst way possible.)

However, at the time Banqiao was erected, Mao had been obsessed with dams, penning verses on their capacity for subjugating nature to humanity’s will (“Walls of stone will stand upstream to the west …The mountain goddess if she is still there/ Will marvel at a world so changed,” goes one). The construction of hundreds of dams was ordered across the country. By 1975, however, Mao’s attentions had been distracted by power struggles within the Party, and his health was failing.

On August 5, 1975, Typhoon Nina, which had been battering the coast of Taiwan, took a surprise turn north, eventually settling over the Huai River Basin. By August 8, it had poured a year’s worth of rain in under 24 hours onto Zhumadian, an area with a population of 7 million—a 2,000-year record. The “days were like nights as rain fell like arrows,” survivors later recalled. “The mountains were covered all over by dead sparrows.”

Before communication lines were knocked out, the authorities had instructed Banqiao not to leave its sluice gates fully open to prevent further flooding downstream. By the time the panicked crew hurried to disobey the order, it was too late. By the early hours of the 8th, waters were lapping at the top of the Iron Dam faster than it could drain. When the skies miraculously cleared at 1 a.m., Banqiao workers, frenziedly stacking sandbags amidst the worst weather in centuries, briefly imagined they might be saved: storm clouds rolled back; stars emerged; there were excited shouts that the waters were retreating.

Then, a sound “like the sky was collapsing and the earth was cracking”: “The River Dragon has come!” someone is supposed to have cried. Six billion liters of water, about 280,000 Olympic-sized swimming pools, cascaded onto the valley below. Whole towns were demolished; 85,000 died instantly, according to estimates compiled in 1989.

With all communications down, there was no chance of warnings or evacuation further down the line either. Traveling at 50 kilometers per hour, the floodwaters took out a further 61 dams in quick succession, unleashing more reservoirs, exacerbating the damage, and impeding further rescue efforts.

Over a week later, more than a million remained stranded in the disaster zone. Dike maintenance had been neglected during the Cultural Revolution, and there was nowhere for the water to drain. According to the declassified report, survivors who’d clung to trees or rooftops were forced to eat leaves and livestock carcasses. Famine and plague claimed tens of thousands more than the original domino-like disaster. When the flood finally retreated, weeks later, it left behind thousands of rotting corpses in the summer heat. 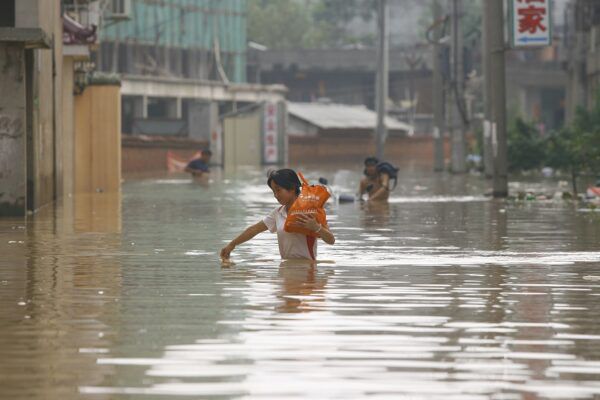 The “Zhumadian Reservoir Dam Break Incident” (驻马店水库溃坝事件), also known as the “758 Incident” (referring to its occurrence in August 1975), received little coverage at the time; it wasn’t for another thirty years, during a similar dam-building frenzy, that the topic would be considered suitable for discussion. “Floods and drought are a fact of life for much of China,” the People’s Daily noted in 2005, adding that “Chinese should be prepared for any devastating floods in the future.”

Official records show a total of 26,000 deaths from the Banqiao Incident, and more than 10 million people affected—a far worse toll than anything depicted in Chernobyl. It also under-estimates the true scale of the disaster, according to many meteorologist, including Henan Water Resources official Wan Yanrong. But while a 2005 seminar in Beijing lifted restrictions on casualty figures, declaring the Banqiao Disaster finally fit for debate, it’s unlikely to be similarly commemorated on Chinese screens anytime soon. In Shan Weijian’s memoir, the Cultural Revolution is the catalyst to a global financial career