In order to make the most of a loved one’s last days, is it a good idea to hide from her that she’s dying? One’s perspective on this question, suggests director Lulu Wang in The Farewell, depends on one’s culture.

Adapted from an episode Wang wrote for NPR’s podcast series This American Life, the story is based on Wang’s experience with her own terminally ill grandmother. Wang’s family drama opened in US theaters in July amid rising interest in Asian American media, exemplified by last summer’s Crazy Rich Asians and this May’s Netflix rom-com Always Be My Maybe.

But unlike these more derivative works—a modern Cinderella story and a When Harry Met Sally remake, respectively—Wang’s second feature film is shot almost 75 percent in Mandarin, with a central premise that may be puzzling or alienating to American theatergoers. And still, it managed to shatter the year’s per-theater box office record set by Avengers: Endgame on its opening weekend.

The film’s central moral dilemma is represented by its viewpoint character, a first-generation Chinese-American named Billi, played by rapper and actress Awkwafina in a rare dramatic role. Billi’s parents try to prevent her from going to her cousin Hao Hao’s wedding in China, as she “can’t hide [her] emotions.”

This is because the hasty wedding is just a pretext for the family to say goodbye to Billi’s grandmother, “Nai Nai,” who has been kept in the dark about her lung cancer’s prognosis so it won’t “ruin her good mood” at this rare family reunion. Wang’s real-life grandmother’s hometown, Changchun, was the setting of the film

Lies, big and small, drive the action and drama throughout the movie. In the opening scenes, a bareheaded Billi assures Nai Nai over the phone that she is wearing a hat, as the latter worries about her being cold in New York. When Billi hears an obscured hospital announcement on Nai Nai’s end, Nai Nai lies that it was the voice of her great-aunt, in order not to worry her granddaughter.

Later, Billi flies to her grandmother’s hometown of Changchun behind her parents’ backs, and the family goes to zany lengths to put on a celebration while trying to keep their sadness in check.

Billi wrestles with her Americanized ethics, which tell her that Nai Nai has the right to know crucial information about her own life. Her Chinese family, though, believes that it is their collective duty to spare their loved one from an unhappy burden. Eventually, Nai Nai’s doctor reveals that he told a similar lie to his own grandmother, and Billi finds out that Nai Nai had lied to her husband before his death from cancer years ago.

Still, Wang manages to interweave the family’s compassion and concern for one another amid their apparent penchant for dishonesty: the eerie operatic music in scenes where the family exchanges grim looks behind Nai Nai’s back speaks of how much they will miss her; during the wedding reception, as the camera spins to dizzying effect, Billi embraces Hao Hao when he cannot control his grief after too many drinks. When Nai Nai encourages Billi to make a speech onstage, instead of a dramatic reveal, she stutters in broken Mandarin about how special it is to be in China with her family.

It’s these kernels of genuine compassion that help the film traverse its surface cultural disconnects, and by extension, the atmosphere of fear and otherness that pervade media representations of Asian cultures. Wang has said in interviews that she was surprised to hear not just from Chinese viewers, but viewers from other cultures, whose families hid similar truths.

At the close of the film, the family assembles to take a photo under an artificial rainbow arch, while Hao Hao continues to sob and Nai Nai beams at the front and center. Just as a rainbow is an illusion of water and light, visible only when all components align, so a family tells what beautiful and fleeting lies it can to keep itself together. –Donna Karimi

Billi: Do you think we should tell grandma?

Aunt: Wouldn’t that be too painful?

Aunt: If you tell her, you’ll ruin her good mood, right?

If You Are Happy

College professor Fu Chong (Guan Xuan) wants to send his daughter into a top primary school in Shanghai. However, the owner of the old longtang house he intends to buy in the school district has raised the asking price. Having put up his own apartment for sale, Fu has to decide within 72 hours if he will honor an agreement with his housekeeper, who wants to buy Fu’s apartment for her son with her life’s savings, or sell to a higher bidder. Produced on a limited budget, the film is a realistic depiction of today’s education system, where unbalanced resources put intense pressure on urban parents to make sure their children don’t “lose at the starting line.” A popular rebel from Chinese myths, perhaps only second to the Monkey King, Ne Zha has appeared in ancient classics such as Creation of Gods and Journey to the West, as well as countless folk tales where he is depicted as a child or teenaged warrior who fights evil. Ne Zha, the animation, gives the ancient story a new spin: Born the reincarnation of an evil spirit, Ne Zha felt rejected by the outside world despite his loving parents. He is feared by his village, and causes frequent destruction, while a rare friend he makes is predestined to be his enemy. A clash between the two sees both striving to take fate into their own hands. 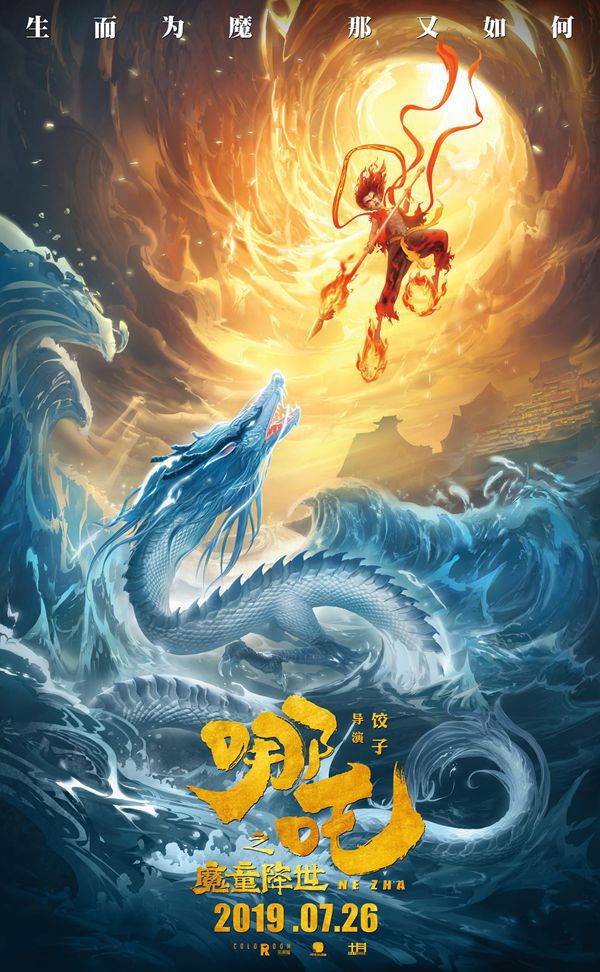 In a remote Muslim village in Ningxia, Gubai (Luo Kewang) is ready to remain single all his life due to a strange illness that causes him to faint from heavy labor or intense emotions—until he meets Axiyan (Ma Siqi), a beautiful woman from a nearby village, through a matchmaker. To Gubai’s surprise, Axiyan agrees to marry him, and the two start of their life together awkwardly, both reluctant to open up about the secrets they are keeping. A rare representation of rural life and the Muslim culture of the Hui ethnic group on the big screen, Red Flowers is a simple but moving story of love, faith, and responsibility, starring amateur actors from mountainous southern Ningxia. Send Me to the Clouds

Journalist Sheng Nan (Yao Chen)—29, unmarried, and diagnosed with ovarian cancer—gets hired by a rich industrialist to write a biography of his hermit father. Journeying into Guizhou’s lush countryside with her needy mother, Sheng Nan meets assorted characters with different interpretation of love and happiness: the mystical hermit and his boorish son; a colleague who chases women and money; and a young man (Yuan Hong) who has his head in the clouds—but may not be all that he seems. The magical-realistic film takes its title from a poem in the novel Dream of the Red Chamber, rhapsodizing the high-flying willow catkin. –Liu Jue (刘珏) and Hatty liu 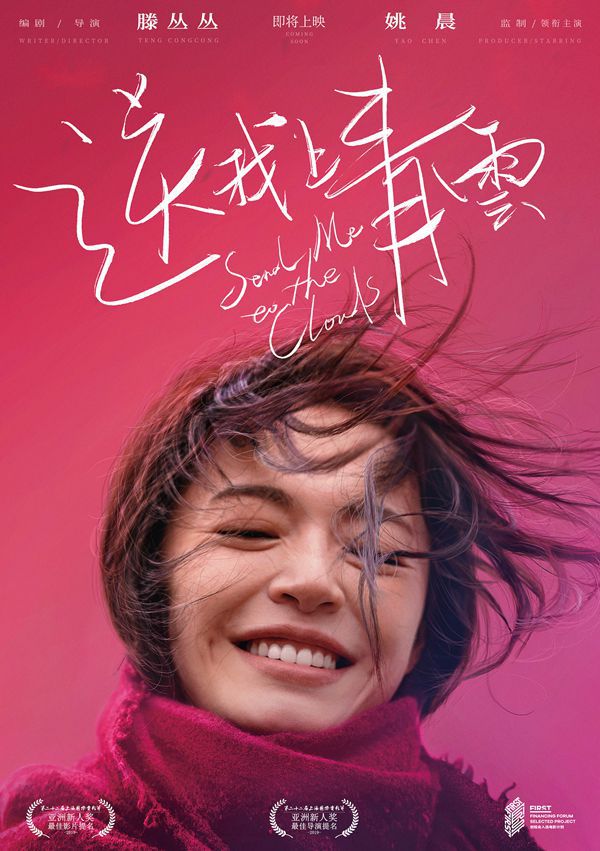 The Farewell is a story from our issue, “The Good Life.” To read the entire issue, become a subscriber and receive the full magazine. Alternatively, you can purchase the digital version from the App Store.

Donna Karimi is a contributing writer at The World of Chinese.