Krankin’ Thru China (KTC) is a Beijing-based adaptive sports organization that hosts recreational activities and trips for people with physical disabilities, and promotes their integration with China’s general public. Fresh off their 2,617-kilometer, 40-day “Manchurian Trek,” which saw six participants travel by handcycle and bike from Beijing to China’s most northern point in Mohe, Heilongjiang, coordinator Joshua Dominick discusses what keeps the organization rolling. 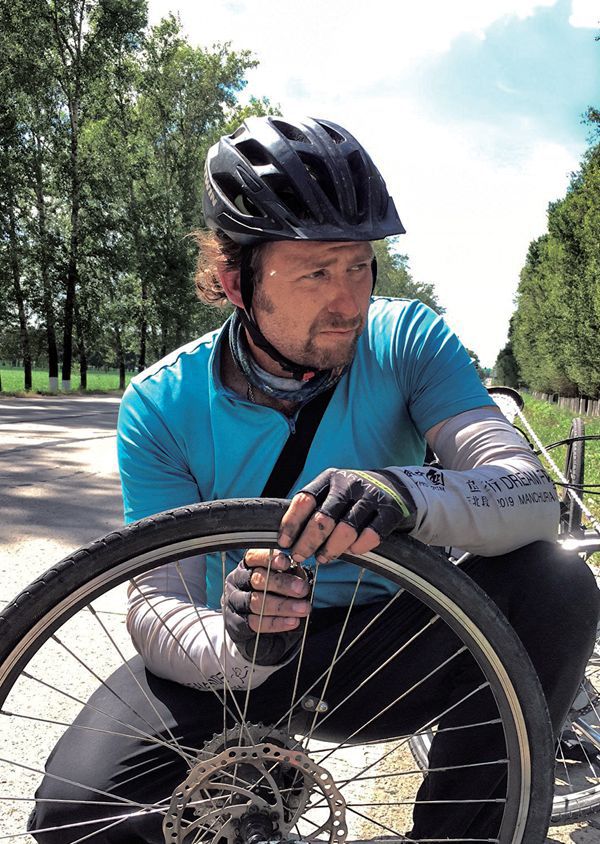 How did KTC get started?

In 2012, I was out in Beijing’s Sanlitun area and an American guy in a wheelchair asked me to help him hail a cab, saying that drivers often don’t stop for a person in a wheelchair. After that encounter, I began to interact more with the disabled community in China. I had been in and out of China since 1998 and suddenly realized that I hardly saw anyone out and about with disabilities.

Along with Domonic Corradin, an American extreme adaptive sports athlete, and Wang Feng, who was active in an online Chinese platform for people with physical disabilities, I organized a ride in Yunnan province to raise awareness in 2015. Domonic and Feng rode handcycles, while I rode a bicycle, for the 450-kilometer trek between the Himalayan foothills city of Shangri-la to the city of Dali.

Since then, you’ve expanded. What else do you do?

We have about four to five planned activities each month related to adaptive sports. In Beijing, we organize excursions to a swimming pool at least once every two weeks. I also host a handcycle clinic each month. Besides our annual ride, we organize trips each spring and autumn to Luoyang for adaptive paragliding and to Sanya for adaptive surfing. KTC has been experimenting with other adaptive sports, including horse-riding and rock-climbing.

A lot of charities for people with disabilities in China transmit a message that you don’t have to do anything; we have people to take care of you. I think that we need to have a different attitude and focus on empowering disabled individuals to live their lives fully, rather than make their dreams come true just for a day. 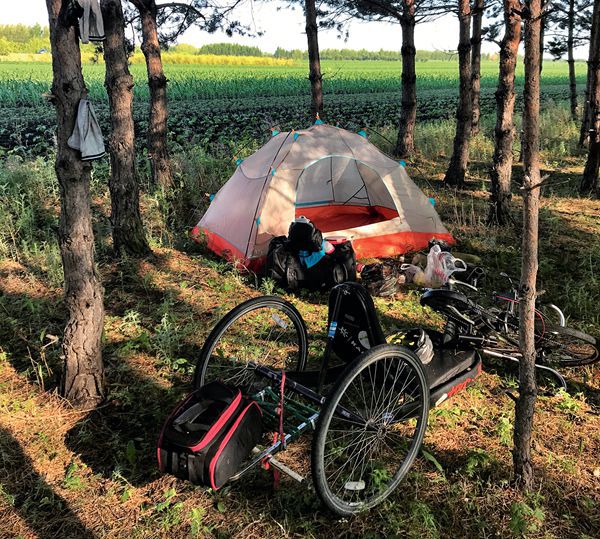 Riders often camp, as accessibility tends to be an issue with rural accommodations

What types of people do you work with?

KTC reaches out to people with spinal cord injuries, as well as people with post-polio syndrome. Many of the people with spinal cord injuries are relatively young, between the ages of 25 to 40, and were injured on the job or in an accident. The people with post-polio are typically much older and are often very headstrong, since they grew up with disabilities during an era with a limited social support structure. So, when I put out a sign-up for any activity, the older generation is like, “Yes! Let’s go!” The younger generation is more like, “Maybe. I need to ask my parents.”

What has been the reaction from the Chinese public?

There are several phases of acceptance and integration. When we first started swimming, the initial reaction was surprise. The management of the pool also expressed concern with up to 10 people with disabilities in the pool at the same time. After the surprise came recognition; basically, a big smile and a thumbs-up when the pool “regulars” saw us.

Now, we have become “regulars,” too. If we don’t show up for a couple of weeks, people come up and ask, “I haven’t seen you guys for a while. Is everything OK? Can I help?” KTC is about fostering interpersonal relationships; helping people with disabilities feel less isolated from the outside world. We bought shower chairs for the pool shower facilities, which are quite basic, but I hope it shows people that simple things can be done to make places more accessible.

What might people not know about disability in China?

The family dynamic is completely changed with a disability, especially for men. You have to imagine: For decades, parents doted on their only child—their darling baby boy, who was the pride of the family and was supposed to take care of them when they got old. Their son’s disability is very disruptive to this picture-perfect image, as they often become their son’s caretaker and sometimes inadvertently stifle his independence.

On the other hand, Domonic Corradin noted that in the United States, there are lots of accessible pathways, but people often don’t offer help for the fear of legal repercussions if something goes wrong. By contrast, in China, people are often more than happy to help you, regardless of whether you asked or even need it. 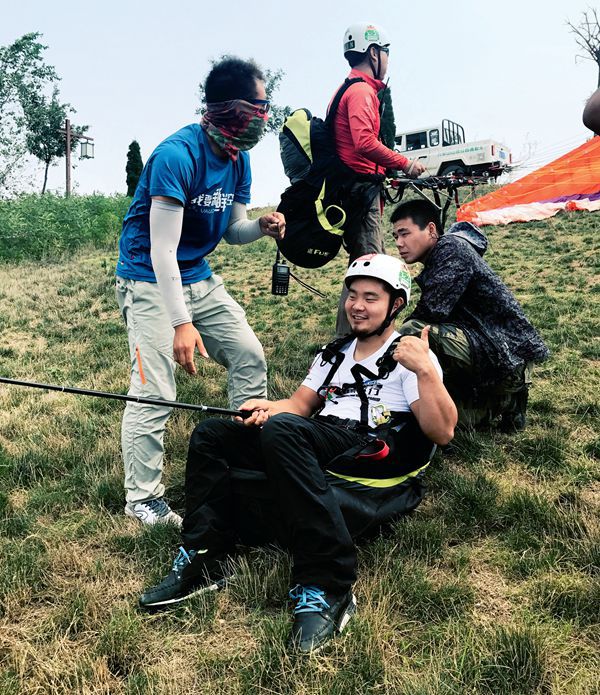 What are the biggest challenges for KTC moving forward?

One of KTC’s biggest challenges is structural. To establish a non-profit organization is extremely difficult in China, and even more difficult if you are a foreigner. I couldn’t find a suitable Chinese partner to turn KTC into a non-profit organization, so now I’m thinking about growing KTC as a social enterprise—funding our current initiatives by starting a for-profit company that provides outdoor excursions for able-bodied individuals, as well as inclusive options that are suitable for people with disabilities.

KTC faces logistical challenges, like most organizations catering to individuals with physical disabilities in China. Almost all our activities require some elements of manual labor on the part of the able-bodied volunteers. We have gone surfing in Hainan three times, each time with 10 to 15 people. Getting [participants] from their wheelchairs on the beach into the ocean is quite difficult. I thought about getting some specialized mats or beach chairs so that we don’t have to carry them, but the prices are astronomical. Each beach chair is 1,500 USD and the mats are 300 USD per square meter.

You have been organizing KTC for five years. What keeps you going?

I know that we are changing people’s ideas about disabilities, especially during our annual ride. People in China have simply never seen handcycles before; heads are turning constantly. The kids ask a million questions, trying to figure out how they work. Another thing that keeps me going is seeing our participants develop, and witnessing their own personal growth and increased confidence. Any time one of our participants asks, “That was so much fun! When are we going to do that again?” it inspires me to do more.

What comes next for KTC?

I hope that we can do more with schools to provide positive impressions of people with disabilities early in life. We also hope that we can work with volunteer groups and organizations to spread more knowledge about accessibility. Even just going out to eat in large groups is very enlightening for accessibility. The restaurants are always very confused about where to put the chairs that we do not need.

Besides that, over the next few years, we have plans to cover all of China through our rides. We really need to “krank” through it!

“Wheels in Motion” is a story from our issue, “The Wellness Issue”. To read the entire issue, become a subscriber and receive the full magazine. Alternatively, you can purchase the digital version from the iTunes Store.