A total of 217 medical teams and 25,633 medical professionals around China have traveled to the central Hubei province to assist in the fight against the novel coronavirus as of February 15. Doctors and nurses from other parts of the country, though, have reported difficulties understanding patients who speak in regional dialects.

The Dialect Guide to Fighting Epidemic, a service provided by The Commercial Press and several language research centers around the country, has been launched to help improve communication between medical teams and local patients in the ongoing disease-control effort. Available as a printed pamphlet, on the web, and on WeChat, the service provides translations and voice samples of common phrases related to disease symptoms and medical services from Hubei dialects into standard Mandarin. 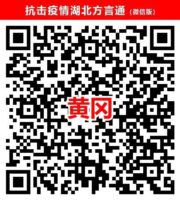 Hubei (湖北), meaning “north of the lake,” gets its name for its relative location to Dongting Lake, China’s second largest freshwater lake. Officially abbreviated as 鄂, Hubei, at the heart of the powerful Chu state during the Spring and Autumn period (770 – 446 BCE), is a culturally unique region bordered by provinces such as Sichuan and Hunan. Hubei’s dialects share great similarities with those of its neighbors, and its residents are among 270 million speakers of Southwestern Mandarin Dialects, or Xinan Guanhua (西南官话), across the country.

Southwestern Mandarin is spoken by around two-thirds of the province’s total population. Additionally, the Jianghuai dialect (江淮方言), or Chu dialect (楚语), is spoken by people living between the Yangtze River and the Huai River in eastern Hubei, including Xiaogan and Huanggang. The Gan dialect (赣语) is also found in eastern parts of the province, such as Xianning.

Below are some typical expressions that patients in Hubei may use in their local dialects:

Wo tou teng, wo tou hun.

I have had a headache and feel dizzy.

I took my temperature. It’s over 38 degrees.

I recently went to Wuhan for a bit. I have been to Wuhan recently.

Screenshot from the Huanggang version of the WeChat software

The great dialectical differences among Hubei’s regions has given rise to a joke that you cannot understand what a person standing across the bridge is saying. Though this is an exaggeration, here are some examples of how the same expression differs across each community:

Doctor, do I have the novel cornovirus pneumonia ?

What medicine should I take?

Yichang: Yao qi shen me er you a?