Roof of the World

Roof of the World

“Kekexili is heaven, is hell, and a holy land for witnessing life and belief…One cannot fully understand the vast wilderness unless they experience it themselves,” director Lu Chuan told reporters in 2004 before the release of his film, Kekexili: Mountain Patrol.

Located in Yushu Tibetan Prefecture in Qinghai province, Kekexili, or Hoh Xil in Mongolian, is a 45,000-square-kilometers nature reserve that stretches to Xinjiang in the north and Tibet to the west. The highest peak in Hoh Xil reaches 6,860 meters, and the plateau has an average altitude over 4,600 meters.

Thin air, low levels of precipitation, some of the strongest winds in China, and an average temperature of minus 4 degrees centigrade make Kekexili one of China’s most unhospitable places; it’s even known as an “uninhabited region (无人区)” in Chinese. According to UNESCO, it is the largest and highest plateau in the world. Patrolling the nature reserve is an arduous job. Gama Yingpei, a 42-year-old Yushu native, has protected the area as a government-employed mountain patroller for 13 years. In his time, Gama has taken part in countless rescue operations to save travellers and researchers who get lost in the vast barren land, he told People magazine.

Rescue missions are difficult because the weather can change rapidly, snowstorms are frequent, and wild bears and wolves are a danger. Modern technologies like GPS don’t always work in Hoh Xil’s remote environment. In August this year, police found the remains of a college student missing since early July in the wilderness—she probably died from the extreme cold.

Patrollers like Gama also work to protect the rare species found on plateau. The Tibetan antelope makes its home in Hoh Xil, but its numbers declined from from nearly 1 million in 1985 to no more than 10,000 in the 2000s, mainly due to domestic and foreign demand for the animal’s hair, hailed as “the king of cashmere.”

In China, the price of Tibetan antelope cashmere can be up to 1,000 to 2,000 USD a kilogram, and a woven Shahtoosh cape made of 300 to 400 grams of antelope’s wool can fetch 5,000 to 30,000 USD. Thanks to the government’s ecological protection efforts, and the work of patrollers like Gama, the number of Tibetan antelopes has risen to around 70,000 this year, with trafficking operations largely wiped out. 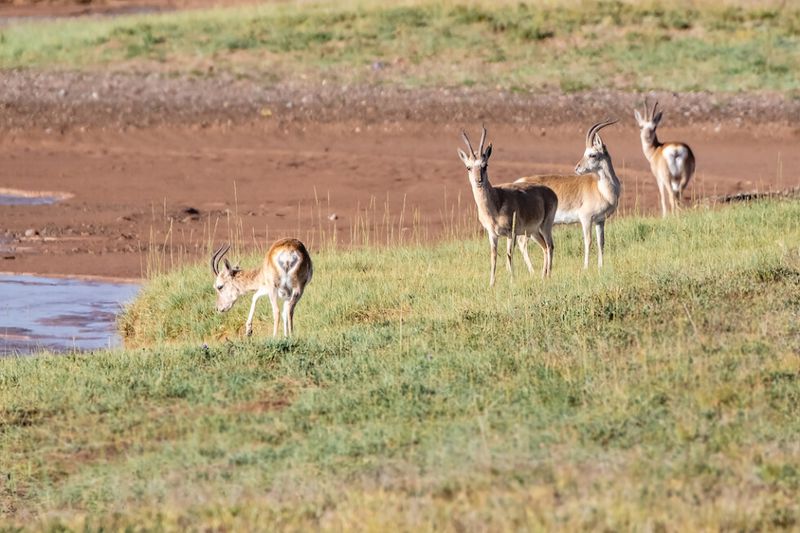 Lu’s film did much to bring public attention to the need to protect the plateau, portraying a harsh ecosystem where every living being is competing with one another for survival. Wolves on the plateau must hunt the Tibetan antelope for food, while humans hunt the antelopes for its fur, and patrol workers fight against traffickers to protect the animals and the ecology of the land.

The film, based on the real lives of mountain patrollers in the area during the 1990s, exemplifies the dilemma for those passionate about protecting the endangered antelope from traffickers. With little funding or government support in those days, patrollers were forced to self-organize and self-arm, sometimes even selling cashmere themselves to survive. Lu’s protagonist, Ritai, was based on Jason Sonandajie, who organized his own armed force to fight animal traffickers in the region in 1992, and was killed by poachers while attempting to protect Tibetan antelopes in 1994.

Since the Hoh Xil Nature Reserve was established in 1995, things have improved markedly—there are now over 40 mountain patrollers organized by the local public security administration. Nowadays, boredom is a challenge for patrollers like Gama working in the sparsely populated tundra. He spends nearly a month at a time on the mountains away from his family, he told People. Before going out on assignment, he records videos of his children to watch in the mountains, and he has a hard drive with over 1,000 songs to keep him occupied. After a month on the job, living in a patrol station with no shower facilities, Gama returns home looking unkempt and wild.

But despite its remote and harsh environment, Hoh Xil remains a spiritual and ecological beacon for Gama and his fellow patrollers. Folk singer Dabing captured the romance of Hoh Xil in his song Travel With Me to See the Sea at Kekexili: “Who says when the world ends no one will hear me sing/ Who said there’s never been a lighthouse in the Gobi desert/ Who says there’s no sea in Kekexili?”