This is the centerpiece of Wang’s retrospective solo exhibition On the Field of Hope at Beijing’s Tang Contemporary Art. Whether a pot-bellied woman in knockoff trainers striking a stiff pose, or a many-armed man like a bodhisattva holding Marlboro cigarettes and Yanjing beer, subjects of the renowned Heilongjiang-born photographer often deliver slapstick humor through exaggerated movements and props—and now the artist’s own idiosyncratic hairdo is part of the focus.

This easy humor is evident not just in Wang’s photographs, but also in his videos, which are often sped up when exhibited to shorten the attention span they require. In “Skyscraper,” Wang edits the time-lapse video shot over six months during the construction of a 50-meter golden scaffold into merely 5 minutes. As fireworks explode from the scaffold while the American ballad “Silent Night” lingers in the ending sequence, “Skyscraper” delivers a Hollywood blockbuster-like viewing experience similar to Wang’s large-scale, artificially staged photography sets. These include a theater in the UK cramped with 300 volunteer actors and an industrial building in suburban Beijing stacked with 20 tons of secondhand books.

Behind the entertaining aesthetics of Wang’s photographs, however, is a rabbit hole of cultural and political innuendos. “Night Revels of Lao Li,” for example, pays tribute to the composition of a 10th-century ink painting of a self-indulgent banquet hosted by a fallen literatus, replacing the historical subject with the reputed living art critic Li Xianting in a lampoon of the present-day status of public intellectuals.

In the 2003 photograph “Follow Me,” Wang fills a blackboard with basic English greetings as well as trademarks of American brands like Nike and McDonald’s, capturing China’s outward-looking ethos at the turn of the century and the capitalist values that it embraced. What appears to be lighthearted, sometimes frivolous humor at first glance becomes a snarky parody; catering to the consumption of the audience, Wang’s work itself becomes one of the household products it satirizes. 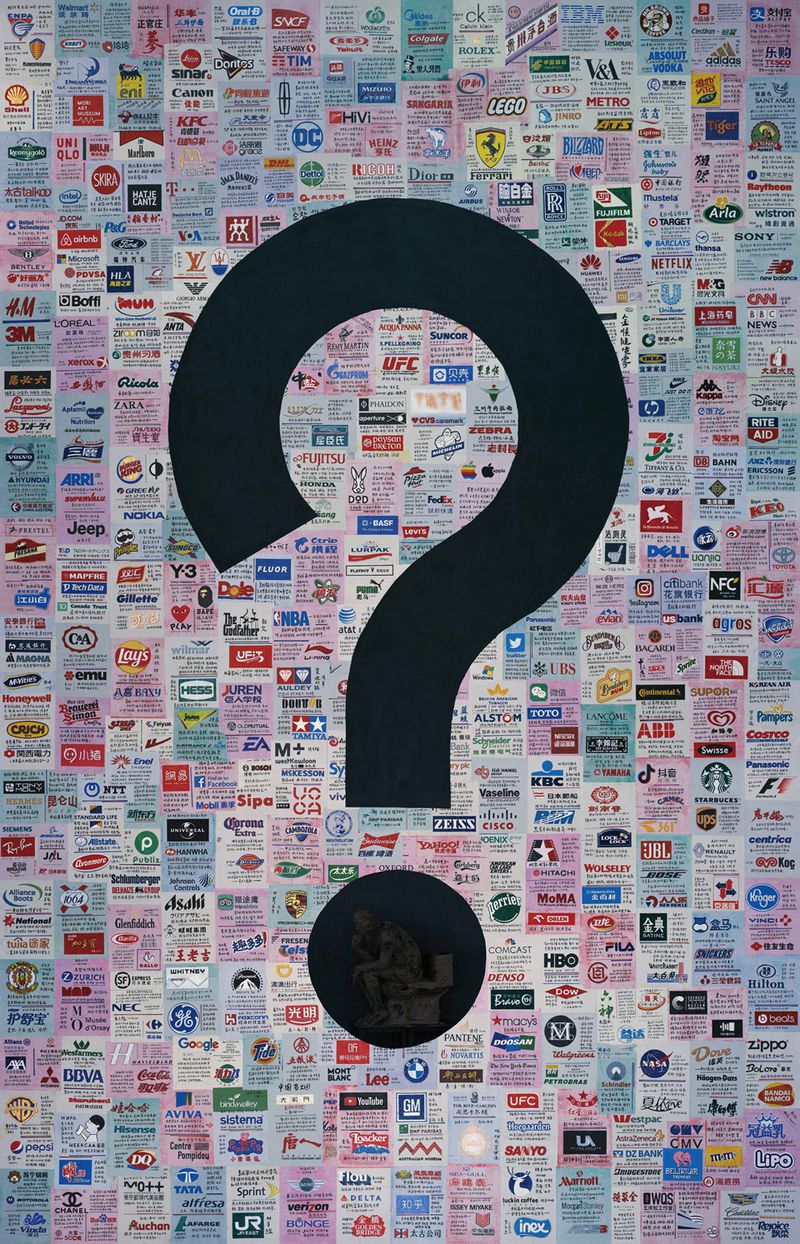 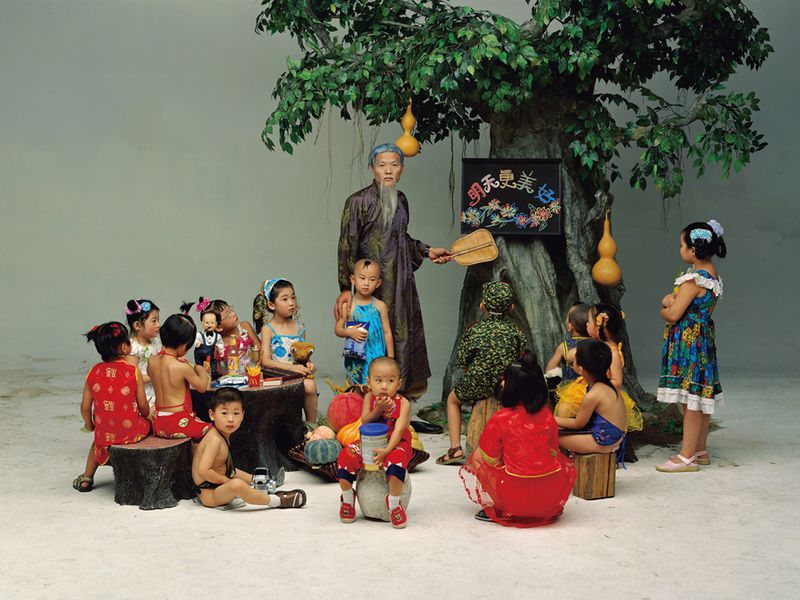 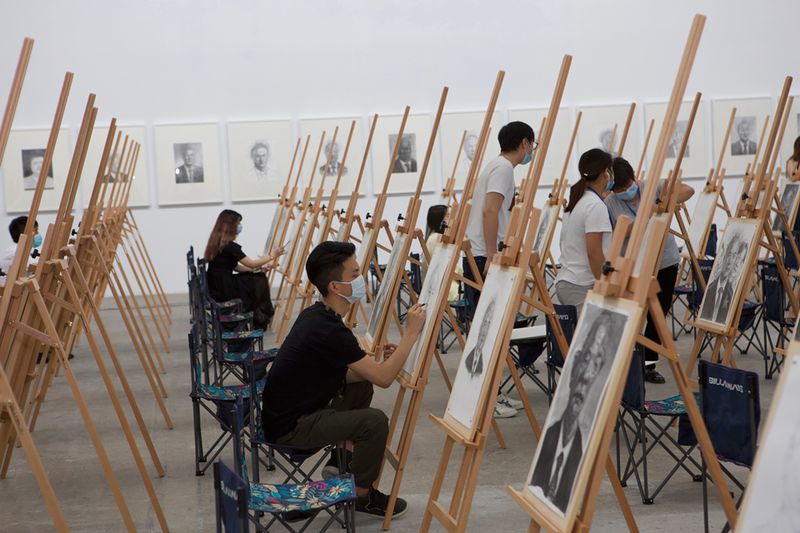 Museum visitors recreate “On the Field of Hope,” 2020

Dark humor is a common thread in Wang’s oeuvre, and this time, the audience gets to carry it out. In front of the artist’s wall-sized self-portrait are dozens of easels and chairs in orderly rows, which invite visitors to sketch out their own reproductions of this bizarre-looking figure. The passive, reticent viewer is now an active member of the creative process, empowered to further expand the work’s multi-layered humor to the direction of their own choice. Some draw free-handed doodles and caricaturize their model; others meticulously trace its contours as if they were partaking in an art school entrance exam, perpetuating the hypocrisy in the educational system and the artist’s mimetic setup.

In the pandemic era, this participatory work brings a hard dose of reality into the otherwise hallucinogenic “new normal.” For the first time in months, the audience is able to be in a physical space with not just the presence of art, but also one another. As they mourn their losses, a spontaneous laugh—either carefree or burdened—is ever more precious. After all, why be so serious when life is already somber?

“Field of Laughs” is a story from our issue, “Disaster Warning”. To read the entire issue, become a subscriber and receive the full magazine. Alternatively, you can purchase the digital version from the iTunes Store.

Sue Mengchen Xu is a contributing writer at The World of Chinese.