On the morning of November 14, 1908, the Guangxu Emperor of the Qing Empire, just 37 years old, suddenly complained of stomach pains and tingling in his hands.

As his attendants noticed a darkening of his face and scrambled to fetch the imperial physician, the head eunuch, Li Lianying (李莲英), hurried to the adjacent Forbidden City to notify the Empress Dowager Cixi. She was, after all, the young man’s aunt, primary caretaker, and principal jailer.

By the time the physician arrived at the emperor’s quarters on Yingtai Island, part of the imperial garden known as Zhongnanhai, the emperor was dead. Was it natural causes? Was it poison? Officially, the emperor died of a sudden illness, but the questions persisted for nearly a century. Finally, historians in China put an end to at least part of the mystery.

In 2008, scientists compared strands of hair from the Guangxu Emperor’s tomb and found arsenic levels 261 times higher than a hair sample taken from the body of his wife, Empress Longyu. It was clear that the emperor had been poisoned—but by whom?

In 1889, the 18-year-old Guangxu Emperor married and officially took power, although his aunt continued to wield powerful influence at court. The emperor’s new bride, the Empress Longyu, was his cousin as well as the Empress Dowager’s niece. Their relationship was challenging, and they remained childless.

The Guangxu Emperor was also particularly enamored with his favorite concubine, known as the Pearl Concubine, who would often encourage him to be a more assertive ruler and to stand up to his aunt, the Empress Dowager. The emperor’s favor and her assertive attitude won her few friends at court; in 1900, she drowned in a well in the Forbidden City, possibly pushed in on the Empress Dowager’s orders, as the imperial family fled the capital before foreign armies coming to quell the Boxer Crisis. 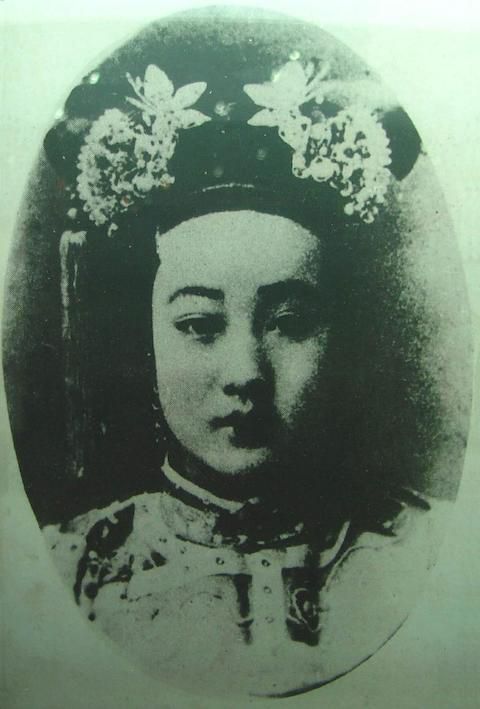 The Empress Dowager is the natural suspect in her nephew’s death: Their relationship had been strained for years, and she died just 22 hours after him. Matters between aunt and nephew had reached a crisis in the summer of 1898, when the emperor approved a sweeping set of reforms in administration, military affairs, and education, supported by a group of young officials with bold ideas for rehabilitating an empire that was crumbling under foreign invasions and internal strife.

It was perhaps too much, too fast: Conservative factions at court rallied around the recently-retired Cixi and urged her to resume her regency. There is evidence that they even explored ways to replace the Guangxu Emperor.

There were others, though, who had an interest in making sure the emperor didn’t outlive his aunt. The fallout from the 1898 reforms had made the emperor lifelong enemies with an influential army officer, Yuan Shikai (袁世凯). Yuan, a rising star in the Qing military, had informed the Empress Dowager’s inner circle that the emperor and his advisors might have been plotting to remove Cixi from her position of influence. Yuan was rewarded for his loyalty to the Empress Dowager by a series of government posts, but he knew his career—if not his life—was in jeopardy if the emperor were to reassert his power.

And what about revolutionaries like Sun Yat-sen (孙中山)? Having risen to prominence in the 1890s, Sun had organized groups of Chinese radicals and raised money in support of toppling the Qing dynasty. By 1908, though, many of Sun’s backers were wondering when (or if) his revolution would happen, and a few began withholding their financial support. With the all-powerful Empress Dowager in poor health, the assassination of the emperor might be the spark the revolution needed.

While it might have been difficult for outsiders at court to gain access and opportunity, the supporters of Sun and of Yuan had powerful motives for wanting to see the emperor dead. Some theorized that they could have bribed a eunuch to do the job, though Zhu Chengru, a researcher who studied the emperor’s body from 2003 to 2008, believed they could have at most been cronies of the Empress Dowager, the only one who could have masterminded the crime and given the order to kill.

Could the Guangxu Emperor’s death even have been orchestrated by his own Empress? Longyu was childless and unloved. In any scenario in which the emperor was replaced, especially if the new ruler was still a child, she would have a seat at the table, or even gain great power like her aunt Cixi.

Finally, there were the people closest to the emperor. If you’re going to poison food in the palace, you need a eunuch. Li Lianying had been the hatchet man for the Empress Dowager for years. Moreover, he had his own motive. It was likely at the hands of Li, or perhaps on his orders, that the emperor’s beloved Pearl Concubine had met her unfortunate fate. If Yuan Shikai was number one on the Guangxu Emperor’s enemies list, Li Lianying was next.

A story passed down through the family of Puliang, the Minister of Rites in the last days of the Qing dynasty, recalls that on the morning of November 14, 1908, Li Lianying was seen leaving the Empress Dowager’s chambers with a special bowl of yogurt bound for the breakfast table of the unfortunate emperor. Speculation persists that this was the fatal meal of China’s second-to-last emperor.

The Empress Dowager was gravely ill at the time that her nephew’s death was announced, but had just enough time to anoint yet another heir to the throne: Puyi, the Guangxu Emperor’s 2-year-old nephew. After naming the successor, the Empress Dowager died the next day on November 15, 1908.

Thirty-five months later, the dynasty fell. The Empress Dowager Longyu negotiated an abdication for the boy emperor Puyi as the Qing Empire gave way to a new Republic of China led first by Sun Yat-sen and, soon after, by the Guangxu Emperor’s old nemesis Yuan Shikai.

What might have been? The Guangxu Emperor was only 37 when he died. If he lived a typical lifespan of his time, he could have ruled into the 1930s. If he had survived the Empress Dowager, would China’s revolutionaries have warmed up to the idea of a constitutional monarchy?

Because of a eunuch, an empress, and a bowl of arsenic-laced yogurt, we will never know.