On March 27, when Shanghai’s municipal government announced they would implement a two-stage lockdown of the city, residents rushed to buy supplies and prepared to spend days confined to their homes. The announcement came as Covid-19 cases continued to rise in Shanghai despite measures to lock down individual compounds and neighborhoods throughout the month prior.

This lockdown, the largest-scale pandemic prevention measure in China to date, confines 25 million residents to their homes in two phases: first, the people living east of the Huangpu River (Pudong) between March 28 and April 1 (and extended for most residents at the time of writing); and then the majority of residents to the west of the river (Puxi) from April 1 to April 5.

The lockdown has brought scenes now familiar to many across the country, especially those who went through some of the worst outbreaks in Wuhan in early 2020 and Xi’an in December of last year: once bustling shopping centers completely emptied; streets with no traffic; police tape blocking entrances to residential compounds; and virus prevention workers in protective suits conducting millions of Covid-19 tests and delivering food to residents. But Shanghai, the country’s financial hub and largest city, is experiencing an enforced, mass lockdown for the first time. Between March 31 and April 1, the day before and the first day of the lockdown in Puxi, TWOC captured some images from the once-bustling city: 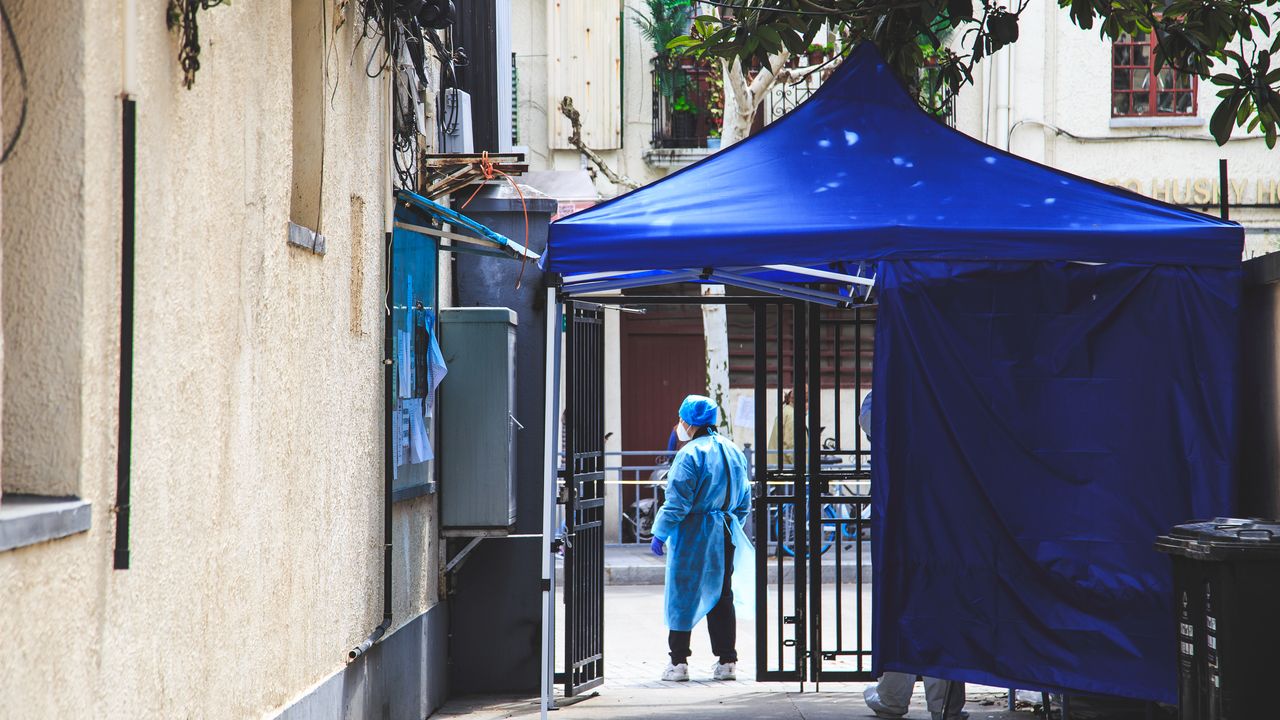 A pandemic worker guards the entrance to a residential compound, and directs residents who are returning from their Covid-19 tests. 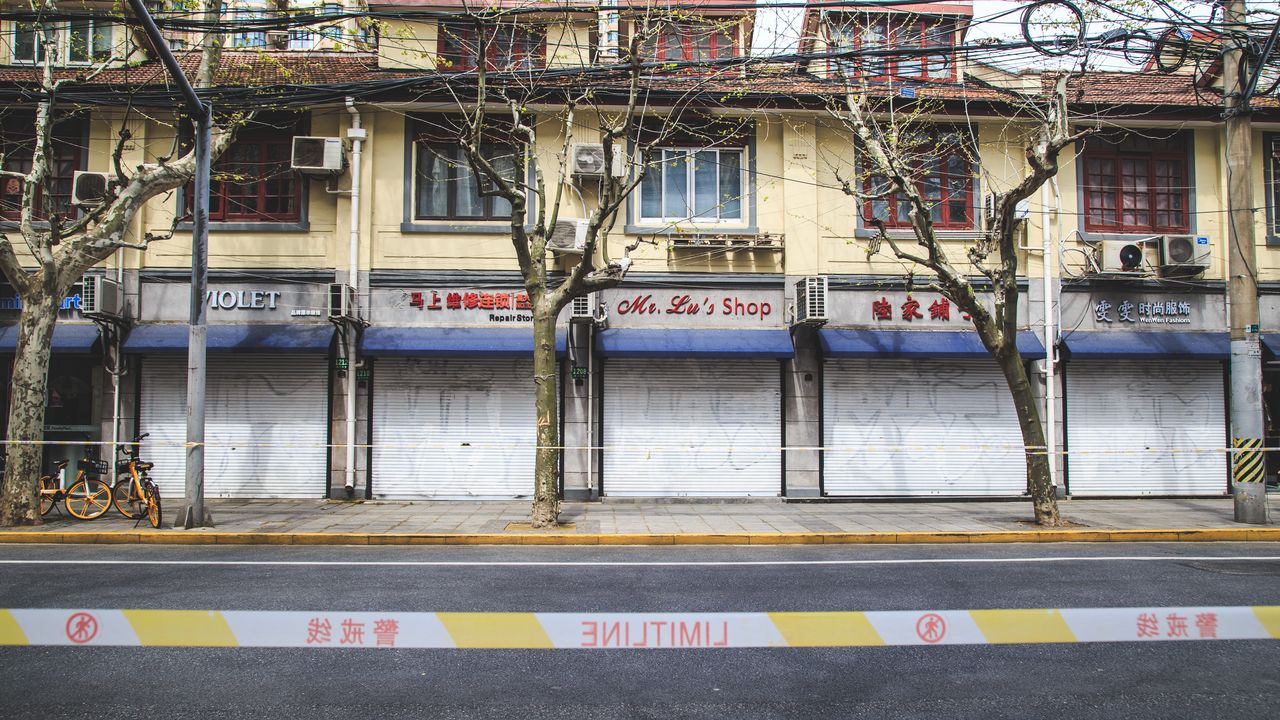 A pandemic worker uses a megaphone to call residents down to do Covid-19 tests. Compounds are directed to specific testing locations at staggered times. This is the only occasion when most residents are allowed to exit their buildings. 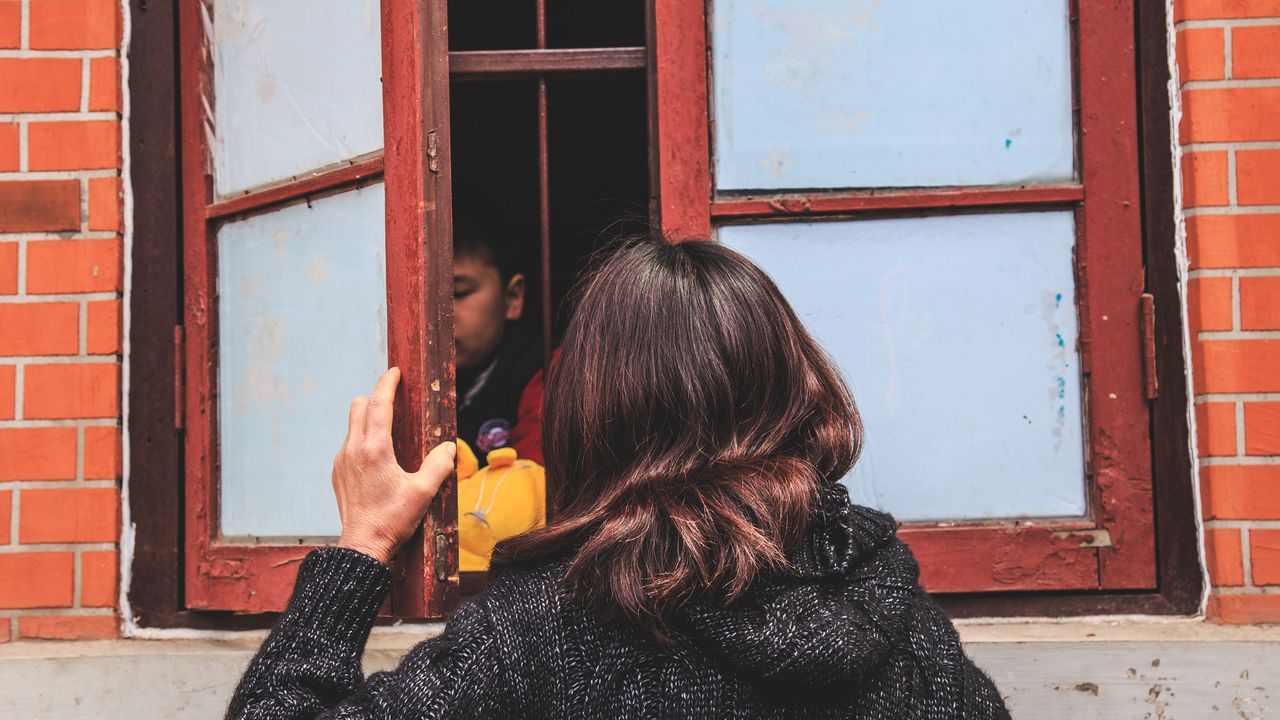 A woman speaks to her son through the window as she queues up for a Covid-19 test. 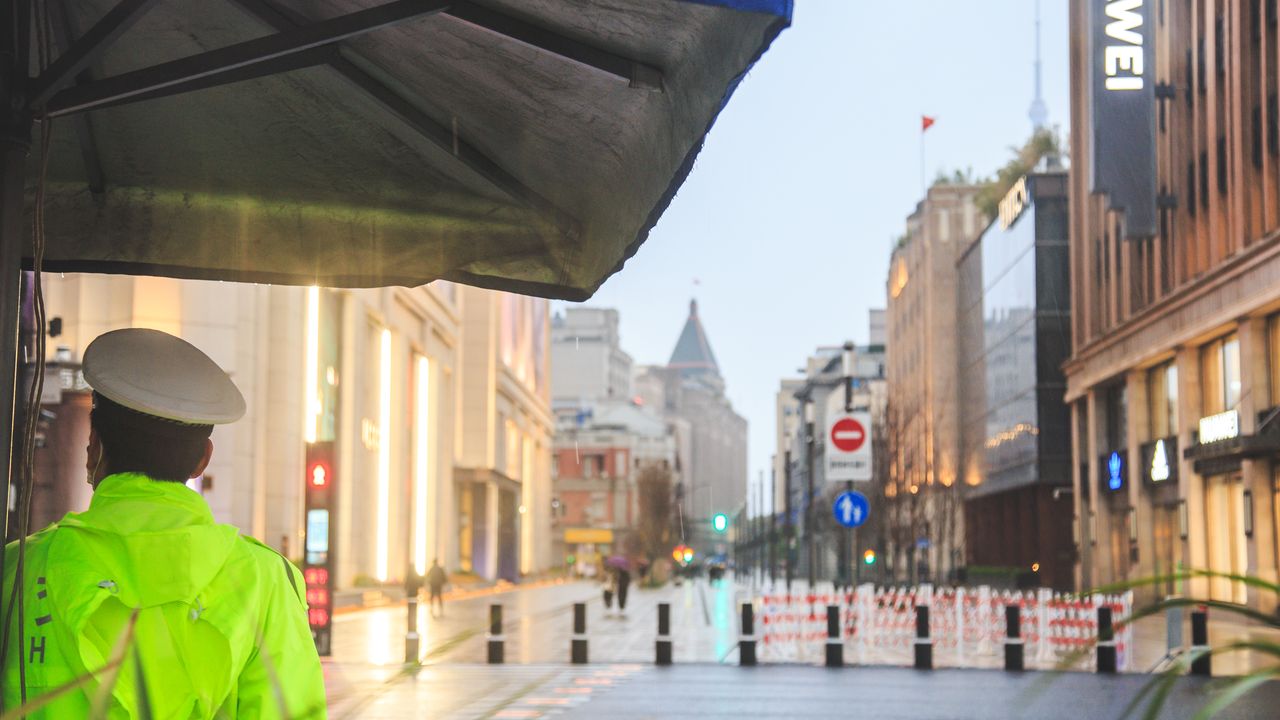 A traffic cop overlooks an empty crosswalk at Nanjing East Road, a major shopping area, before the lockdown begins. 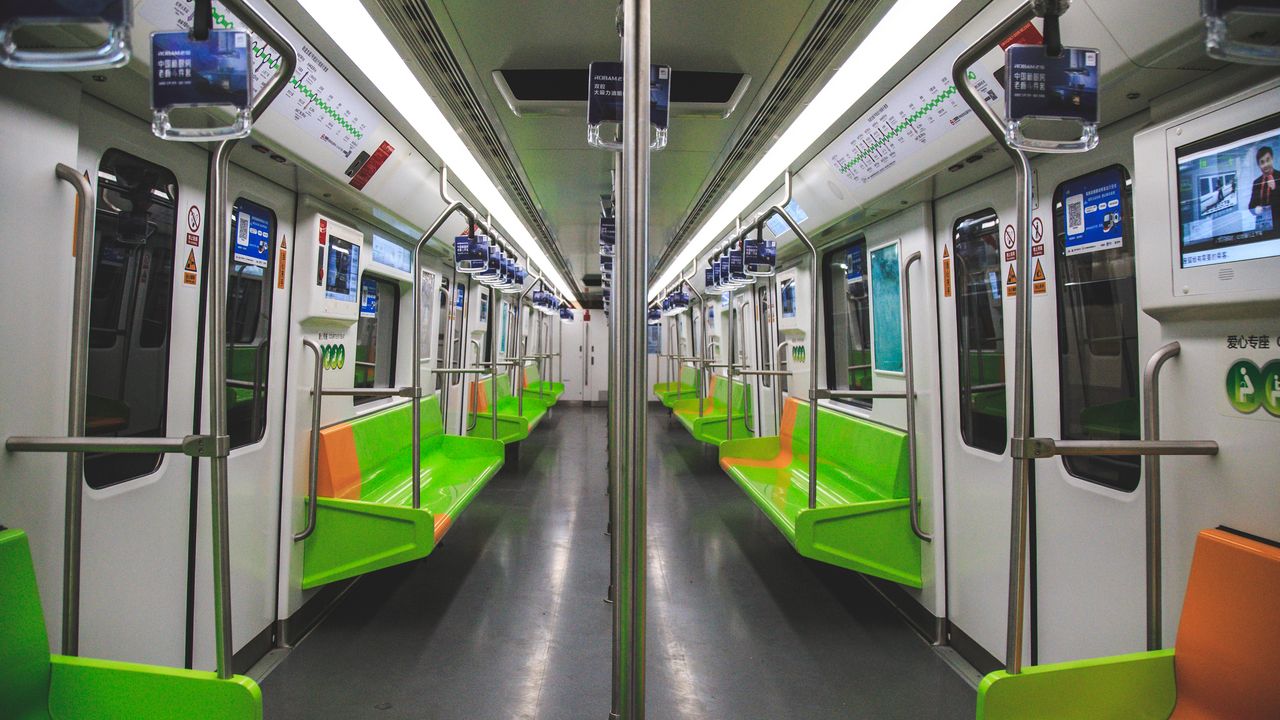 An empty train car on Shanghai’s main subway line before the lockdown begins. 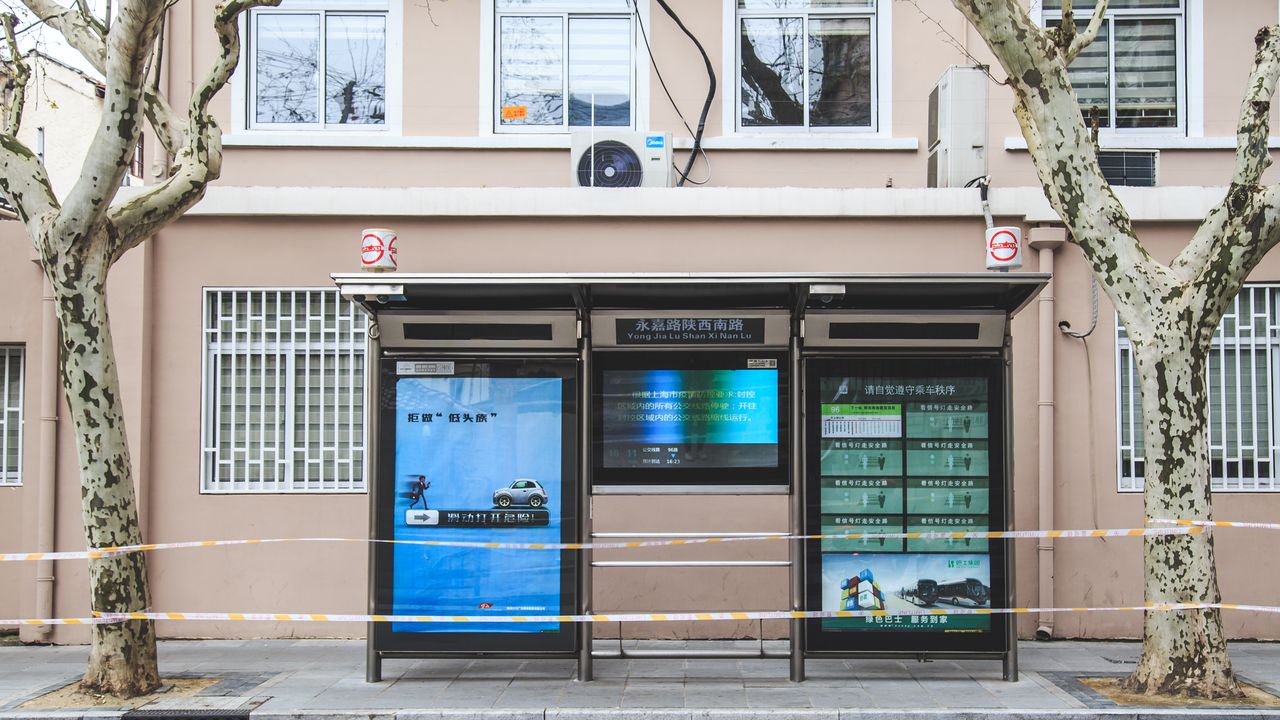 A blocked off bus stop in downtown Shanghai. All public transportation is halted during the lockdown period, as well as service between the east and west sides of the city. 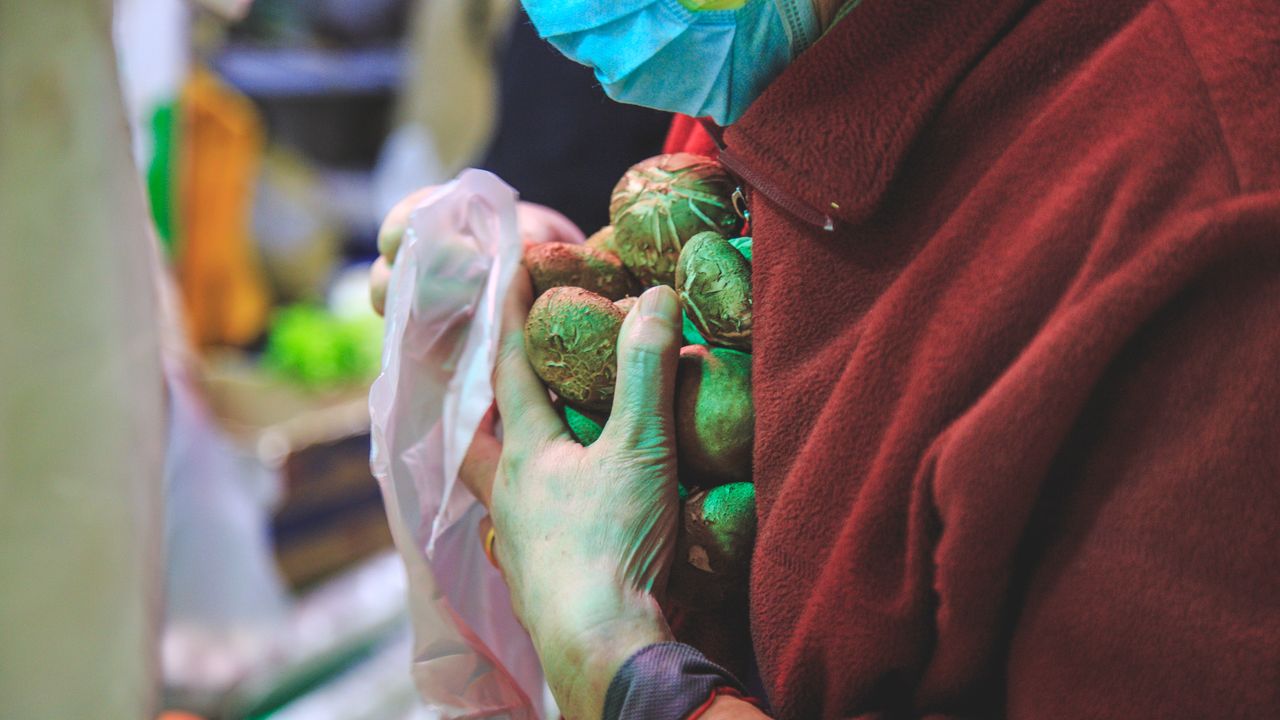 A woman clutches mushrooms at a wet market the morning before lockdown. 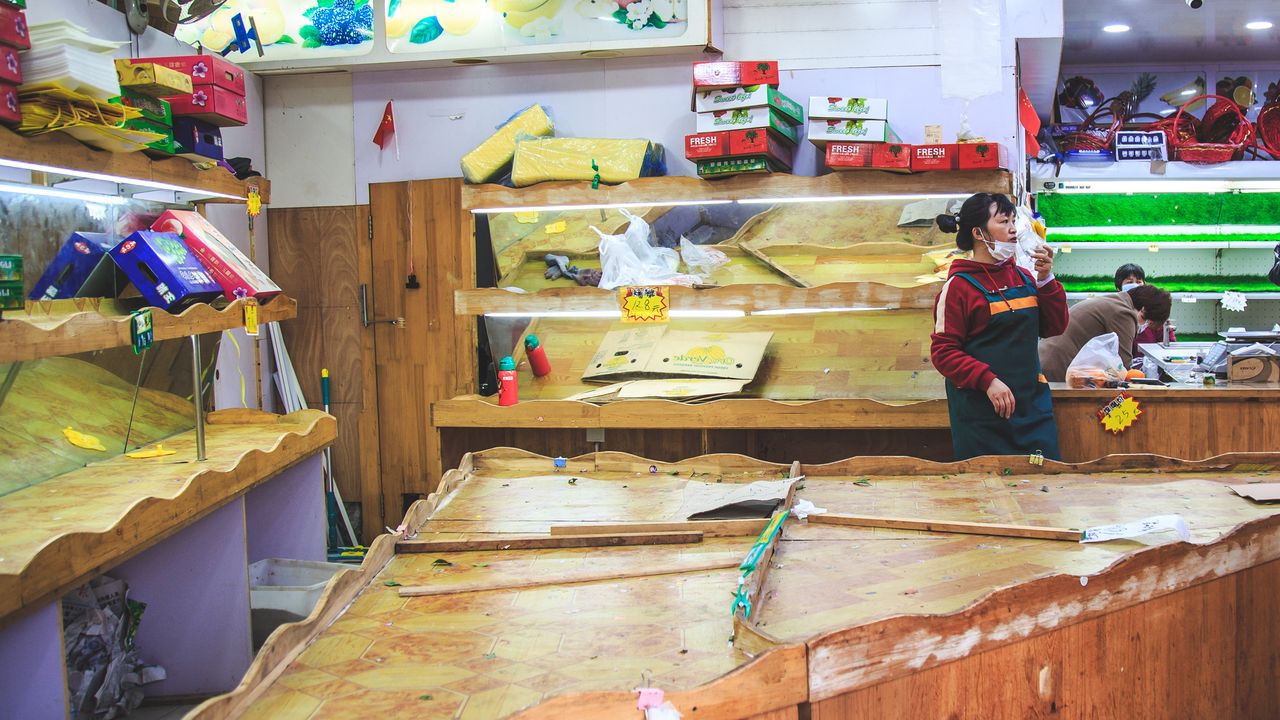 Many grocery stores were completely empty in the lead-up to to the lockdown due to panic buying.