As the Spring Festival season gets in full swing, take a close look at Year of Rooster-themed decorations now slowly taking over every available inch of online and offline shop space, such as this World of Chinese commemorative notebook here. 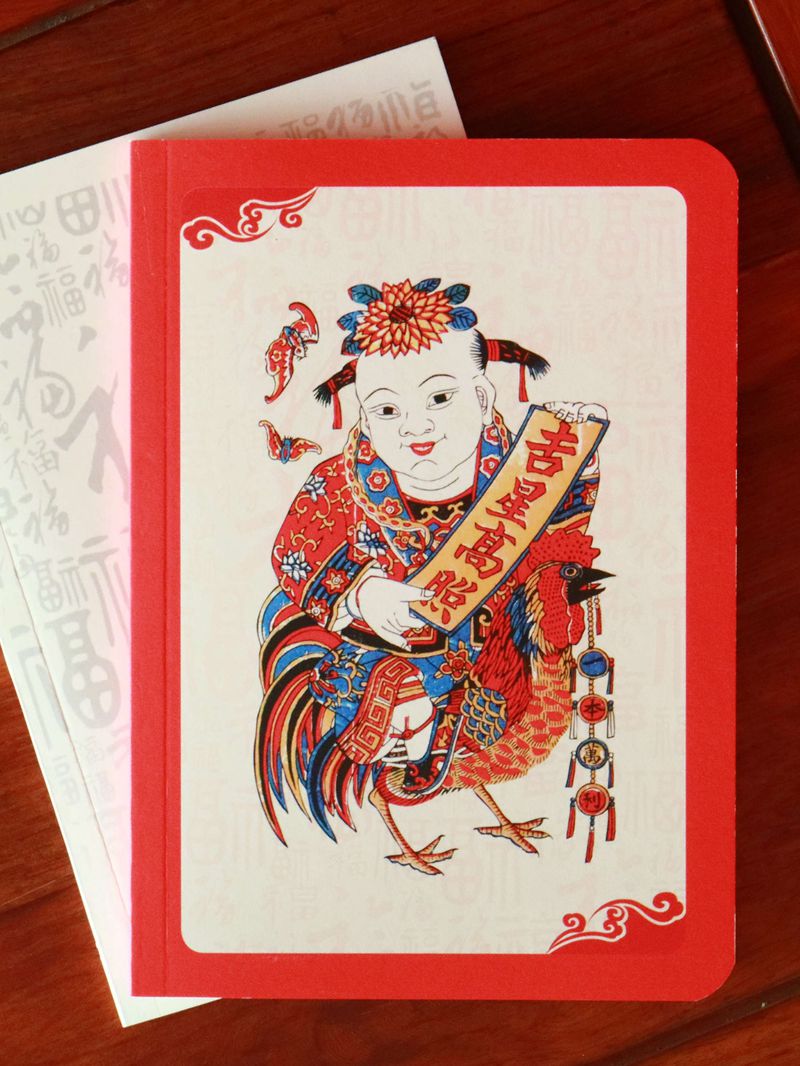 You may think that that is a half-bird, half-human hybrid grinning at you from the cover, but you’d be mistaken (it took us a while too). Actually, it’s a jolly (whole) immortal who is riding on a (whole, separate) rooster, and you can also find him depicted this season on traditional paper cuttings, New Year paintings to stick on your windows and doors (ranging from the conventionally styled to the…whatever this is), and, of course, traditional toys and knickknacks, as depicted on this vintage postcard.

Just when you’ve passed the point of being able to un-see him everywhere, you notice that he is also part of the row of carved ceramic or glass beasts that adorn the eaves of many traditional Chinese buildings including the Hall of Supreme Harmony at the Forbidden City. 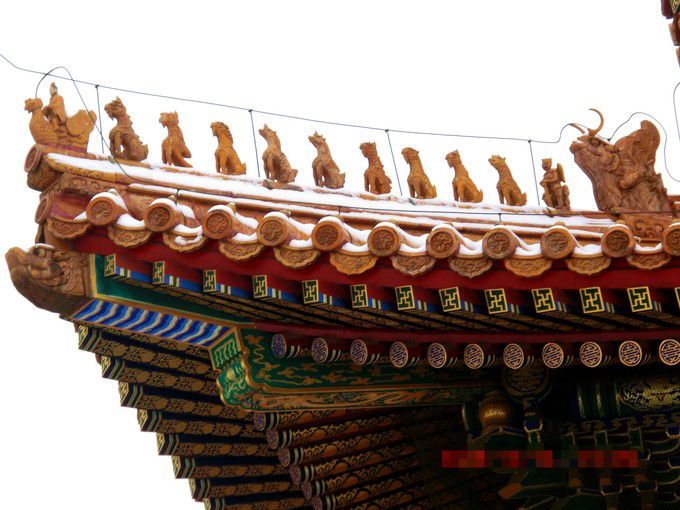 As the story goes, the King of Qi State was desperately running away from the enemy after losing a battle, when he came across a wide river with no way across. Just when all hope seemed lost, a big bird swooped down from the sky and carried him to safety. Henceforth, the image of a man riding on a bird became an auspicious symbol.

As for the bird, it was afterwards identified as a phoenix. There are different explanations for how the phoenix morphed into a chicken in later representations of the bird-riding immortal. One says that the appearance of the mythical phoenix was originally based on that of the chicken or rooster (same word in Chinese), so they were similar-looking.

As the story spread among ordinary people, the image of the phoenix evolved into something people were more familiar with, especially as the phoenix later became the exclusive symbol of the empress. The other explanation is that “chicken” or “rooster” (鸡) is pronounced similarly with 吉, which means “auspicious.” It’s common to see Chinese New Year paintings depicting that depict a plump child (representing prosperity) holding a chicken, and over time it merged with the symbol of the chicken-riding man for maximal auspiciousness, and of course it’s a very topical symbol for the Year of the Rooster.

There are also explanations for why the rooster-riding immortal is always the figure closest to the edge when acting as a rooftop decoration. Some say that it’s simply because a life-saving bird is the luckiest symbol of all, but others attribute it to a tale of the King of Qi’s brother-in-law (possibly not the same king as the other story), who was a social-climber but not actually conniving enough to stay in the game for the long run. The king cautioned him, “If you tried to rise any further, you’d fall.” The king’s brother-in-law later came to be associated with the man on the bird and architects put him in a precarious position on the roof as a warning against unfettered ambition. Some people also identified the chicken-riding immortal with another King of Qi, a huge tyrant who bullied animals among his multitudes of crimes. Now, a horde of animals get to take their ceramic-faced revenge by forcing him to the edge of the abyss.

Bonus question: What’s with the rooster riding the elephant?

You may have also seen some of these toys in stores or on Taobao, but no, there’s no story of an elephant that carried a rooster across a raging river. This is simply another pun: 吉祥, a word meaning “auspiciousness,” sounds like the combination of 鸡 (rooster/chicken) and 象 (elephant), making an elephant-riding rooster a lucky object to have around during the Spring Festival.