The document titled ‘Social Dimensions of the New Partnership for Africa’s Development’ emphasized economic and social development by embracing the spirit of building “a human community with a shared destiny.”

This was the first time that a political concept originated in the Middle Kingdom had ever been included in a UN resolution.

What could it possibly mean? Is it just a feel-good political buzzword?

At first glance, it means that the Chinese way of doing international politics has been acknowledged globally. A human community with a shared destiny is a concept that helped China create economic partnerships with other Asian countries. For example, an international bank very similar to the Washington-based International Monetary Fund (IMF) was founded two years ago in Beijing upon this political principle. According to the its website, although The Asian Infrastructure Investment Bank (AIIB) aimed to “bring countries together to address the daunting infrastructure needs across Asia,” it has 57 member countries while another 30 have applied for membership, including Canada and the UK.

Similarly, one of China’s biggest ventures built upon the same concept, is the One Belt, One Road project, a massive intercontinental complex of railroads, roads, and ports proposed in 2013. Although it hasn’t provided substantial results yet, it plans to align regional economic interests between more than 60 countries from different continents. The project has been widely acclaimed from countries such as Ireland and Peru, as well as criticized by others such as US and Japan. It’s a daunting task, and China has been on a propaganda offensive spreading word of what it claims will be an inevitable success. On the ground thus far, however, results have been mixed at best. 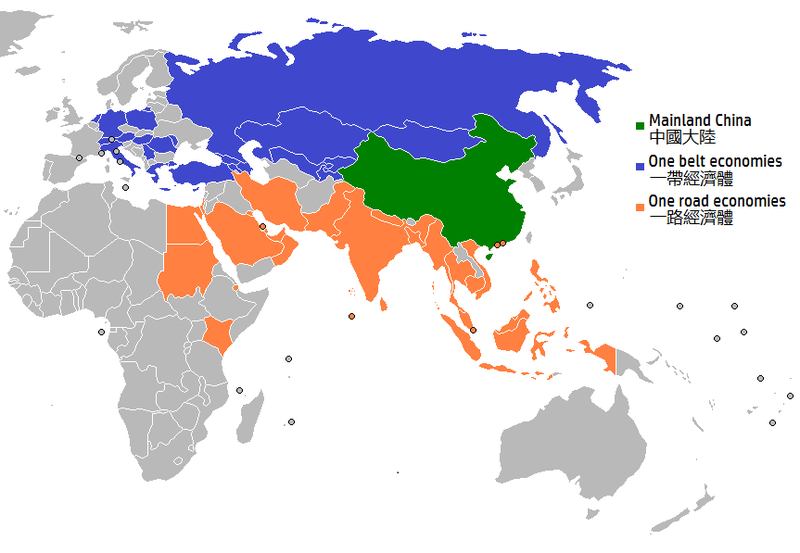 Countries in the One Belt One Road Project [Wikicommons]

Since some economic partnerships based upon the Chinese idea of a human community with a shared destiny were seen as a success, it is not surprising that the UN has finally included a Chinese term in one of its resolutions. But last week was not the first time that the concept was included in a political agenda.

According to the China’s Ministry of Foreign Affairs, the term is rooted in the time-honored Chinese civilization as well as in modern Chinese diplomacy. Hu Jintao introduced the concept for the first time at the 17th Congress of the Communist Party of China ten years ago while he was still the Secretary General. In a report, the concept was believed to be “the latest achievement in incorporating the development of Marxism-Leninism-Maoist theory into the vanguard of modern Chinese society’s forces.” In other words, the combination of the political principles upon which the People’s Republic of China was shaped and the modern conditions that surround it, led the country to share its own destiny with other nations, creating by doing so, a human community with a shared destiny.

Current President Xi Jinping used the term for the first time at a press conference five years later. He described his diplomatic approach to China’s foreign affairs and continuing economic rise in three stages. He stressed that it was necessary to maintain domestic unity and stability, to find alternative ways of coexisting with major powers through new relations, and to ensure a peaceful and stable neighboring environment through the human community with a shared destiny.

At the time, only a few people actually knew what he was talking about.

It wasn’t until the 2015’s commemoration of UN’s 70th anniversary, when President Xi’s speech shed a bit of light on what was considered a political enigma. The Chinese idea of conducting diplomacy though a human community with a shared destiny would be basically six major goals unified into one vision, he explained.

With the inclusion of this concept and international actors recognizing it, China is certainly changing the way that plays in the international game of diplomacy and contributing to the rules other countries play by. Consequently, increasing its influence in world affairs, if it’s wasn’t big already.

The inclusion of the concept came as great news in China even though the country is a permanent member of the UN Security Council. This means that while other countries rotate between the Security Council chairs, China will always have a seat in it. China has; therefore, the ability to stop international intervention in other sovereign states should it considered necessary to do so. 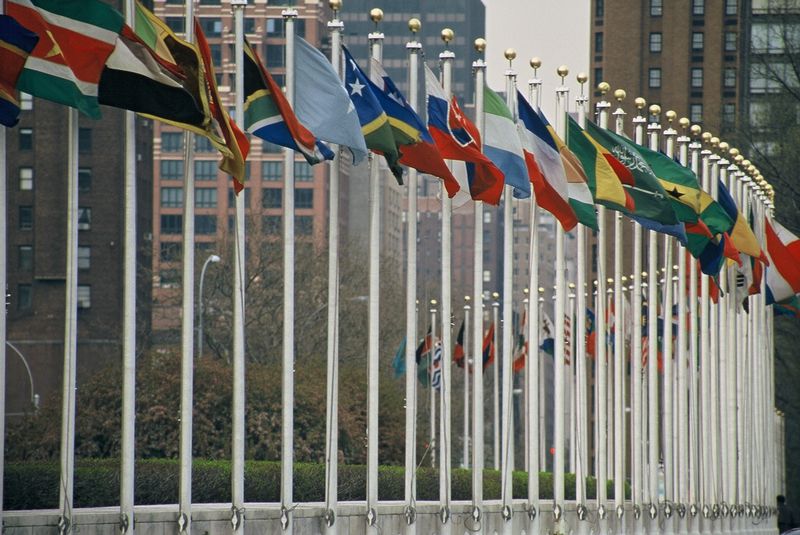 Some argue that China’s increasing influence in economics, social conditions, and world affairs could lead neighboring countries to be afraid of the Middle Kingdom. The decision of using of the human community with a shared destiny in international politics could be seen as a political tool to present itself as “powerful but not tough” (强势但不强硬), a traditional Chinese concept as well.

But whether or not other countries should be afraid of China’s influence in world affairs depends on each one’s political viewpoint, although it certainly is changing the way world governance is taking place. After all, while China has the idea of human community with a shared destiny, Japan had a similar idea about 75 years ago called the Greater East Asia Co-Prosperity Sphere. Spoiler alert: it failed miserably. “Characteristic towns” are China’s latest rural development strategy, but can every village truly be special?