The Communist Party is officially atheist, but consulting shamans is surprisingly popular, even among powerful officials

Political fortunes can rise and fall pretty fast. Wouldn’t it be nice if those politicians could get a heads up before any misfortune befell them?

Enter the shaman—for a political operative worried about being felled by competitors, a shaman can seem like an ace up their sleeve, preparing them for the worst. Sometimes though, the shaman is the bad fortune.

Asia has attracted a lot of attention for these cases. Former South Korean president Park Geun-Hye was recently impeached in part due to her ties with Choi Soon and a “shamanic cult”. Malaysian and Indonesian government representatives have toyed with shamanism, with Malaysian officials bringing a shaman to Kuala Lumpur’s airport to help search the missing flight MH370.  In Indonesia, there is a shamanistic branch exclusively dedicated to delivering benefits and victory for clients in the political sphere.

China, too, has its own shamanic past. Despite their famed fortune-telling abilities, Chinese shamans haven’t had much good fortune (pun thoroughly intended). Today, let’s take a tour through politics and shamanism in China.

Shamanism in China developed from ancient periods from coexisting with Confucianism during the Han Dynasty to almost complete eradication in the post-Maoist era with the 1960s’ Cultural Revolution. It was believed at the time that invoking spirits represented backward, superstitious, and feudalistic practices that reversed the progress of the People’s Republic. Tales about shamans in the country were heard more frequently after the 1990s, when the practice grew a bit more visible again. With visibility came controversies, and in the last several years some huge cases entered the spotlight.

Arguably the biggest shaman adviser in China was one who served Zhou Yongkang in 2012. China’s ex-security policy adviser, popular for being the most powerful Chinese official at the time, was found guilty of handing $21 million USD to a fortune-teller named Cao Yongzhen to predict his future. Apparently Cao couldn’t foresee Zhou’s downfall, and he was sentence to life in prison soon after the ruling party found out about the use of public money. Unfortunately for Cao, Zhou was not the only client that was caught, as former deputy party boss of Sichuan province, Li Chuncheng, was also found guilty of using public funds for personal shamanistic purposes three years later.

There are plenty of similar cases. In 2013, a 54-year-old ethnic Mongolian named Erdemt from Xiwuqi city in Shaanxi province was interviewed by The Guardian on his role as a shaman in a city where mining companies threaten the environment’s well-being. Erdemt mentioned that he provides solace to white-collar job seekers and assists local officials in assessing the spiritual implications of approving new mines. In fact, referring to such officials as “Han clients,” Erdemt mentioned that he had refused to see them any longer because they regarded his services as a poor investment.

Another famous soothsayer is Wang Lin from Jianxi province. The 61-year-old was investigated in 2013 after photos of him and members of the Chinese political elite were publicly exposed. These included former president Jiang Zemin and the sisters of former president Hu Jintao, as well as ministers and other party members. Wang Lin is so popular that celebrities such as actor Jet Li and Alibaba founder Ma Yun have contacted him for his services. 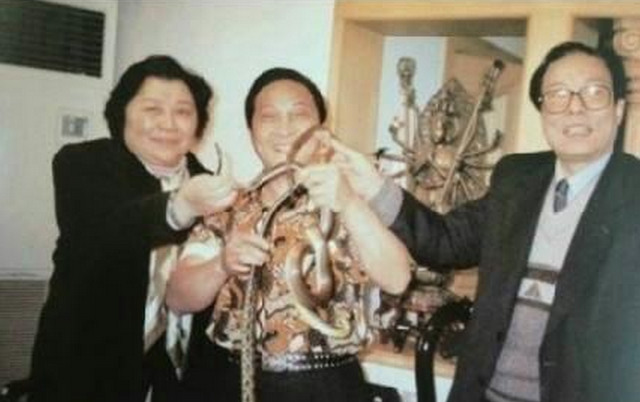 There are other stories which are harder to verify, such as one story circulating about senior officials in Henan province who thought their careers were done for because someone had pointed guns at their offices. These officials paid more than $1 million USD to local shamans to stop the waves of bad luck that supposedly poured out of the guns. The prevalence of such beliefs has been branded “an embarrassment for the officially atheist Communist Party” in the media.

Maybe they can ask a shaman how to resolve the issue.