Welcome back one and all to the wonderfully bizarre world of the Middle Kingdom. Coming up in today’s issue, we bring you what too much noodle fame can bring, the man bringing smiles to the world, mothers lining up to claim a daughter, and a new development in the world of tai chi. But first…

The thing about bike sharing is that it’s all about the “sharing”. Sure, having enough bikes is important but it’s the “sharing” part that makes it unique.

Now that China has a multitude of services that allow people to rent bikes on the cheap, some have taken it upon themselves to abuse the system and remove property from circulation.

By chaining up public bikes and thereby reserving them for private use, these users have found themselves the bane of the majority.

Fortunately, a user on Weibo came together with his video team to rectify part of this problem. Armed with a pair of chain cutters, 龙哥快跑 (Run Brother Dragon) went about the city seeking out public bikes that have been locked with private locks and setting them free.

The video below is in Chinese, but no language skills are really needed to understand what is happening. The only exemptions are when Brother Dragon confronts two individuals who attempt to stop him from cutting locks.

In the first instance with the young man (around the 3:25 mark), Brother Dragon and his (film) crew lock the young man to a fence and refuse to let him leave until he apologizes and admits his wrongdoing. After around two hours and numerous cards games by Brother Dragon, the man finally relents and is let go.

The second case was a woman (6:35). Having waited for the owner of the bike lock to show up, Brother Dragon immediately confronts the lady and demands to know why she did what she did. The woman initially scolds Dragon Bro, but then, after some slight physical contact, she sits on the ground, hugs Drag-Bro’s legs, and shouts that she was struck. Seeing that the woman did not intend to let go, DB begins to pull down his pants while screaming “rape”. In the end, the woman lets go and leaves.

Chefs and cooks become famous all the time. Some for their down-to-earth homely style of cooking (Jamie Oliver comes to mind), others for their sensual manner that blurs the line between food and sex (Nigella Lawson, I’m definitely looking at you), and then there are those that have certain performance traits to their cooking (does Gordon Ramsay really swear that much in real life?).

Last month, a cook in Chengdu rose to fame due to his unique method of creating longevity noodles (一根面). 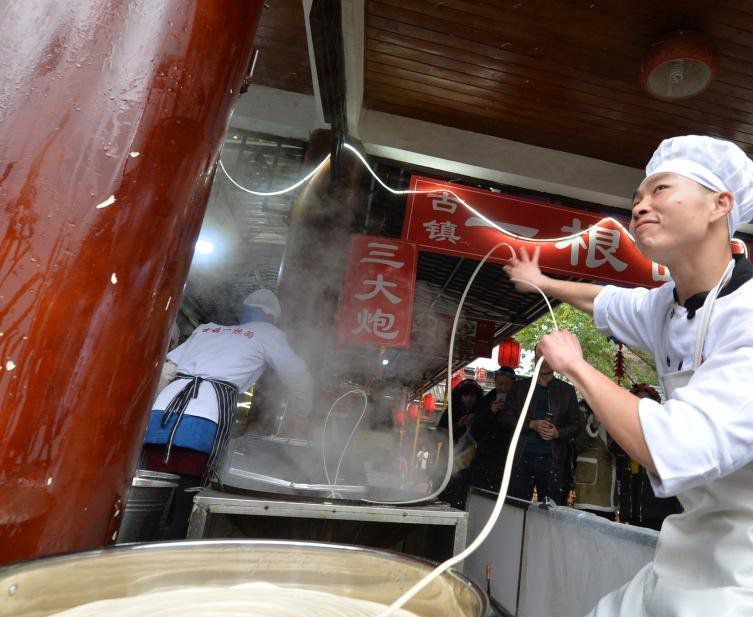 As well as that smirk [NetEase]

Crafted from one single piece of dough, this noodle stretches endlessly to form one single strand that makes up the dish.

Tian Bo, the cook in question, was filmed gyrating to music whilst tossing these noodles and thus became the object of much online praise. While this may have catapulted him into the nation’s eye, it also left him without a job soon after.

If he had a nickel for every photo taken… [NetEase]

According to reports, Tian sought to take advantage of this newfound fame and demanded a raise to his 3,000 RMB a month salary. The owner of his store agreed to increase it to 9,000 to 10,000 a month. Unfortunately, this amount was far below Tian’s expectations and he demanded 150,000 RMB annually (which is 12,500 monthly). The owner did not agree to this increase in wages of over 300 percent and let him go.

Both the owner and Tian himself have come out and said that the fame had gone to Tian’s head, causing him to lose focus. 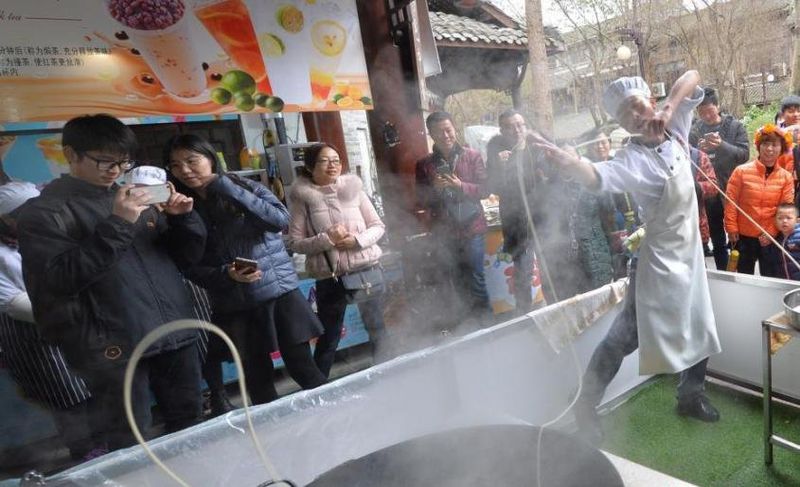 And focus is very important in his line of work [NetEase]

But for those of you disappointed about never having seen Tian’s performances, many other noodle chefs have also started adopting his “tossing” performance piece.

Perhaps the most polarizing form of photography to have ever been invented, the selfie has undoubtedly cemented itself in today’s popular culture. For better or worse, these types of pictures are a daily occurrence.

After deciding to pursue his dream of acting, Mei found it harder than expected. So, in order to drum up publicity for himself, he started to take selfies with strangers.

While many decline Mei’s invitation to “self”, over a nine month period, he has collected upwards of three thousand selfies. 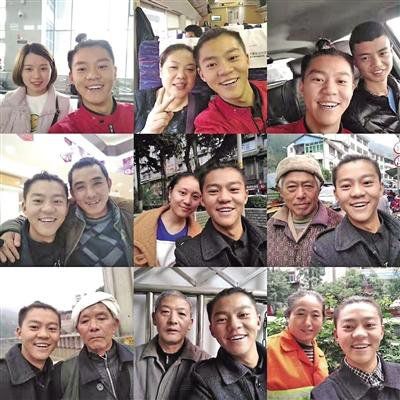 Some of the selfies in his collection [chinanews]

Mei is currently working as an extra but has now added another goal to his to-do list—the Guinness World Record for selfies with strangers.

Jenna Cook was born in Wuhan, Hubei province, and was abandoned as a baby in March 1992. Found near a bus stop, she was taken in by the Wuhan Children’s Welfare House and soon adopted by Margaret Cook, a school teacher living in Massachusetts.

After being admitted into Yale, Jenna received a grant to allow her to come to China to search for her birth parents. Her story was posted in local papers in an attempt to contact her parents. In the end, fifty families came forward, claiming that they left a baby in the streets where Jenna was found (read into this what you like). Unfortunately, after a round of DNA tests, none of the families were proven to be Jenna’s real parents.

However, not all is lost, as it is reported that Jenna has left her DNA sample with the Wuhan authorities in case any others come forward in the future.

Tai chi is known for its slow, controlled movements that combine hard and soft elements to form a martial art. And it is through this slow controlled movement that tai chi may finally be added to UNESCO’s Intangible Cultural Heritage list, which will be revealed later this year.

The application for tai chi to be included was originally rejected in 2008 due to, according to various sources, being “too vague”. The year after, UNESCO stated that only two applications could be made from each country and tai chi was unable to make China’s shortlist. It lost out to acupuncture and Peking Opera, both of which went on to become heritage items. 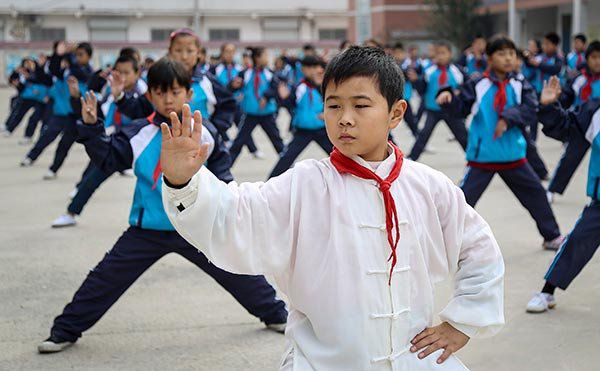 While hopes are high for tai chi to finally make it, there is a certain degree of pressure on China for it to be successful this year as rumor has it that South Korea and Japan are both making preparations to also apply. Previously, Chinese citizens were outraged that the Gangneung Danoje festival from South Korea made it into the list in 2008 on the basis that it is derived from China’s own Dragon Boat festival, which was not inducted until the year after. Noodles by the Knife

It’s all in the wrist