From sexbots to a mugger’s beatdown and the Hong Kong film awards: It’s Viral Week

Welcome back one and all to the wonder-filled world of the Middle Kingdom. Coming up on today’s Viral Week, we bring you an original animation from Tibet, beating robbers in Milan, China’s best Trump impersonator, and the results from the 36th Hong Kong Film Awards. But first…

What can a man with a master’s degree in artificial intelligence do with his life? Maybe create the perfect digital entertainment companion that knows exactly what you want to watch when you want it? Or perhaps design an adaptive video game that can changes content based on a player’s ability and experience?

Then there’s the approach that Zheng Jiajia went with—creating a sexbot.

In an attempt to fulfill the dreams of Weird Science fans everywhere, Zheng created Yingying last year and, after two months of dating, they “decided” to tie the knot.

According to reports, a friend had said that Zheng was deeply affected by a failed relationship during university and thought that he would never find love again, although Zheng has since claimed that this was a joke.

Zheng has promised to continue upgrading Yingying to build upon her abilities of simple speech and image recognition. He hopes to have her walking around and doing housework in the near future.

However, Zheng has yet to respond to claims that once Yingying achieves full AI (whatever that means), she will be born into a forced marriage and years of nonconsensual sexual abuse.

Coming in May to a Tibetan channel near you is Agu Dainba, a legendary folk hero famed for his intelligence and helping the poor combat their feudal rulers.

This new stop-motion cartoon marks the first original Tibetan animated film to hit the small screen and will run for over 52 episodes. It will focus on the retelling of “Uncle Dainba” stories in the Tibetan language and producers will concurrently release a series of books and other themed-products across the country.

Agu Dainba had previously appeared in Tibet’s first comedy in 1983 and famed playwright, Soinam Cering, has said to have collected over two hundred tales from locals regarding this folk legend.

Recently, two men in Milan attempted to hold up a supermarket in Chinatown. Unfortunately for the robbers, the Chinese store owner does not adhere to the adage of “the customer is always right” and proceeded to blind the men with pepper spray.

One of the criminals managed to escape, but the other was quickly caught in a compromising position from which he received beatings from both the store owner and his wife.

Li Liangwei was just like any other man when one day, while drinking with friends, he lost his temper and demanded that people listen to him. A mate quickly had Li repeat himself and then pointed out that what he had done bore uncanny resemblance to President Donald Trump.

Originally Li had no idea who this Mr. Trump was, but the more he read about the US president, the more respect he had.

This weekend featured the 36th annual Hong Kong Film Awards, which is what many say is the Hong Kong version of the Academy Awards.

And like all award ceremonies, the pre-show action is just as important as the awards themselves. 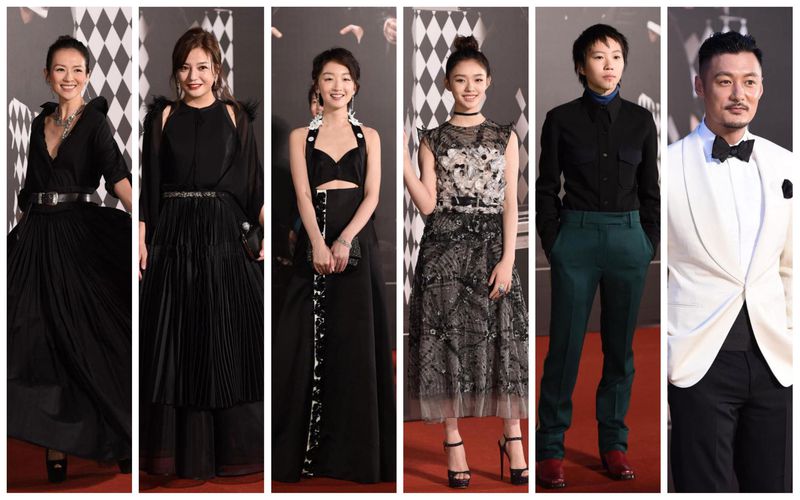 Cover image from Trivisa from Mtime