Forget the harmonious society. One of the largest, most populous countries in the world, China is—unsurprisingly—rife with local prejudices.

One popular form of insult projects animal traits onto those from different regions: Sichuanese become dogs, Guizhou locals are donkeys, and those in the Wu (Yangtze-Huai River) region are associated with cows.

However, not all insults are born from the same “logic.” Take the province of Jiangsu for example.

In 2014, Zhou Liang, a soccer commentator presiding over a semi-final cup match, introduced Jiangsu Suning as Subei Gou (苏北狗) or “Dogs from Northern Jiangsu,” referring to the fact that the team is based in Nanjing. Unsurprisingly, viewers were not too happy with this brazen display of localism on a mainstream broadcast and Zhou was let go.

Zhou is from Shanghai, where this type of insult is commonly applied to those in Jiangsu and its surrounding area. Shanghainese will call those from Nanjing Subei Gou (as well as Jiangbei Gou, “Dogs from North of the River”) and in turn, Nanjingers will use the phrase to describe other residents of Jiangsu.

Anyone with basic knowledge of Chinese geography or map will quickly spot that Nanjing, while north of Shanghai, is in the lower half of Jiangsu province. It is also definitely south of the Yangtze River: so hardly northern, even by provincial standards. 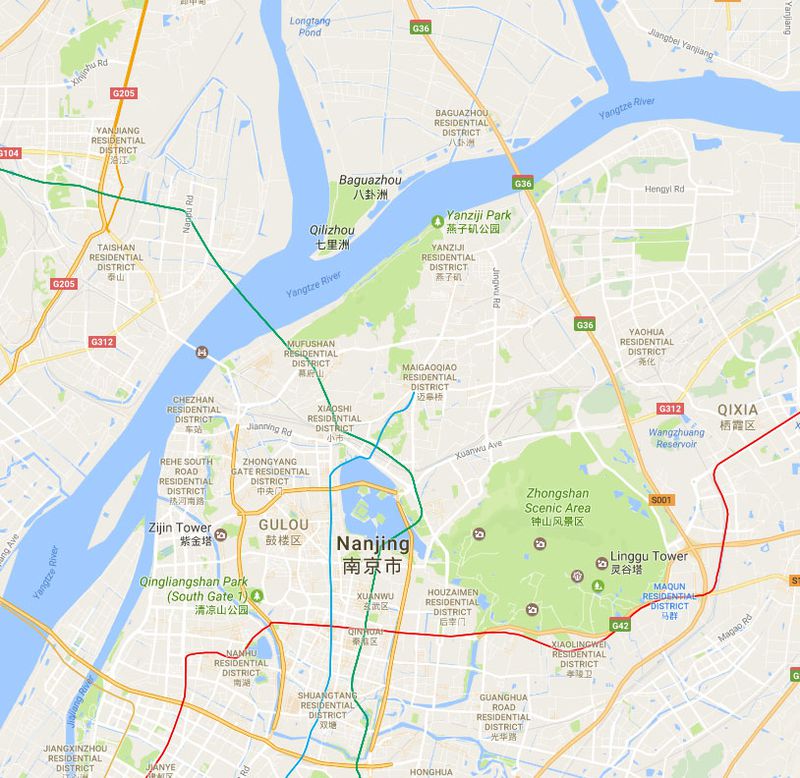 So why all the nonsensical and ignorant name calling?

Back when the area was still known as the State of Wu, people used Gang Bo Ning 刚波宁 (“People North of the River”) as a blanket term for cities such as Nanjing, Yangzhou, and Zhenjiang. Over the years, as Jiangsu province came to be, this area became Subei. Fast forward even further and you will find the definition became more even muddled. There are now those that believe anyone north of the Yangtze is fair game. Other believe that cities along the southern shore should be included. Then there are those that simply throw the whole province into mix. And that doesn’t even take into account the official borders that the Jiangsu provincial government drew up. 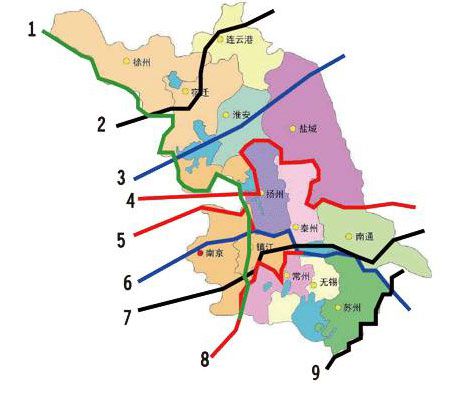 Just a few of the ways Subei has been perceived (大象公会)

Think of it as a verbal hot-potato—no one wants to get caught being a dog, so the insult is passed on to neighbors rather being called out, until even innocent bystanders risk inclusion (looking at you, Qingdao).

Regardless of the exact definition, this discrimination came about due to prosperity and wealth. Historically, Shanghai and its neighboring areas were the first to rapidly develop due to proximity to the sea and ports. Furthermore, areas to the north of the Yangtze experienced extensive flooding in the 1800s, ravaging the land and setting their progress back even further.

Thus elitists were quick to pounce on this gap in material wealth to disparage their geographical rivals. As usage started to spread, Subei Gou came to encompass Chinese discriminatory tendencies in general.

Today it is no longer just the rich bullying the poor. The pejorative has been directed at those with different dialects, confusing senses of fashion, even citizens of other countries. In an interview on the subject, Shanghainese woman returned from living in America was quoted saying that she would often curse out Puerto Ricans and African-Americans she met on the New York subway as Subei people.

To users of the insult, Subei culture is apparently one of impulsiveness, rashness, immorality, uncivilized behavior, and poverty. But it is important to note that the word gou (“dog”) has negative connotations by itself. Calling someone a Beijing Gou or a Yunnan Gou or even a Long-Haired Gou could land you in trouble with the addressee.

So next time someone calls you a Subei Gou, remember two things:

1. No one can agree on what constitutes as Subei, so the insult has foundational flaws.

2. The speaker is likely from Shanghai, and so is likely henpecked by his wife and made to carry her Chanel bag, on which she spent all her money only to find out it was a badly made fake. Not that we’re into regional stereotypes or anything….

Cover image is of Nantong, Jiangsu, hometown of this writer and definitely not a part of Subei, from 0513.org Having presence is sometimes a bad thing