Welcome back to another helping of your favorite post-weekend tonic. Coming up on today’s edition, we bring you which Chinese star wore it best at the Met Gala, protecting your undercarriage, doctoring pollution levels, and updates to the traditional martial arts versus MMA debate. But first…

A courier was going about his normal day—read about this our May-June magazine—when he spotted a peculiar sight at a Dongguan foreign language primary school: A woman walking with a young girl literally in tow. Our plucky courier decided to whip out his phone and hit record, before confronting the woman, who replied that the girl being dragged by her hair was her daughter and so he should mind his own business (because child abuse is fine if the child is yours).

The student was filmed crying that she wanted to go home. Later, the footage cuts to inside an office, where we see the real mother complaining to the authorities about the way her child was treated.

It turns out that the abuser was in fact merely a teacher.

The online community was outraged, with many hoping that the teacher experiences being pulled across the ground by her own hair. Meanwhile she’s getting dragged on Weibo.

It is unclear as to what other punishment the teacher will receive.

The annual Met Gala, or Costume Institute Gala as it is officially know, is an event where the hippest of the hip attend to show off their fashion chops. And for the last few years, it has been the place to be seen for Chinese celebrities.

This year’s theme (because there is one every year) is “Rei Kawakubo/Commes Des Garçons/ Art of the Inbetween.” So let’s take a look at a few of the  that were in attendance, and how they interpreted this ambiguous theme. 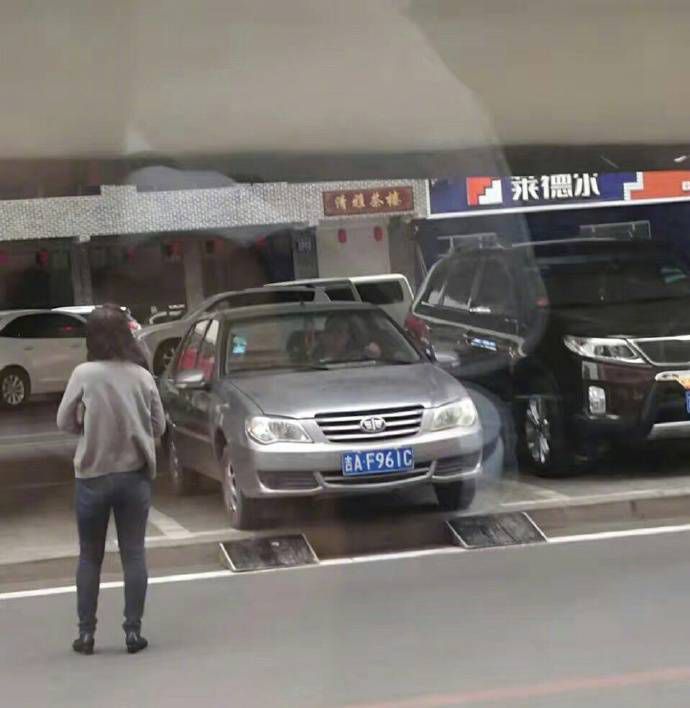 In order to reduced the possibility of scraping the undercarriage of her vehicle, the woman placed her own ramps next to the curb for her car to drive down. 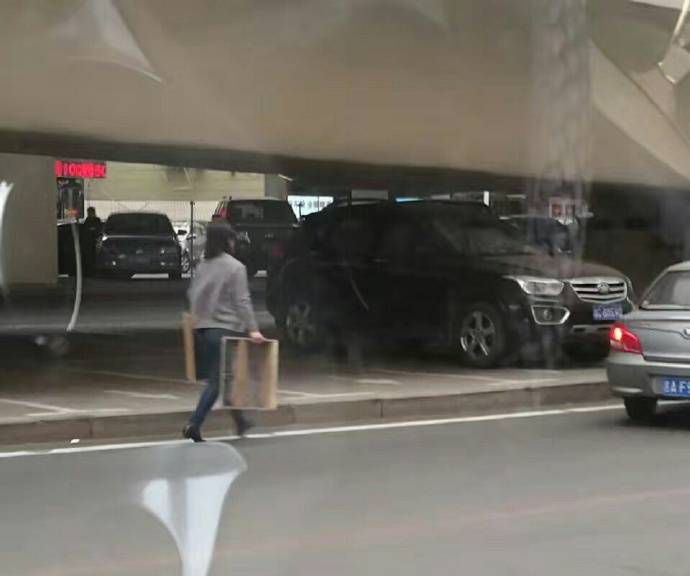 Until she takes them away with her (Weibo)

IS BEIJING RIGGING ITS POLLUTION READINGS WITH SMOG CANNONS?

You may have noticed that Beijing has just recently weathered (pun very much intended) a sandstorm that blew the socks off the air quality index (AQI). 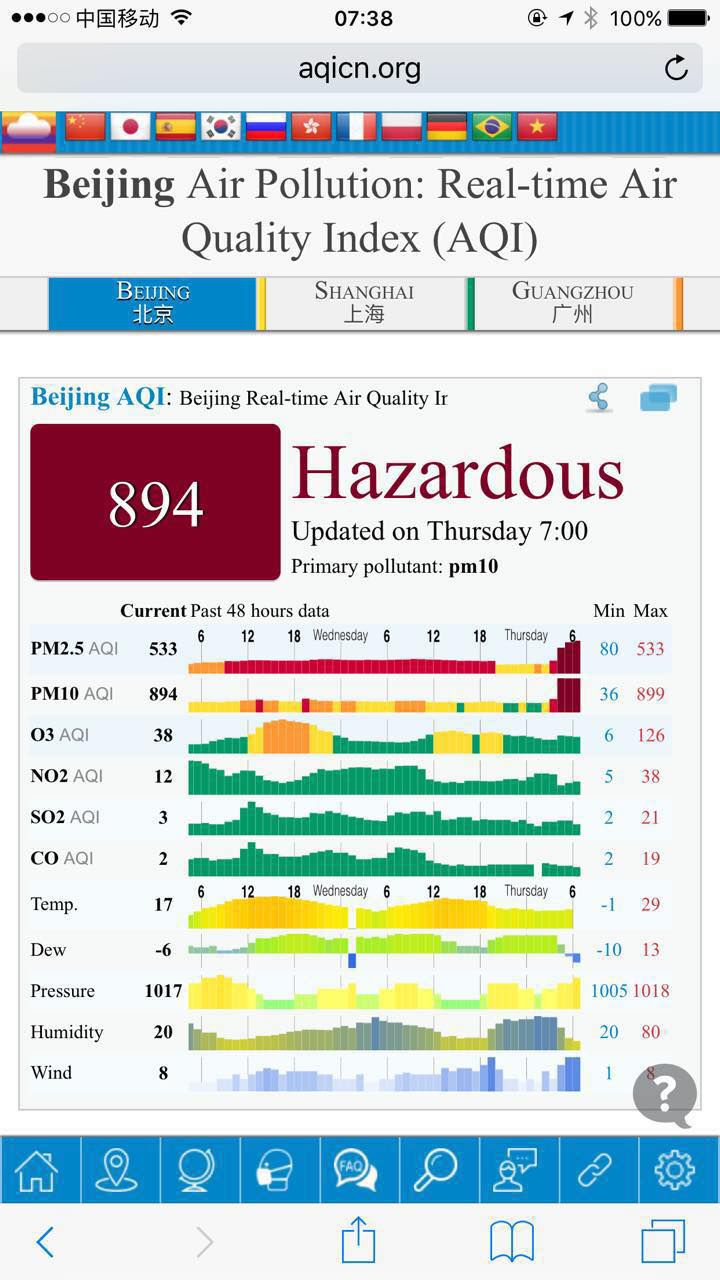 Maroon is the worst color to wake up to

But, as if to prove all air-doubters correct, a recent picture was released onto the interwebs which apparently shows a vehicle in Beijing with a mist cannon spraying water near an air-monitoring station. 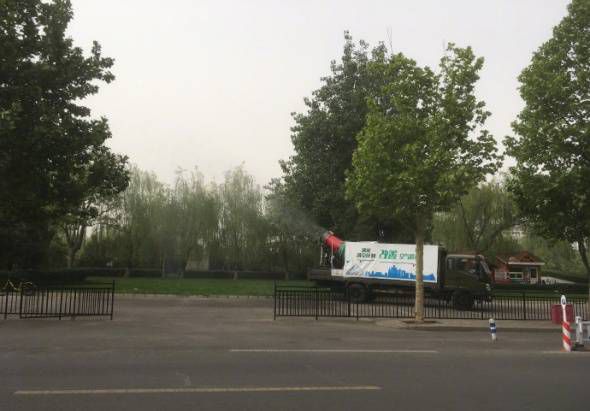 The controversy arises because these cannons are often used near construction sites to suppress particles in the air. When used near air-quality monitoring equipment, it can falsely reduce the AQI reading for the whole region.

Many cities in China use these cannons  in an attempt to reduce the general pollution. But this recent picture cast further doubt on the authenticity of AQI readings from official monitoring stations.

In response, the Beijing Municipal Environmental Protection Bureau issued a statement reaffirming their oft-repeated vow to take a zero-tolerance approach to data fraud.

With AQI readings last Thursday of around 900, people are starting to take a zero-tolerance approach to government promises.

One of the hottest topics of the last couple weeks is the humiliatingly short-lived scuffle between a mixed martial arts (MMA) fighter, Xu Xiaodong, and a Tai Chi master, Lei Lei.

This decidely one-sided affair sparked much debate over the effectiveness of traditional Chinese martial arts (TCMA) in real-life physical confrontations, particularly after Xu issued a general challenge to those in the TCMA community to take him on.  Both sides have their proponents and this week has seen more individuals throw their hat into the ring.

The Chinese Wushu Association (CWA) released a statement last week though unfortunately, it was not in defence of their fellow practitioner Lei. Instead the CWA condemned these types of arranged private fights and called them a breach of tai chi morality.

Meanwhile, Chen Sheng, the founder of the Tiandi No 1 drinks empire, has urged TCMA masters to teach Xu a lesson and pledged ten million RMB as an incentive. Chen has said
that the money would be paid over five matches, with the winner of each receiving 1.5 million and the loser leaving with half a million. Potentially, Xu could be set to make 2.5 million even if he lost all five fights.

Surely Lei Lei will want a second chance at redemption (and to become a millionaire), since he has already blamed his crushing loss on his shoes,  which were new and thus slippery. It’s Lei who sounds like the slippery one, as far as some as concerned.

“He never touched me when I was standing up…I only got hit when I fell on the floor,” said Lei in an interview. You know what they say about two-hit fights: Xu hits Lei. He hits the floor.