The tragedy and triumph of the 20th century’s greatest player

Who is the greatest Go player ever? Today, one would have to add “human” to the question, but in 1987, Go Club, a Japanese magazine was able to settle the debate by asking the top six living Go masters. The name these seasoned champions all agreed upon was Go Seigen, better known in China as Wu Qingyuan (吴清源), a Chinese-born Go master who dominated his contemporaries while revolutionizing the game—much like AlphaGo, in fact. Although he died in 2014 at the age of 100, Wu’s legendary life may even shed some light on the future of Go.

If today’s audiences were confounded by AlphaGo’s counter-intuitive winning moves, 18-year-old Wu had the same earthquake effect on the Go community in Japan, which represented the then-highest level in the world. In a game against the leading professional player Hon’inbo Shusai in 1933, Wu shocked Shusai with three innovative opening moves, the first being the “3-3 point,” resulting in his opponent calling for an immediate adjournment, a now-obsolete privilege for whoever plays White. Shusai eventually won by two points, but only after he prolonged the game to three months by calling for a total of 13 adjournments during his turn; rumor has it that it was one of Shusai’s students who suggested the winning move during an adjournment. 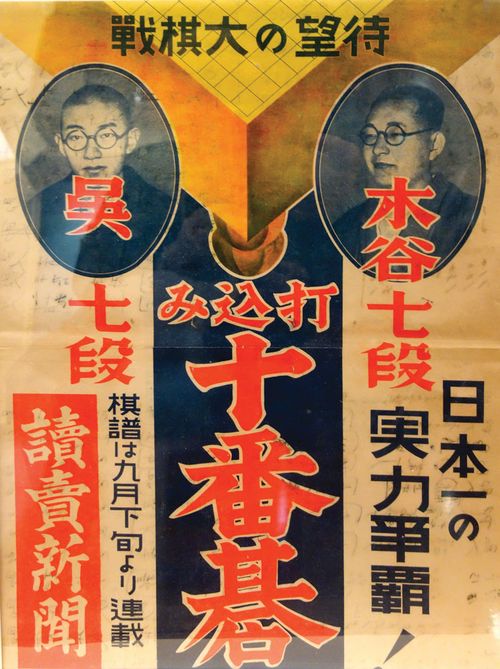 Along with his close friend Kitani Minoru, Wu brought a new approach and strategy to the game and ignited passion among younger players to break free from old styles and pursue new possibilities. (VCG)

It was a prosperous time for Go, but tragic, turbulent years for both countries. Wu suffered discrimination in Japan because of his Chinese heritage (he obtained Japanese citizenship to pursue a professional career). During the Japanese occupation of China in the 1930s and 40s, Wu received death threats from right-wing hardliners in Japan. He received little sympathy in China, where critics called him a traitor, and the Republic of China eventually drove him to renounce his citizenship in 1946.

Torn between the two countries, a distressed Wu and his wife joined a religious cult, and even gave up Go. Fortunately, this proved only a recess; both before and after his temporary retirement, Wu engaged in a series of spectacular “Jubango” games (a tournament of 10 games between two players) against Japan’s top players. Jubango, often referred to as “hand-to-hand combat on a cliff,” combined the highest honor of victory with the ultimate loss of face for losers—defeated parties would drop in rank, an affront deemed a great humiliation.

Even against such odds, by 1956 Wu had defeated every single one of his opponents by such a large margin that many were forced to agree: Wu’s ability was two whole ranks above even the highest professional level, 9 dan. In 1961, he stood to win yet another prestigious title, Meiji, when he was struck by a motorcycle and sustained a head injury (some theorize that this was a right-wing plot to prevent Wu winning any more Japanese tournaments). 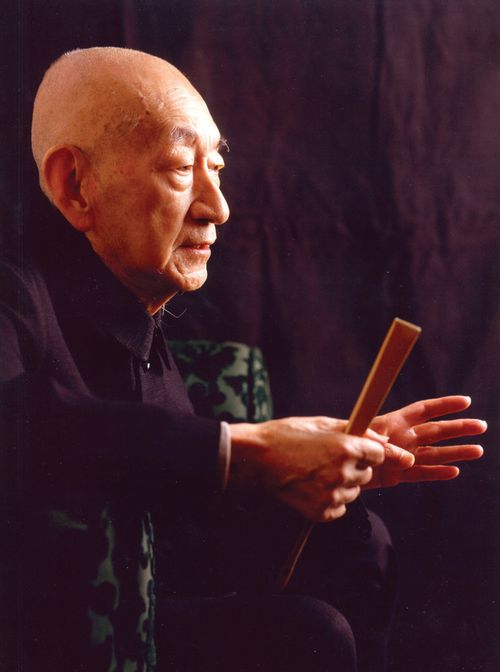 After the accident, Wu suffered mental breakdowns and migraines that would end his Go-playing career, even as it set him down a new path. Wu’s later years were devoted to a strategy he called “Go for the 21st century,” which promoted a holistic view of the game.

Influenced by Daoism, Wu saw as Go as a mediation of yin and yang, in eternal pursuit of harmony—by viewing the board as the “universe,” players could achieve the highest mastery of the game. Two of Wu’s students carried on his mantle: Lin Haifeng, a contemporary master who has won the Meiji title eight consecutive times, and Rui Naiwei, the world’s first female 9-dan player, and eight-time female world champion. An extensively researched biopic of Wu, directed by Tian Zhuangzhuang, The Go Master, was released in 2006. It was based on the biography The Spirit of Harmony, and interviews with Wu.

Widely revered as the greatest player of the 20th century, Wu was referred to as the “Sage of Go” for revolutionizing the game. As yet another revolution arrives with AI, a possibly glorious new chapter awaits the ancient game, if treated wisely.

Go Getter is a story from our issue, “Beyond Go.” To read the entire issue, become a subscriber and receive the full magazine. Alternatively, you can purchase the digital version from the App Store.

The Alpha and Omega of Go

TWOC attends the Future of Go Summit, the epic clash between human and AI that ended humanity’s 2,500-year dominance of the game