“Do you have any chickens out back?”

As code phrases go, it was not particularly subtle. Following a tip from someone who knew a guy, we were attempting to buy a live bird in a neighborhood in the southern part of Beijing. Amid the winding hutong were several stalls that had previously sold live chickens, usually under the cover of selling other fresh meat, but by TWOC’s visit in late March, these side businesses had disappeared, with vendors cagey to discuss when they’ll return.

The reason is what’s already killed 79 people and sickened 192 in China, in January alone: December to April is the peak season for deadly avian flu. According to the WHO, there were 38 deaths in January 2015, and just five the following year. This year’s spike has therefore caused alarm among mainland health organizations.

Live markets are at the nexus of myriad bird flu-related risks. At the basic level, avian influenza is transmitted from live or uncooked bird carcasses, but poor sanitation makes transmission of the virus much easier. All are prevalent at markets. Then there is the concern that, while bird flu isn’t currently capable of human-to-human transmission, mutations could make this possible in the future—and mutations most commonly occur when varieties of a species are cooped up together in unsanitary conditions.

Guan Yi was the expert responsible for identifying the source of China’s deadly SARS (severe acute respiratory syndrome) outbreak in 2003, and is now racing to research new viruses as lead researcher at the State Key Laboratory of Emerging Infectious Diseases and the Center of Influenza Research at Hong Kong University. The origin of the SARS virus was traced back to live markets, so progressing into bird flu research was a logical step. 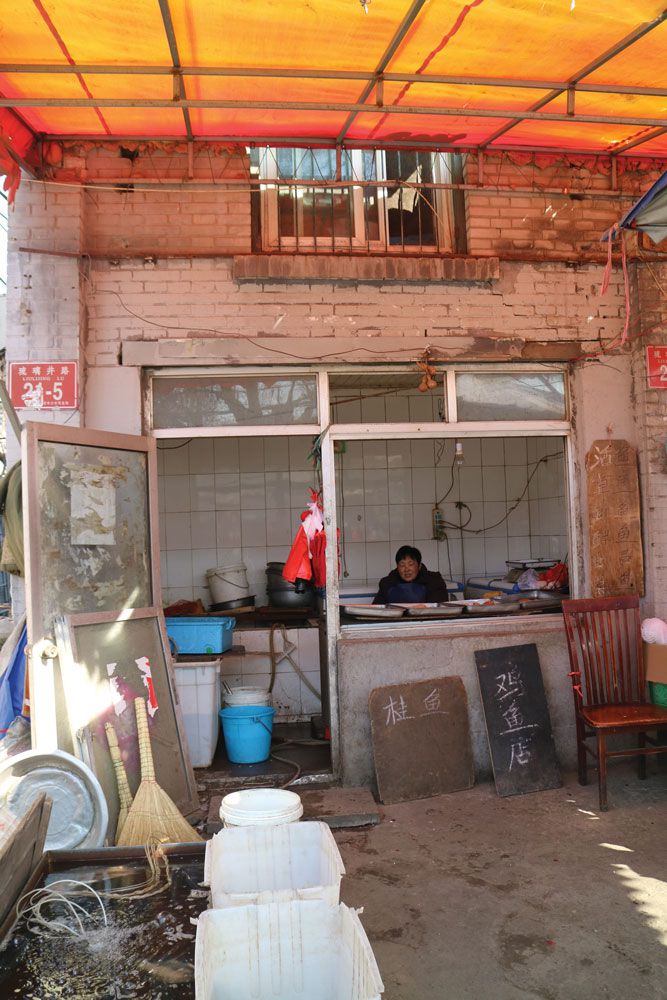 “We’re trying our best, but we still can’t control this virus [bird flu],” Guan recently told NPR. “It’s too late for us to eradicate it.” Guan said avian flu had shown a propensity for mutation, warning, “This virus poses the greatest threat to humanity than any other in the past 100 years.”

His time period includes, by a whisker, the 1918 outbreak of Spanish Flu which killed at least 20 million. Guan suggested that improved collaboration between governments and agencies would be key to stopping any future outbreak.

This initial response to SARS was an ultimately botched attempt to suppress news of the epidemic, an attitude that proved greatly damaging to the government’s credibility in tackling the threat of airborne bird flu.

Chinese governments at the local and provincial level have been lately moving to shut down unregulated markets, with patchwork bans in place across the country, but effectiveness varies. This is due, in part, to the fondness that many Chinese have for fresh meat. “Despite the widespread availability of affordable refrigeration, many Asian people prefer live animals for fresh produce,” noted medical journal The Lancet in 2004, a year after SARS. It’s not just a matter of taste but trust—in a supply chain suffused with unregulated additives from growth hormones to steroids, and notorious for scandals involving fake or tainted meat, buying your meat while it’s still flapping is perceived as a safeguard.

Authorities disagree and market crackdowns are frequent—if not necessarily effective. Last November, Beijing residents were baffled by the overnight disappearance of live freshwater fish from many super-markets, and concerns mounted when authorities weren’t forthcoming with explanations. “If there was nothing wrong with the fish, they wouldn’t have cleared them out,” a 73-year-old retiree, Zhu Lanrong, told The New York Times. “In the end, the different interpretations from various members of the public, the rumors and doubts that abound, are all signs of a lack of psychological security,” the Beijing News declared.

Guangzhou is among several cities with a high number of avian flu infections and deaths, despite extensive bans on live markets. In February, the South China Morning Post reported that a dedicated group of locals were continuing to buy meat from live markets, undeterred by the risks. “Guangzhou has been trying to sort out its rubbish problem for the past seven years and has failed miserably,” Zhang Yi told the publication. “They can’t ban live chickens.” 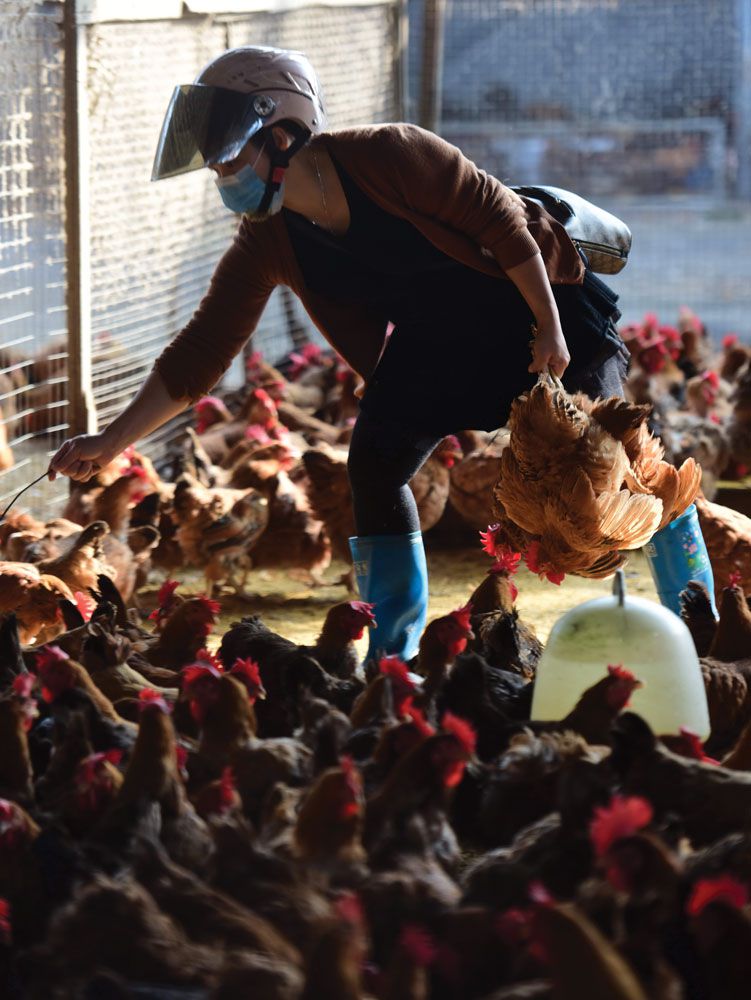 A worker inspects the flock for the plumpest chickens at a market in Qionghai, Hainan province (VCG)

In the same month, the Guangzhou Center for Disease Control and Prevention warned that, despite the culling of around 175,000 birds over winter, infected birds were present at 30 percent of the city’s markets.

Ni Daxin, deputy director of the center’s emergency response department, told media that “most of the human cases involve contact with wild birds or live poultry…surveillance at chicken farms and live poultry markets suggests that birds infected with H7N9 show no symptoms, but they can pass the virus to humans via contact.”

Government reports suggested that closing Guangzhou’s live markets for three days helped reduce spread of the virus by 60 percent, but another survey found just half of Guangzhou residents believed the closures would help ease the spread of bird flu.

“Sure, I used to have live chickens, but not any more, the inspections are getting more and more rigorous,” our merchant in the Beijing market tells us. “I don’t know when they’ll be back.” It doesn’t seem, though, like he’s given up hope. On a blackboard leaning against the door of the shop, the single character for “chicken” is still enigmatically scrawled, next to a sign advertising the shop’s other source of revenue in the meantime: live fish.

Markets Most Fowl is a story from our issue, “Wheel Life China.” To read the entire issue, become a subscriber and receive the full magazine. Alternatively, you can purchase the digital version from the App Store.