Chinese cat-lovers joke that cats are really a super-intelligent alien species, the 喵星人 (miāoxīngrén, citizens of planet Meow), who came to Earth tens of thousands of years ago to enslave the human race.

They have been rather successful, as shown by the fact that cat-lovers also refer to themselves as 猫奴 (māonú, “slave to cats”) or, for a more exalted version, the humble 铲屎官 (chǎnshǐguān, “Excrement Removal Officer”) to their feline overlord.

To Chinese feline lovers, that overpowering urge to pet a cat whenever you see its impossibly large eyes and fuzzy paws (even in 2D) also has a name, 吸猫 (xīmāo, lit. “snort cat”), implying that such impulses are a lifetime addiction. A picture that has previously gone viral online illustrates the severity of the affliction:

“Scientific Cat-Addiction Treatment” “Keep a Cat Once, Think About It for a Lifetime.” Illustration by 鬼师ensoul

The love for cats clearly run deep, which prompts every child to ask at least once in their lives, why the cat isn’t one of the 12 Chinese zodiac animals.

According to the origin myth of the Chinese zodiac, 12 animals were selected by the Jade Emperor through a race. The story goes that when the cat and rat got the news, the cat asked the rat (who was its friend at the time) to wake it up in time for the race, since it was nocturnal. The rat betrayed the cat, and by the time the cat woke up and found the race over, it got so angry it swore that its and the rat’s descendants would be enemies forevermore.

Legend aside, some scholars argues that the concept of 12 animals came into being near the end of the Warring State period (475 BCE – 221 BCE) while domesticated cats only became prevalent in China after they were introduced from the Middle East via the Silk Road during the Western Han dynasty (206 BCE – 25). But this does not mean that cats were known to the Chinese before that time.

In the Classic of Poetry (《诗经》), the oldest collection of Chinese poetry, compiled in the 11th to seventh century BCE, there’s a poem that praises a rich northern land that goes: “There are all kinds of bears, cats and tigers (有熊有罴，有猫有虎)”. Here, though the character 猫 (cat) appears, it was listed among other wild beasts found in a far-off realm.

However, in the Book of Rites (《礼记》), a record of the administrative customs and religious rituals of the Zhou dynasty (1046 BCE – 256 BCE), the cat appears to be much more involved in ancient Chinese society. There’s description of a ritual to worship a cat god in the end of a year: “Invite a cat god to offer sacrifice to, for cats eat rats in the farm fields (迎猫，为其食田鼠也……迎而祭之也).”

Recent archeological findings also suggest that cats have begun to be domesticated in China as early as 3000 BCE, independent from the arrival of cats from the Middle East: leopard cat bones were discovered in agricultural settlements in Shaanxi and Henan provinces dating from 3500 BCE to 2900 BCE. The leopard cat (Prionailurus bengalensis) is still widespread in Eastern Asian today, and this study suggested that they have begun to form a relationship with humans shortly after the start of agriculture.

The leopard cat, however, is only a distant relation of the Felis silvestris wildcat, which is native to Europe, Africa, and Central Asia, and is the ancestor of all modern domestic cats. Thus, if the leopard cat was ever domesticated, they are not related to today’s domesticate Chinese cats. Were they replaced by the new arrivals from the Silk Road? Researchers are still digging up more evidence. 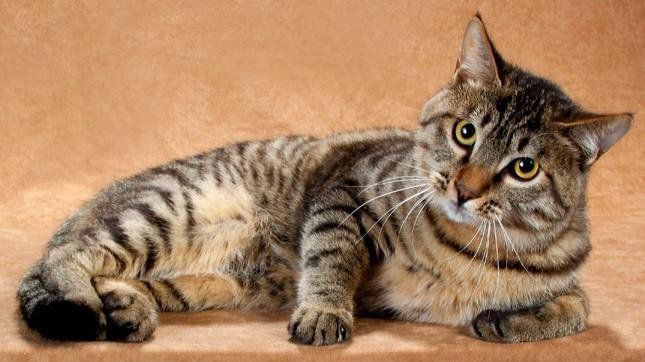 But regardless of where these lovable aliens came from, even the ancient Chinese weren’t immune to their spell. Besides dealing with the vermin, they were kept as pets of the aristocracy, called 狸奴 (“cat servant”, as the cat-human, master-slave dynamic has yet to be reversed). Various painting depicted cats as the companion of elegant court ladies. According to records from the Ming Dynasty (1368 – 1644), one emperor gave the nickname “Dragon” to his favorite cat and had it buried with a golden coffin, stele, and title when it died. 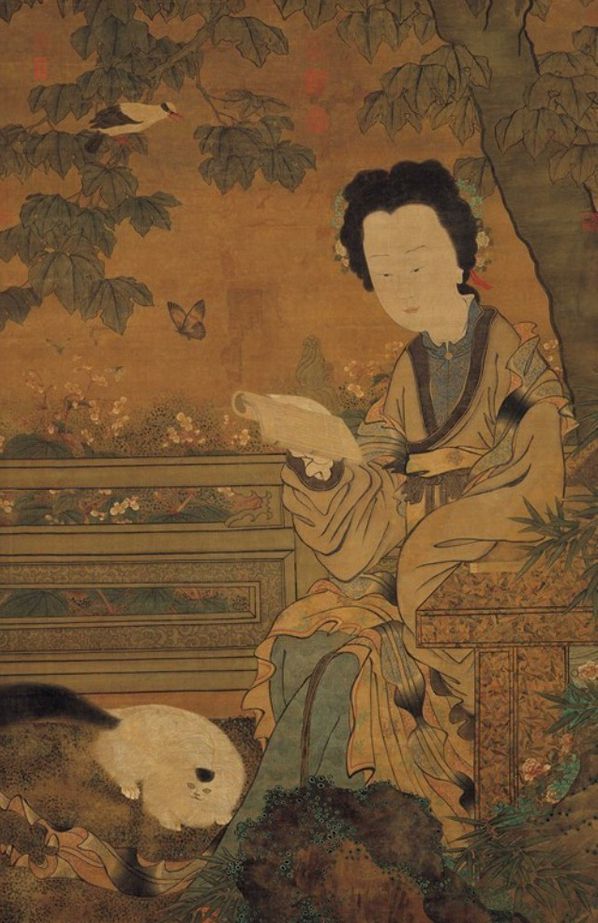 For ordinary people, welcoming a cat into the family was no small matter. Various poems from the Song (960 – 1279) to Ming dynasties referred to the adoption of a cat as 聘 (“paying a price to get,” such as with brideprices) or 迎 (invite). To formalize the adoption, the family had to prepare a small gift, either a string of fish for the mother cat or some salt for the original owner.

Song dynasty literati Lu You (陆游) was revered as a patriotic poet, but perhaps lesser known was his other great passion—cats. He’d written extensively about the creature, but more often overshadowed by his other themes deemed more important by the later generation.

One of his best-known poems, “Rainstorm on the Fourth Day of the 11th Month,” written when he was 68 and exiled into a small village after the Northern Song Dynasty’s collapse, is often interpreted a manifesto of his unwavering patriotism. “I slept stiff and alone in a lonely village without feeling self-pity/ I am still thinking of fighting for my country/ Deep into the night I lie down and hear the wind blowing the rain/ The armored horses and the ice river came into my dream.”

However, this was actually one of two poems he drafted under the same title. The other poem painted an entirely different picture: “The wind was hurling, the world of the rain darkened the village/ Rainfall on the surrounding mountains sounds like ocean waves/ The fire is warm and the wool blanket is soft/ My cat servant and I would rather stay inside.”

Wether it’s a dark stormy night in ancient times, or the stressful modern life, our feline friends will forever be there to offer consolation and comfort. To all “slaves to cats” out there, we hope you had a happy International Cat Day!