Propaganda film slammed by grandson of one of its central characters

Today is August 1st, the 90th anniversary of the founding of the People’s Liberation Army–China’s Army Day.

Naturally, a state-sponsored patriotic film has been released to commemorate the occasion. The Founding of an Army (《建军大业》) is, hopefully, the final instalment of a trilogy of historical films that began with the stodgy The Founding of a Republic (《建国大业》2009) and continued with the even more turgid The Founding of the Party (《建党伟业》2011).

First officially screened on July 27, the new film begins with Chiang Kai-shek’s annihilation of Communist Party members in Shanghai in April, 1927, and chronicles the formation of various Party-led armies through milestones such as the 1927 Nanchang Uprising and the 1928 event where they joined forces at Jinggang Mountain.

Aware that the historical content may be a little dry or overdone, the film’s producers have attempted to attract youthful audiences by casting popular young male actors, known colloquially in China as “little fresh meat.”

But the gambit hasn’t swayed critics—or even the family members of those being portrayed.

On July 25, Ye Daying, grandson of the late Ye Ting, a well-known Chinese Communist military leader who has a large role in the film, expressed his dissatisfaction with Ou Hao 欧豪, the 24-year-old actor who plays Ye Ting, by taking to Weibo, claiming Ou wasn’t masculine enough.

Recently, there has been a lot of hype around the film The Founding of an Army. The history of the revolution has been made into entertainment, which is a reproach and distortion of the revolutionary history. As General Ye’s descendant, I want to question [producer] Huang Jianxin and [director] Liu Weiqiang. Do you really know nothing about history or do you deliberately want to make money from big historical events? You picked a feminine male actor who can’t even stand straight to play Ye Ting. Who are you trying to humiliate?

Though Ye did not include Ou’s name in his post, the promotional team behind the film replied on Weibo, saying “You are welcome to watch the film when it screens. We are looking forward to the review.”

Ye duly responded on July 27, launching an official protest against The Founding of an Army to the State Administration of Press, Publication, Radio, Film and Television. In an open letter, signed by himself and other descendants of renowned Communist military figures such as Generals Zhu De and Ye Jianying, Ye wrote, “It is a good thing to see excellent young actors playing revolutionary martyrs … but letting a comedian play a martyr, and promoting the film with phrases like ‘little fresh meat’ will do no good … [and provides] a foundation for historical nihilism.” 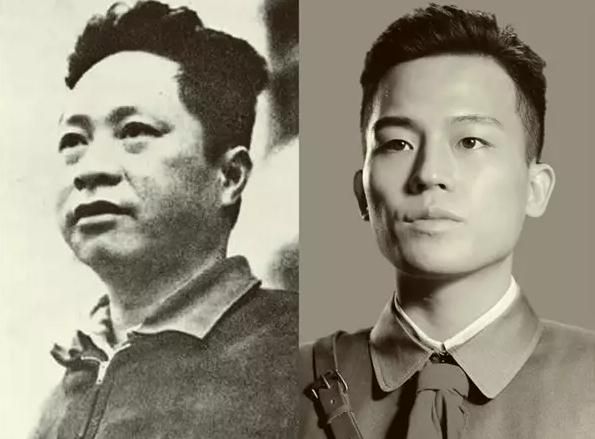 The film does have supporters among some family members of those portrayed, though. Wang Long, the grandson of He Changgong, said that his family were happy with the image of his grandfather on screen, posting, “Thank The Founding of an Army and [actor] Mr. Li Yifeng  for allowing my family and I to see a young He Changgong full of energy and righteousness appear on screen.” 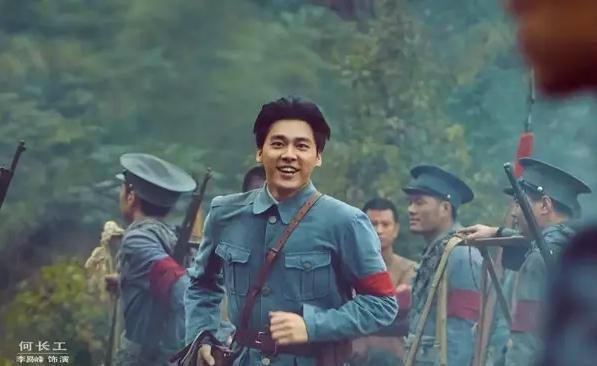 An image of He Changgong in the film, played by Li Yifeng (qq.com)

Amid fierce debate, some voices followed a pragmatic line. “That’s the reality. Without these pop idols, who will pay to watch patriotic films?” asked Weibo account @36college. That is, indeed, the question. Although real-time figures displayed on box-office monitoring site Maoyan.com claim that The Founding of an Army took 218 million RMB over its first five days of release, there are official requirements that force cinemas to allocate a sizeable proportion of screening slots solely to the film. In addition, on Douban, the leading film review website in China, the page for The Founding of an Army, as well as its two predecessors, does not display any rating or comments by its users. A tale of drunkeness, love and horrific hallucinations