Another day, another scheme in China’s ever-expanding collection of share-economy startups. The latest? Gym pods.

A startup in Beijing has begun rolling out pods that are slightly bigger than your average WC, each equipped with a treadmill and a few other bits and pieces to work out with. Misspao aims to have 1,000 across the city by the end of the year. They are all accessed the same way as a shared bike—with a QR code and a smartphone. Fees are low (currently $0.03 per minute) but whether they will stay that way, or indeed, whether the pods will even get to remain in the fickle share-economy, only time will tell. 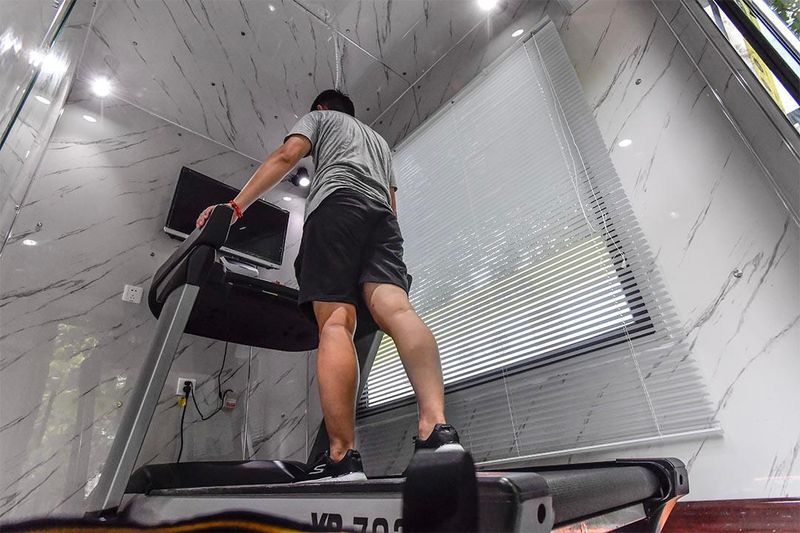 Facebook is blocked in China, but founder Mark Zuckerberg has always been really eager to get through the Great Firewall, somehow. With little fanfare, Facebook recently released a photo-sharing app for a China-only market which relies on WeChat to spread the pictures. They can’t even be reached by Facebook.

One may wonder what use there is in another WeChat photo app, but hey, if you wanna find out, you can download the app. It’s called Trojan Hor… no, wait, Colorful Balloons.

The basic principle behind Alibaba’s Ali Health system is to bring the might of market research and big data to the health sector. It essentially tries to streamline the process of seeing a doctor, but, aside from the typical tech-jargon enthusiasm, it’s unclear how this moves forward. Ali Health, for now, is growing rapidly in terms of users but still posting massive losses, with a deficit of 98.3 million RMB last year.

Two influential Chinese legal officials have written an article for Procuratorial Daily which argues that joint ventures with foreign countries have resulted in China’s fast-train technology being stolen and used in competition against China.

They didn’t cite any countries, though the primary joint venture projects were with Germany, France and Japan. Engineers from these countries have previously accused China of working with them to train their engineers, and use the transferred technology to sell Chinese HSR projects overseas, in breach of their contracts. The stolen Chinese technology was therefore largely based on misappropriated foreign technology. The article comes as the US is reportedly mulling action against China over intellectual property disputes.