Welcome back, one and all, to the wonderful world of the Viral Week. Coming up in today’s edition, we bring you arrested ejaculation, a noble boxer returning his championship belt, a beachside book bar, and of course, highlights from the PLA parade. But first…

Two Chinese men were recently arrested in Germany after being caught saluting one of the country’s  past leaders. You have probably figured out which one.

Standing outside the German parliament building, the men proceeded to take photos in which they imitated the famous salute used to greet Adolf Hitler.

Although the men have since been released on bail of 500 euros each, criminal proceedings have started and the men could face up to three years in prison for using symbols from a banned organization. Sympathy is apparently short among Chinese netizens, who are familiar with the concept of political taboos.

After a woman riding the escalator in the Wuxi subway, Jiangsu province, felt something pressing against her from behind, she discovered a mysterious stain on her clothing. Unfortunately by the time she came to her senses, the culprit was nowhere to be seen. The police, however, promptly launched an investigation—and discovered a serial pervert.

Last week, authorities arrested a man, surnamed Wang (appropriately enough), who is a suspect in three other cases of what the cops are terming “ejaculate expulsion in the proximity of women.” Wang is now being held in custody while they investigate the matter further. But to keep the internet occupied in the meantime, they have kindly released pictures and videos of the explosive crime taking place. 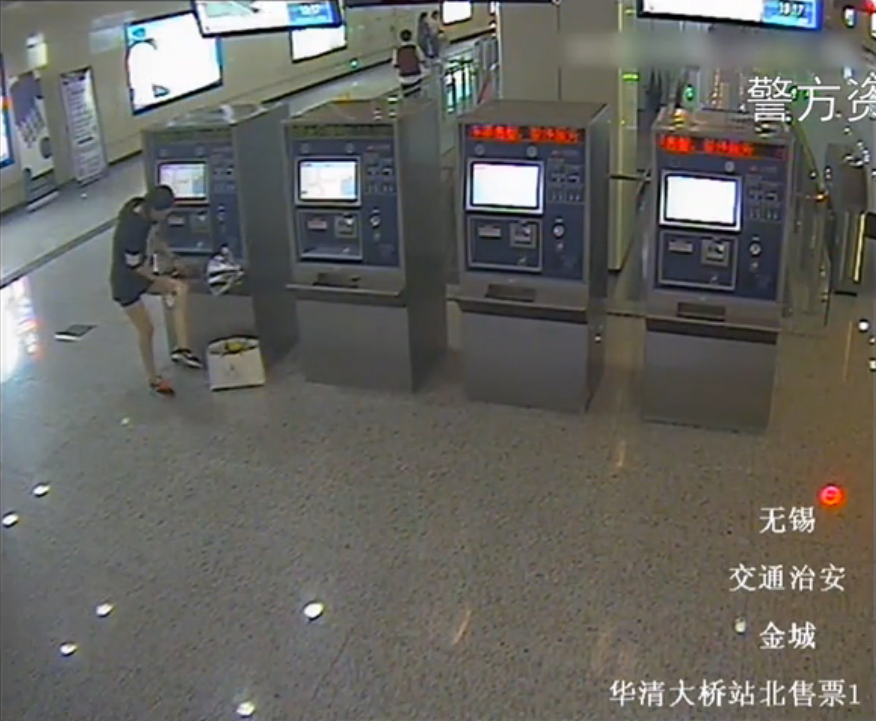 And there he goes… (NetEase)

Last weekend saw a showdown between two participants: one from India, the other from China.

No, it wasn’t Messrs Modi and Xi. Instead it was between boxers Vijender Singh and Zulpikar Maimaitiali.

However, in a shocking twist and further slap in Maimaitiali’s face, Singh offered to return the belt he won, saying: “I don’t want this title. I will give it back to Zulpikar.”

Singh claims that he wanted to spread a message of peace that might help relieve the border tensions that China currently has with Bhutan and India.

While Singh’s action may have been truly intended as a symbolic offer of friendship and peace between two countries, some may have perceived it as below-the-belt insult aimed at an opponent proven to be weaker.

Well, visitors to Qinhuangdao, Hebei province, will now be able to enjoy both without the hassle of providing their own books or sand.

Six “book bars” have been set up on different beaches in the city to give tourists the option of story over surf.

As an added bonus, the service that the “bar” provides can be enjoyed for free–though the word is misleading. There may be books on offer, but readers will have to bring their own bottle.

To celebrate the birthday of the People’s Liberation Army (PLA) last week, a military parade was held at the Zhurihe training base in the Inner Mongolia Autonomous Region. Click and feast, if you’re so inclined.