Dos and Don’ts for Chinese tourists in Singapore, divorce denied, iPhone indifference, and another footballer in hot water

What went viral in the week leading up to the National Holiday: We bring you no lines for iPhones, failing at divorce, ISIS recruitment, and rules for Chinese tourists. But first…

The last time Argentinian footballer and Mickey Mouse advocate Carlos Tevez was in the news, it was for choosing to go to Disneyland over watching his own team, Shanghai Shenhua, play.

Since then, Tevez has seen his head coach leave, and only been on the field thirteen times—not a great record for someone who is somehow still the highest-paid footballer in the world. The new head coach at Shenhua, Wu Jingui, explained his own decision not to use the star: Tevez is “overweight.”

Now French TV station SPR Sport has tweeted a video that shows Tevez apparently responding by critiquing the standard of football in China. One sentiment in particular caught the ears of the mainland media:

“Chinese players are not as naturally skilled like South American or European players. Like players who learned football when they were kids. They’re not good. Even in 50 years, they still won’t be able to compete.”

Shanghai Shenhua have since released a statement to defend Tevez—though from what, exactly, is unclear. And the original video can be traced back to an interview with Tevez in May by Movistar+, a Spanish TV station.

But let’s not forget that it is possible that Tevez gave two separate interviews in two different months in the same room, saying the same things, in the same way, wearing the same clothes.

Last Friday the new iPhone 8 hit stores in China. History tells us that these kinds of events are deemed unmissable and overcrowded.

Here’s what the outside of an Apple store in Hangzhou looked like on Friday morning:

Apparently security started setting up at 6am, but by opening time at 8am, only two customers were in the queue. Soon, security took down the barriers.

One possible reason for this lackluster enthusiasm is that most Chinese are waiting for the more expensive, status-enhancing iPhone X. Others have posited that, due to past crowds, many opted for the simpler purchasing option— going online.

Unhappily married couples in Sichuan province have come across an extra hurdle to jump through when applying for divorce: a written exam. 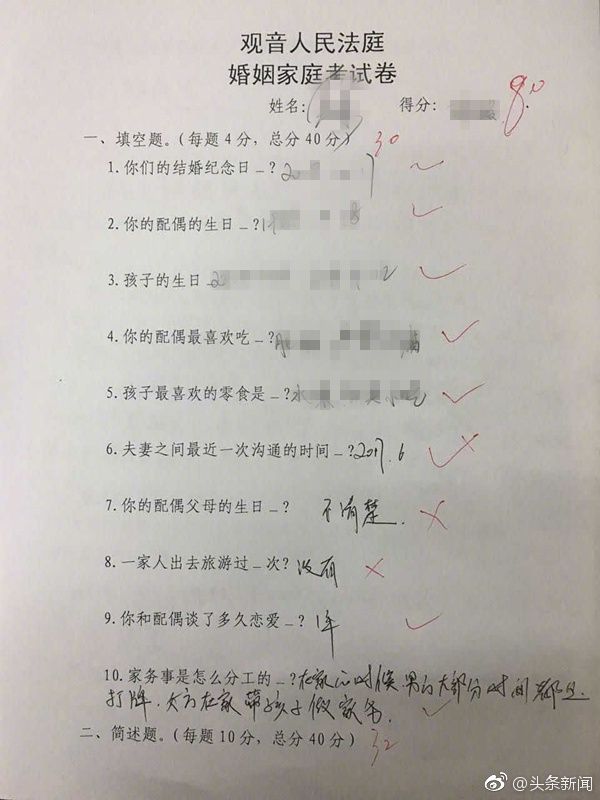 The first of these tests, made up of fill-in-the-blanks and short-answer questions, was given to a divorcing couple on September 14, and asked about anniversaries, favorite things, happiest moments, and reasons for wanting a divorce. 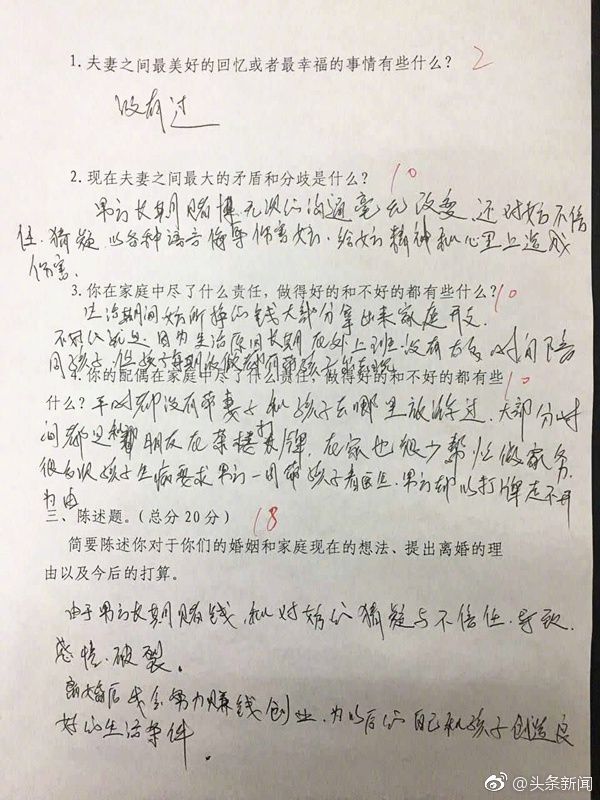 According to exam officials, a score of 60 out of 100 is the tipping point between a marriage being salvageable—or a lost cause.

In this case, the presiding judge ruled against the motion, so the man and woman were forced to stay together.

Originally, it was the wife who filed for divorce, citing gambling and trust issues as her main reasons. Since the ruling, the woman has had time to think things over and will not be appealing the decision made. It’s like a Hollywood love story, with Chinese characteristics.

A Chinese man was recently sentenced to nine months in prison (and a 1,000 RMB fine) after he broke antiterrorism laws.

Last September, the man, who was given the pseudonym Zhang Qiang by media, supposedly attempted to recruit terrorists by first changing his WeChat profile to Osama bin Laden, then sending the phrase “come join ISIS with me” to a private WeChat group.

Zhang claims that he was simply playing a joke and did not realize that it would cause so much trouble. The authorities have since combed through Zhang’s personal file and found nothing else related to terrorism.

Many commenters found the punishment given to Zhang rather harsh, while many more wondered how authorities uncovered this plot, given that this happened last year and that WeChat only recently changed their privacy policy.

With the National Holiday on the horizon, many Chinese have made vacation plans. Some may have already left. And some may choose to go to Singapore, where they will have been greeted by embassy officials…and a 30-page booklet.

The booklet contains guidelines on what and what not to do while in the country, and was made specifically for Chinese tourists.

Chinese tourists have unfortunately left a legacy of bad, annoying, or illegal behavior in the country, and the embassy in Singapore evidently hopes that this pamphlet will help reduce this sort of thing. The advice includes tips like don’t steal airline life jackets, don’t heckle in the theater, don’t bring fruit (which is “unofficially prohibited”) on public transport—and how to tip.