Baidu CEO Robin Li made headlines in July when he live streamed himself in an autonomous vehicle on the outskirts of Beijing. Attendees at a conference observed Li in the passenger seat of a Baidu-enhanced Lincoln Sedan making its way along an expressway. “You can see the driver’s hands are completely off the wheel,” Li told attendees.

There was only one problem: Autonomous driving is illegal on public roads in China, so Li may have been committing a crime. There was, admittedly, someone in the driver’s seat—or so became Li’s defense when traffic police announced that the case was being investigated for potential violations of traffic law, once the video went viral. Baidu had flirted with fire, and in the following days had to go into damage control. (It’s still unclear whether it’s illegal to be driving without hands physically on the wheel).

But the search-engine giant was far from alone in wanting to jump the gun a little. Chinese companies across the automotive and AI sectors are waiting with bated breath for the government to legalize autonomous driving.

At present, it is still illegal to carry out tests on roads without someone sitting in the driver’s seat; the moment that situation changes, the race to market will truly be on. In the meantime, industry leaders are coming up with innovative strategies to gather self-driving data without breaking the law.

If the future of driving is automated, then the companies that dominate this market could be the multibillion-dollar giants of the future—so they need to get in position, even if the regulatory environment isn’t particularly welcoming yet.

Baidu is among the biggest players in this sector, and is already known for pushing the envelope. The company has repeatedly announced its goal of having driverless cars on the road by 2018, with mass production beginning as early as 2021. Li’s stunt may be the boldest attempt yet to push for dominance in this sector. Other companies are taking routes of their own to reach the same destination.

Take UISEE (which stands for Utilization, Indiscriminate, Safety, Efficiency and Environment), for example. Li Yujia, a partner and the CMO at UISEE, explained to TWOC that the company anticipates things will change in the near future. “We are waiting on policy. We now have two strategies: One is developing our autonomous vehicles for restricted environments, and the other is partnerships with original equipment manufacturers (OEMs),” she said.

Both approaches were shaped by the current regulatory framework, if in different ways. The OEMs that UISEE are working with include large companies like Mercedes-Benz that have cars on the road and are involved in their own research as well (Apple, and Google’s autonomous-vehicle subsidiary Waymo, have both recently downshifted, shelving plans to build vehicle from scratch to instead focus on partnering with existing car manufacturers to perfect their software).

By cooperating with car manufacturers, companies like UISEE can gather information about road patterns and the behavior of human drivers, and use that data in their technology. This kind of cooperation is a common feature of the current autonomous-driver market in China. On the other hand, the “restricted environments” approach is an area where UISEE has already advanced ahead of the competition.

Restricted environments are typically areas like shopping malls and airports, which are not public property and have more predictable patterns of traffic and pedestrian behavior. UISEE currently has an experimental project operating at a mall in Hangzhou. Participants laden down with shopping bags can make use of an autonomous vehicle that resembles a golf cart without a driver; customers simply input their license plate on a tablet attached to the cart, which then chauffeurs them back to their parking space. A similar project is underway at an airport in Guangzhou.

Crucially, restricted environments are a way to get autonomous vehicles in operation and gathering data without putting them on public roads. Woe betides the company that gets regulators offside before the on-road race even begins in earnest.

UISEE has only been in operation since February 2016, but, according to Li, has quickly developed, thanks to the expertise of its staff. Founder Wu Gansha, a former CTO at Intel Labs, has sought out advanced talents outside the usual startup staff pool of eager graduates in their mid-20s, happy to be paid in stock options and promises. Instead, UISEE’s talent pool skews much more toward those in middle age with advanced degrees—a byproduct of focusing on experience rather than participating in the cult of youth (or exploitation) that permeates much of the tech environment in both China and Silicon Valley. 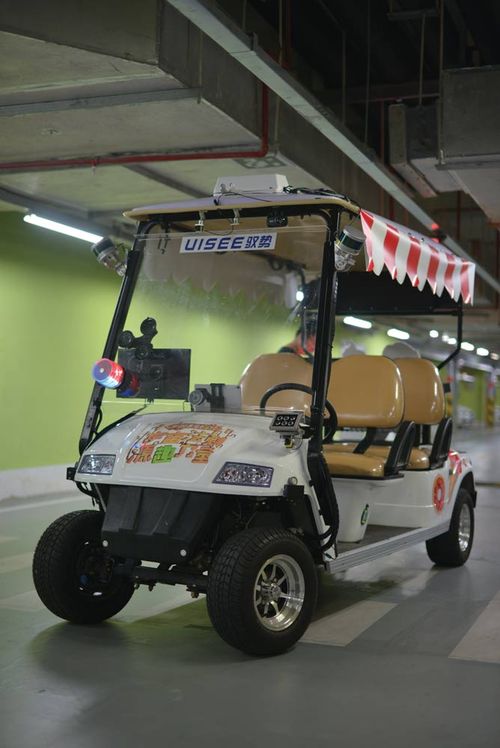 Chinese companies are also looking abroad in order to gather data and develop the technology where they can, carving out other niches along the way. In June, Chinese startup TuSimple—which has offices in both Beijing and San Diego—piloted an autonomous truck between California and Arizona. In August, TuSimple announced plans to bring 100 engineering jobs to Tucson, Arizona, within five years, giving them offices at both ends of that route. Why Arizona? Once again, it’s about regulations.

TuSimple CTO Hou Xiaodi told the Tucson Sentinel that the US state is “super open-minded about autonomous driving.” Within months, the company plans to have more autonomous trucks running back and forth, albeit still with human supervisors technically behind the wheel. Within five years, they estimate will have 10 to 25 trucks running between destinations without human assistance. “We want to show that we have millions and millions of test miles driven without any incidents before applying to run the trucks without drivers,” Hou told the Sentinel.

TuSimple has snagged investment from Chinese web giant Sina, as well as US graphics chipmaker Nvidia, giving the company access to advanced technology from both sides of the Pacific.

As for whether or not that technology will one day find its way onto Chinese roads, once again, the regulatory environment will have to pave the way.

Hands off the Wheel is a story from our issue, “Down to Earth.” To read the entire issue, become a subscriber and receive the full magazine. Alternatively, you can purchase the digital version from the App Store.