All the world’s a stage, but celebrities may be taking this idea too seriously. While it’s expected that actors and musicians adopt some sort of character when they perform, some can’t stop seem to acting even when off-screen.

In Chinese pop culture, the term “人设 (renshe),” short for “人物设定” (literally, “character setting”) refers to the public image that celebrities create to promote themselves. Since most of these personas are exaggerations or even fabrications, stars who are notorious for hyping an image are said to be “卖人设 (selling a character).” Self-consciously “mocked” on their TV guest spots and endlessly humble-bragged about in their Weibo blasts, Chinese stars’ fabricated personas fall into a few general categories, listed below. 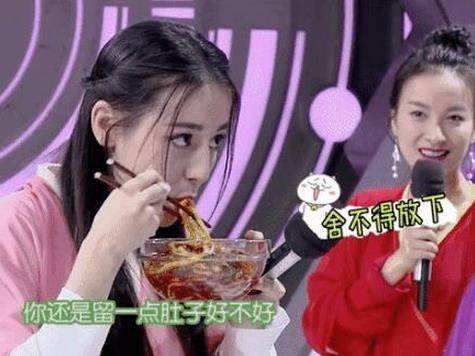 People love food. Foodies are non-threatening, down-to-earth, and energetic, so it’s no wonder many celebrities choose to adopt this personality, even (or especially) if they’re best known for having model-esque physiques.

Dilraba Dilmurat, also known as Dilireba, an actress of Uyghur ethnicity, is one of the blogosphere’s most infamous celeb-foodies, having connected her public image with “eating” ever since she was a young break-out star in the early 2010s. She’s shown either eating or craving things in many reality shows, and adopted the nickname 胖迪 (“Fat Di”), though she weighs just 47 kilograms and is around 167 centimeters tall. At first, many netizens said it was smart for Dilraba to style herself a glutton because needed some “shortcomings” to balance out her beauty.

But then, Dilraba took it too far. In one interview, she was asked how to keep fit, and she answered, “Gluttony can make you skinny.” This flippant response enraged some, including who have weight problems. Though people can’t prove Dilraba is not a real foodie, in the aftermath, people felt she was selling the image too purposely, which no longer made it cute. 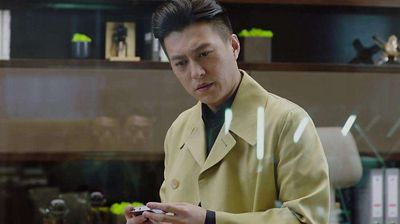 In the past, there was a saying: “If a man is not a bad man, women won’t love him. (男人不坏，女人不爱.)” But today, good can also be sexy. In the past few years, a new persona type has quietly became a favorite of male stars—the “Old Cadre.” They are the opposite to “little fresh meat”: Old-fashioned, traditional, serious, upright, and low-profile, unimpressed with trends and fashion, and always hard working, without seeking fame or attention.

Many stars have been adopting this persona, but the quintessential Old Cadre was Jin Dong, who wasn’t able to keep up the pretense. Since breaking out as the star of TV series The Disguiser, Jin had insisted on using traditional Chinese characters (and no punctuation) on social media, recommending “good” books to his fans to read, promoting the the concept of China’s 24 Solar Terms by publishing a Weibo post on the first day of each term, and claiming that his career goal was to star in lesser-known works (he hasn’t).

At first, audiences ate it up. But gradually, cracks appeared in the facade: First, people found mistakes in his traditional Chinese Weibo posts, including the name of famous writer Mao Dun. Then, he recommended a book named No Excuse, saying it was published by the United States Military Academy at West Point. However, the book was exposed over 10 years ago as a pseudograph with nothing to do with West Point. Many people began to mock Jin for his bad taste.

The final straw was when Jin told the media that he was reading articles written by “Nobel Math Prize winners.” Though it’s theoretically possible that he was fooled by pseudographs again, people couldn’t be reconciled to the idea of a wise, old-school gentleman who didn’t know there wasn’t a Nobel Prize in Math (or alternatively, didn’t read any book at all but lied). 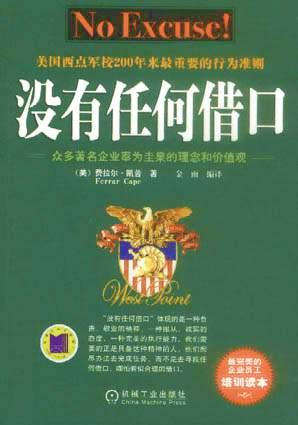 The “No Excuse” book that Jin enthused over (blog.sina.com)

It gets worse. Earlier this year, after transgender activist and TV show host Jin Xing criticized Jin Dong’s acting in her show, Jin wrote in his Weibo account that “I am a real man and only like to cooperate with real men, who are tough, simple, and clear. Those who are neither men nor women, who are not real men, I have no intention to meet them.” Maybe he was trying to resurrect his old-fashioned image with some old-fashioned male chauvinism….

Funny guys are always popular, so it’s no surprise that there are stars who dabble in humor. The most effective method for promoting one’s wit is probably telling jokes on social media. The representative in this category is singer Xue Zhiqian, who for a few years now, has been trying (really, really trying) to make his every Weibo post hilarious. At first, the more jokes he told, the more followers Xue attracted. But that wasn’t it. Occasionally, while joking, he would try to show his “true heart.”

I am in the business of female fashion…run an hot-pot restaurant…I sleep only five hours everyday…I can work hard to make money, to support myself to do music…because I am worried that I have no chance to prove myself…I am not a merchant…I am a singer…waiting for the day that I can be liberated…Thanks for those who still listen to my songs…If you have ever loved, I believe you will understand… on and on he went.

So actually, the real renshe that Xue is selling seems to be a hardworking man who is forced to entertain people but who has never given up on his musical dreams. Touching and honest, right? Well, until earlier this year when a scandal about a marital affair and possible financial scam he was involved with broke. The posts may still be funny, but fewer are interested in following.

Actor Deng Chao chooses to make fun of both himself, and his family. Though he has good looks and relatively acclaimed acting skills, fans are more apt to describe Deng with the term 逗逼, which can be roughly translated as “clown.” In Deng’s Weibo account, you can easily find many funny PhotoShopped depictions of him and his wife, actress Sun Li. 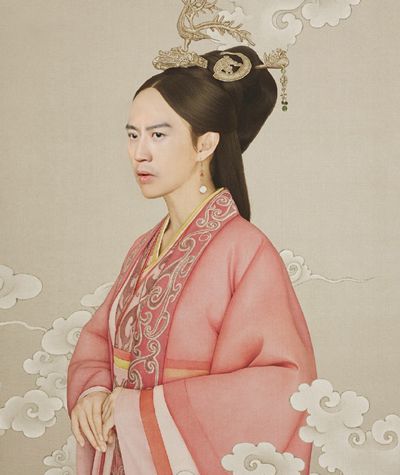 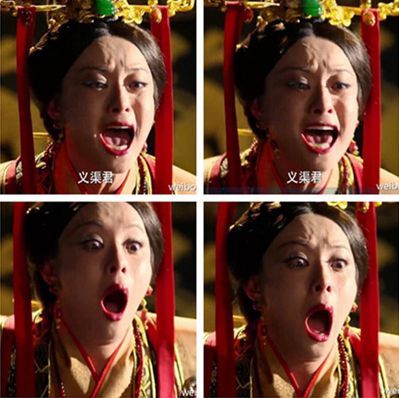 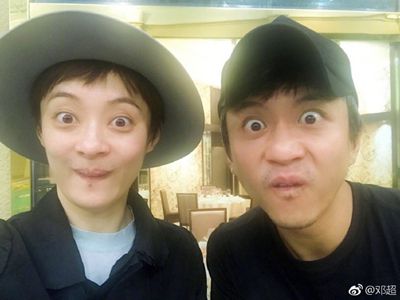 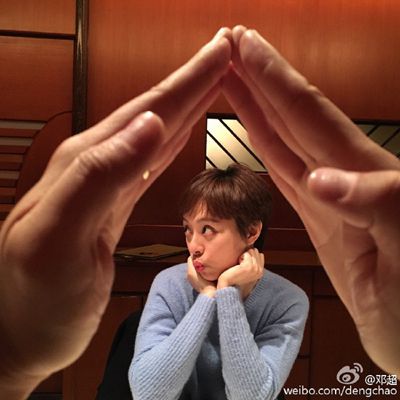 Obviously, Deng knows that his image don’t just show him as a funny guy, but also a sweet man in a happy marriage. So some netizens say, as long as Deng stays married to Sun (who herself has the reputation of playing strong, wholesome, historical women), his image is safe.

Chen He, Wen Zhang and Huang Haibo from left to right

If an actor is neither handsome nor humorous, he’d better be nice and dependable—like Chen He, who played “nice guy” Zeng Xiaoxian in sitcom IPartment and enjoyed this public image until he was found to have cheated on his wife in 2015. Another Family Man, Wen Zhang (Struggle), was known as a perfect husband after marrying actress Ma Yili, but his image collapsed in 2014 after he was reported to have an affair with actress Yao Di; Huang Haibo, who played family men in many TV series including Beautiful Daughter-in-Law and Let’s Get Married, used to be nicknamed “the Nation’s Son-in-Law,” but his image fell into pieces after he was arrested for prostitution. 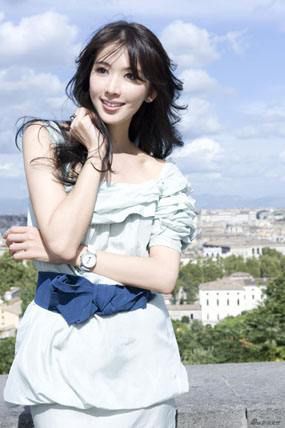 To be a goddess is not easy. You need to be beautiful and elegant, and stay this way in all your public appearances. Actress and model Lin Zhiling managed with a pretty face, good figure, pleasant voice, and good educational background. Whenever she makes a public appearance, Lin talks gently, smile politely, has impeccable manners, and never loses her temper. A lot of the public didn’t buy this at first, feeling the image was overdone, but then Lin managed the impossible by staying in this character for the last 10 years. Then the public’s opinion did a complete 180.

So the lesson for all celebrities is, whatever renshe you sell, keep it up at all costs. Then people will at least like you, even if it’s only to admire your effort.