When Tu Youyou was awarded a Nobel prize in 2015 for her work on the antimalarial drug artemisinin, she credited a 1,500-year-old Daoist doctor with her find.

Ge Hong (葛洪) , a fourth-century physician, was searching for alchemy ingredients when he unwittingly found an alternative path to immortality. Travelling through Guangdong, Ge was invited to stay at Luofu Mountain by the local governor, where he started practicing and studying local medicine, eventually compiling The Handbook of Prescriptions for Emergencies
(《肘后备急方》) .

Centuries later, a key passage in this ancient tome inspired the 2015 Nobel laureate Tu to study the sweet wormwood plant for the treatment of malaria. Her efforts eventually led to artemisinin, a drug that’s saved hundreds of thousands of lives.

Now Chinese scientists are hoping to use artemisinin-based drugs in coordination with new methods of tackling the disease, involving mass drug administration and source eradication, in a bid to wipe out the disease entirely. It has been millenia-long battle. A mosquito-borne tropical disease that still infects nearly 200 million people every year, malaria causes fever, anemia, chills, and headaches, and can lead to organ failure and death if not treated properly. Artemisinin—a key ingredient of the compound drug Artequick—a highly effective compound with close to 100 percent response rate for treating malaria.

Ge’s original prescription involving the wormwood plant, known as qinghao (青蒿), was picked up from common folk remedies and incorporated into Traditional Chinese Medicine, before Tu began applying modern scientific methods to study its efficacy and develop a drug that could be produced in useful quantities to tackle malaria’s spread.

But this breakthrough was still a long way off when Tu and her team began studying the disease as part of a top-secret military research project assembled during the Vietnam War. Soldiers on both sides had built up resistance to existing remedies like quinine and chloroquine. While the United States was testing a new series of synthetic drugs, Vietnam turned to its Communist ally China for help.

The year 1967 was hardly the best time for clinical research in China—quite the opposite, in fact. Research institutes across China were in paralysis, and the Cultural Revolution was in full swing. But a direct order from Chairman Mao led to the assemble of a secret leading committee. Their first conference took place on May 23, 1967, in Beijing (hence the mission’s codename, “523 Project”). During the next 13 years, over 60 scientific research institutes, up to 3,000 scientists, and countless local staff and personnel were mobilized to assist the 523 Project—a collective effort on a previously unimaginable scale. It led to some of the most distinguished breakthroughs in antimalarial research ever, while provoking controversy over the credit for decades to come.

With limited experience in scientific research and pharmaceutical development, the project was later compared to finding a needle in a haystack. The team was divided into several groups that studied chemical synthesis, clinical trials, transmission, immunity, TCM and more. The Guangzhou University of Chinese Medicine (CUCM) was one of the first institutes to join. Led by Professor Li Guoqiao, the CUCM team was initially assigned to study acupuncture, which turned out to have little effect on treating malaria. But Li developed a deep understanding of the development of malarial parasites, and when Tu and her team later successfully extracted a pure form of artemisinin, Li was assigned to study its clinical trials. In 1974, he was able to confirm artemisinin’s rapid efficacy and minimal side effects.

Identifying the extract was just the first step. Developing an effective drug that could be produced in useful quantities was the CUCM team’s next goal—one that turned out to be far more complicated than previously imagined.

Artemisinin and its derivatives were mainly ineffective because the seven-day course of oral treatment was too long. Most malarial epidemic areas are poor, which means patients usually stop taking medication once symptoms fade, to avoid further costs. Many also share drugs with family members to save money, further undermining their usefulness in fully eradicating the disease from the body.

In the 1980s, CUCM began developing compound drugs to shorten the treatment to three days. Li’s team produced four generations of effective artemisinin compounds over the next two decades. In 2004, they partnered with Guangdong New South Group to found Artepharm, a pharmaceutical company developing and manufacturing artemisinin-based medication for the international market. Their products include Artequick, a compound of artemisinin and piperaquine able to cure malaria with a once-daily, two-day course.

But the overall goal is prevention, rather than cure. Traditional methods to control malaria—spray pesticides, repellent, window screens—heavily focus on eradicating or stymieing its vector, the mosquito. In 1955, encouraged by early results of the pesticide DDT, the World Health Organization (WHO) started the Global Malaria Eradication Program (GMEP). But GMEP was abandoned 14 years later, having achieved no major success in Sub-Saharan Africa, which accounts for 80 percent of malarial infections.

For Song Jianping, a key CUCM professor who has led several overseas antimalarial programs in Southeast Asia and Africa, the efficiency of projects like GMEP are limited in many tropical areas. “Lots of the local houses are not fully enclosed from the outside,” explained Song, “so no even a screen or repellent at their entrances can protect the residents inside.” Even if they could, mosquitos in the wild would still pose a threat. 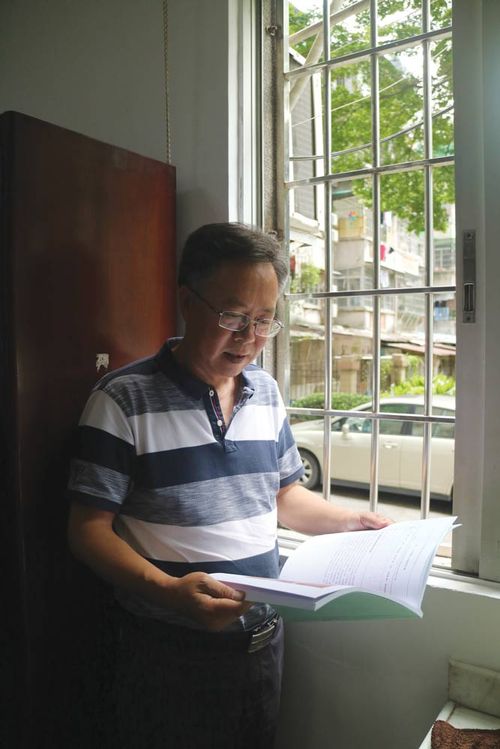 Professor Song Jianping started his research into tropical disease in 1998, and has since led several overseas antimalarial programs (Liu Jue)

“The infection is fluid: When one person gets infected, even if they are treated during that period, they may have already passed it on to someone else, and that person would become a new origin of infection,” Song told TWOC. “If In heavily infected areas, if the disease cannot be controlled quickly and effectively, people will continue to get sick and even die.”

China had gone down the same path, spending vast resources on controlling malaria using traditional methods, taking decades to produce results in areas along the Yangtze River, Hainan and Yunnan provinces. The inefficiency spurred GUCM to switch their focus from mosquitos to human hosts, curing the disease while blocking further infection. This new scheme, named “Fast Elimination of Malaria by Source Eradication” (FEMSE), costs less than 100 RMB per patient and is considered by many to be ideal for heavily infected areas.

Between 2004 and 2006, Song worked with Cambodia’s State Ministry of Health and Center for Disease Control to promote FEMSE among 28,000 villagers in highly infected areas in Kampong Speu province and its peripheral area curbing mortality rates by more than 90 percent in area where 95 percent of residents took Artequick once a month, for two months.

The biggest victory so far has been on the island nation of Comoros, in the Indian Ocean, where malaria was the archipelago’s biggest public health problem and cause of death by disease. With the approval of the National Ministry of Health and Ethics Committee, FEMSE was deployed between 2007 and 2013 using mass drug administration (MDA) on all three Comoros islands, slashing mortality by 98 percent. In 2014, there was not a single death from malaria on Comoros. 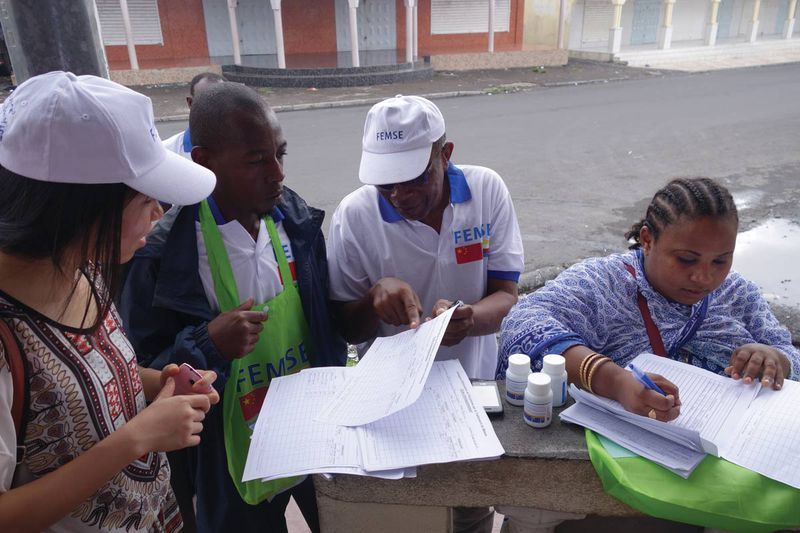 Though similar in method to a vaccine, MDA treatment is not without critics. “People who ask ‘Why give drugs to people with no symptoms have no idea how malaria works,” Professor Li told Guangzhou Daily, responding to complaints that one Japanese researcher had made to the WHO over Li’s methodology in Cambodia. He believes there are minimal side effects to drugs like Artequick. “With the transmission model of the disease, human vectors are also in a dynamic status. Today there could be 50 people infected and tomorrow, another 50…Only MDA can ensure the break of the infection cycle.” Having been at the forefront of both the Cambodia and Comoros projects, Song emphasizes the importance of working with local groups to fight malaria, who can keep a close watch on the spread of the infection. His team trained over 4,000 volunteers on to work with the FEMSE program who were key to its success. “Building on decades of solid work, we now have this low-cost, safe, and effective scheme to eradicate malaria,” said Song. “The rest is beyond science.”

The 1,500 Year War is a story from our issue, “Down to Earth.” To read the entire issue, become a subscriber and receive the full magazine. Alternatively, you can purchase the digital version from the App Store.