Welcome back one and all to the wonderful world of the Viral Week. Coming up today, we bring you Jack Ma’s martial arts flick, the wedding over Weibo, Chinese tourists robbed in Paris, and the split over a new commercial. But first…

How to get a police escort

In the video (shot from a police bodycam), a car is shown pulling up beside an officer. The passenger then says that they urgently need to get to the hospital and asks if the officer can help make way. The cop responds with one word—“Go”—before running to his bike, switching on the siren, and speeding away.

Viewers then follow the footage as the cop weaves through traffic and lights until he arrives at the hospital gates. He orders the gate opened and the car following drives in.

Users online were in awe of what happened, with many calling the policeman “cool” and “awesome.” Others commented on how reliable the cop was and how much they approved of what happened. No one mentioned how easy it was for the policeman to agree to escort the vehicle. All it seemingly took was a claim that someone was in need of urgent medical attention—the officer did not even check.

Something to keep in mind next time.

Alibaba tycoon Jack Ma has taken over the Chinese e-commerce market, sung in front of thousands, danced as Michael Jackson, and has set his sights on becoming the next Chinese action star.

On Saturday (coincidentally also Singles’ Day), a short twenty minute film is to be released with Ma starring alongside a host of well-known martial art actors.

How many can you recognize? (Mtime)

Ma has always been a proponent for traditional Chinese martial arts and the new film, titled Gong Shou Dao 《功守道》, will see him face (and win against?) opponents of various other styles of combat.

Anyone browsing through Weibo during the past week may have noticed that one set of nuptials dominated the rankings.

Upon further inspection it may come as a surprise that, despite your deep knowledge of Chinese celebrities, the newlyweds were not immediately recognizable. 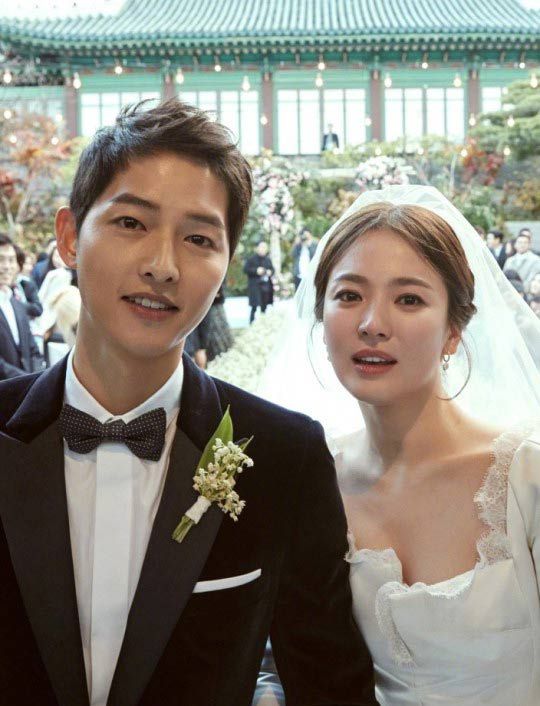 So why care? (Weibo)

That is because these two were not Chinese, but in fact South Korean.

Song Joong-ki and Song Hye-kyo were the stars of the 2016 Korean drama Descendants of the Sun, a show that was wildly popular in China. How popular?

On Douban, the number of ratings for Nothing Gold Can Stay, the successful Chinese drama released earlier this year, reached just over 50,000 at the time of writing. Descendants, on the other hand, is nearing the 90,000 mark.

Where they first fell in love… maybe (Mtime)

It also helps that a couple of Chinese celebs were also in attendance. 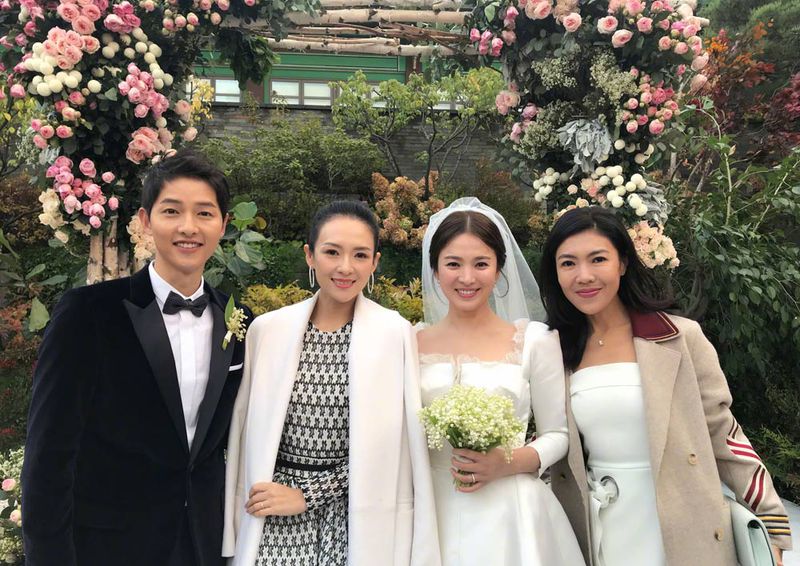 The newlyweds with actress Zhang Ziyi and president of Harper’s Bazaar in China, Su Mang (Weibo)

A group of Chinese tourists were robbed in a hotel car park in Paris has sparked the usual fears about the perils of leaving the motherland.

Reports say that four individuals ran at the tourists, sprayed them with tear gas, and made off with nine bags filled with recently purchased luxury goods. Police are investigating the matter.

This incident comes after two similar crimes were committed last year against Chinese in Paris, which triggered protests by the local Chinese community over claims of racism and a lack of security.

The four-minute video shows a man preparing to make stir-fried tomatoes and eggs to take to his friend’s pot-luck dinner. Unfortunately, he somehow struggles with how to combine the two and messages his mother for help. After a few unsuccessful exchanges, his parents send him a video where the mother cooks the dish step-by-step. The man ends up taking the dish to the gathering, where his friends praise his great cooking skills.

The final parts show the son imagining his parents waking up in the middle of the night just to show him how to cook and he reflects on this.

Many online commenters felt a bond with the man in the video, recounting the number of times they too had to call upon the might of their parents whilst abroad. Others were unhappy with the way that the parents were shown spoiling their son; some also pointed out that eggs and tomatoes are not only ridiculously easy to make, but hardly a dish you would take to a potluck.

Take a look and let us know what you think in the comments below.