Welcome once again to the Viral Week. After a packed week, there is much to say and much that cannot be said, so let’s get down to it. Coming up on today’s issue, we bring you clearing out the capital, an explosion in Ningbo, highlights from a Shenzhen tech fair, and video game makes its way into China. But first…

Earlier this month, a kindergarten run by Ctrip, the travel company, was put under scrutiny after it was revealed that teachers had been abusing children. Now, a private kindergarten in Beijing is being investigated over claims that employees have been drugging and sexually abusing their children. 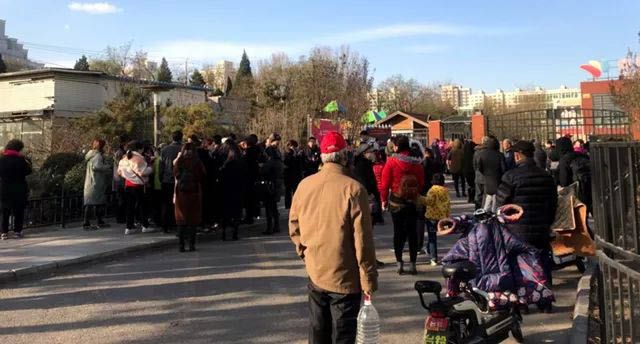 Parents protesting outside the school (Shanghaiist)

Last Thursday, parents protested outside RYB Education kindergarten in Beijing’s Chaoyang District and demanded to talk to the principal and watch surveillance tapes.

The parents claimed that their children where forced to take pills of unknown substances and given injections as a form of punishment or sleep-inducement. In addition, there were reports that children were given regular checkups by an “uncle and grandpa doctor” where they were forced to strip naked while one of the doctors was naked too.

Officials quickly announced an investigation into the matter and have since arrested two women—a 22-year-old teacher suspected of abuse and a 31-year-old suspected of spreading “unconfirmed and illegal facts,” referred to as rumor-mongering. Police say that they are currently continuing their look into the matter.

Clearing out the Capital

After a fire broke out last week in the Beijing’s Daxing district killing 19 people, officials launched a city-wide safety check to ensure the health of those living in poorer areas of the outskirts of Beijing.

Since then, authorities in several urban villages have evicted many residents living in illegal buildings or illegally rented rooms. Official statements have said that this is not targeted at migrant workers in an attempt to drive them out of Beijing. However, it has to be noted that this demographic is the main victim of these evictions.

On the other hand, many businesses and volunteers have taken action to help those who, after being kicked out of their illegal dwellings, or having their heat and water cut off to expedite their eviction, now find themselves without shelter in winter.

Moving swiftly to central China, the city of Ningbo, Zhejiang province, was rocked over the weekend after an explosion caused buildings to collapse and kill two individuals.

The explosion, the cause of which is still currently unknown, occurred at 8.50am on Sunday and shattered nearby windows. According to reports, the event centered round the outskirts of the city where the main people affected were, once again, migrant workers.

The municipal gas company have said that none of their gas pipelines were near the epicenter which was situated within a demolition site.

Last week, saw the conclusion of the China Hi-tech Fair 2017 held in Shenzhen, where the brightest minds in science and technology displayed their new innovations.

Playerunknown’s Battlegrounds (PUBG) is a popular online game that was previously refused entry into the Chinese market for its deviation from socialist core values.

Fortunately, Tencent bought a stake in the game’s developer, Bluehole, and now plan to make the necessary changes needed to ensure that PUBG contains “socialist core values and traditional Chinese cultural norms and ethics.” This could include decreasing the game’s gore or updating design elements.

With this official release, Chinese players will be able to connect to a Chinese server when obtaining the “healthy and positive cultural values and guidance” the game provides through gloriously killing digital humans.