Viral Week is our weekly round-up of the previous week’s trending memes, humor, rumor, gossip, and everything else Chinese netizens are chatting about. Think of this as a celebration for the start of April and a salve for forgetting how the months are ticking away…

Coming up today, we bring you April Fool fun, another student suicide, and more VPN rumors. But first…

Return of the Prodigal Tiangong

Tiangong-1, China’s unmanned space station prototype that has been lost in space since 2016, re-entered Earth’s atmosphere over the South Pacific at 8:15 a.m. Beijing Time today.

Since the rover’s fiery return had been predicted any time between March 30 and April 2, it has been an exhausting weekend for media and netizens preparing emotional salutes for the inevitable hashtag party (the winner, @西安美术培训_西雅图: Like a soaring flamingo, it traverses the brilliant starscape. Tiangong-1, farewell!).

Launched on September 29, 2011, Tiangong-1 ended its service in March 2016, and has been since decaying in orbit to netizens’ serenades. Both it and Tiangong-2, launched in 2016, are test stations meant to prepare for the launch of a permanent Chinese Space Station.

The tragedy seems to have repeated itself when Tao Chongyuan, a third-year graduate student in Wuhan University of Technology jumped to his death last Monday on campus. Tao’s online chat records suggested that abuse and threats from his advisor Wang Pan may be the main reason. According to the records, Wang had ordered Pan to call him “father” while handling his housework. Meanwhile, Tao had to show up in Wang’s house at his whim to find a pair of missing glasses, deliver lunch or take out cash from his clothes before washing them. 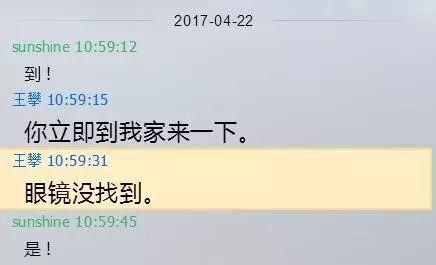 WeChat history between Tao and Wang. “Come to my place at once. Can’t find my glasses.” 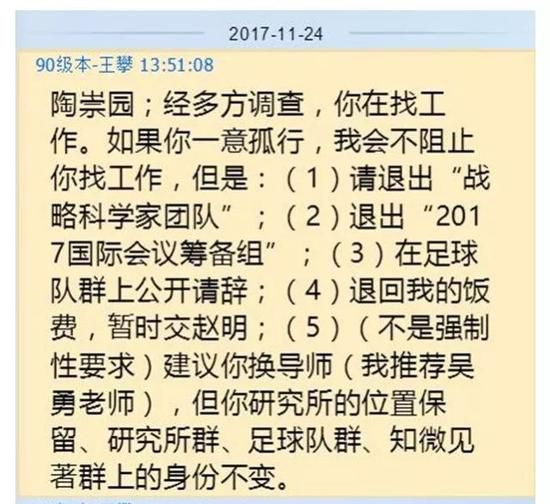 The threat from Wang to stop Tao from finding a job

This daily abuse, combined with broken promises of scholarships and recommendations to study in the US, had led Tao to consider leaving. But when he began to apply for jobs, Wang threatened him to return his living stipend, remove himself from research groups and campus football team.

To explain the phrase “do housework” in their chat history, Wang said in a statement, “We have our own unique word system…we have adopted the face-to-face 30 minutes communication session, when we discuss academics, personal experience and thoughts, everything…we have agreed to called it ‘do housework at Teacher Wang’s’…” So far, the university has offered to compensate Tao’s family 50,000 RMB on “humanitarian grounds” and promised to fully investigate the incident.

Finally, some good news—or not bad news, anyway. A feared VPN shutdown was expected by many to occur over the weekend, as per guidelines for regulation that stipulated March 31 for the deadline for compliance. Some had thought this could herald a total blackout on foreign VPNs, casting all of us into to an inescapable Chinternet and meaning no more Google services, Twitter, or contact with the outside world. That has not happened. Yet…