Mao Zedong was famously said to have considered the US and its nuclear weapons “paper tigers.”

“We have a very large territory and a big population. Atomic bombs could not kill all of us. What if they killed 300 million of us? We would still have many people left.”

This bravado was in the face of what many high officials in China considered an actual threat: General Douglas MacArthur had openly sought to expand the Korean War into Manchuria, with an air offensive directly against Chinese forces; contemporaries noted that MacArthur was keen on using nuclear weapons against China, although never made the formal request to President Truman. (MacArthur was quickly removed from command for his insubordination against a “limited war” in line with Truman’s “domino theory” toward Communism)

This Cold War threat made cooperation on nuclear weaponry a cornerstone of the Soviet-Sino relationship, especially during the brief honeymoon of socialist brotherhood in the 1950s. Thousands of USSR experts made their home in China, transferring vital technology to the nascent Communist country. (You can still visit the Beijing Friendship Hotel in Haidian–a bizarre Soviet-style five-star hotel, complete with an American-themed TGI Fridays)

However, the relationship between Mao and Stalin’s successor, Nikita Khrushchev, quickly soured. To Mao, Krushchev’s “Secret Speech” against Stalin was a repudiation of his own policies and a rallying cry for remaining rivals; by 1960, the relationship was beyond repair. After the “Sino-Soviet split,” the Soviet Union called back their experts, though not before they had provided the PRC a solid foundation to build their own nuclear weapons.

It was a goal which China realized in 1964, with Project 596’s atmospheric test in Lop Nur, in eastern Xinjiang.

China then announced what would become known as its “non-first use” or second-strike policy: In theory, China would only use nuclear weapons in retaliation, and would never use them against a non-nuclear power.

A strikingly pacifist policy (in the context of the sabre-rattling Cold War) actually made a good deal of sense. The first strike race was an expensive game to play, and ultimately proved the undoing of the Soviet Union’s economy. Meanwhile Mao focused on the quality and survivability of its nuclear deterrent, initiating the huge and hasty Third Front policy.

But China’s nuclear capabilities started a domino effect of proliferation throughout Asia. Following the 1962 skirmishes between India and China, India began to pursue nuclear weapons of its own, culminating in a successful test explosion in 1974. (India also claimed “no first use” policy, putting the two countries at an uneasy impasse)

After Pakistan went to war against India in 1971, which culminated in a large loss of territory,  it also had to catch up. After India conducted tests in 1998, Pakistan quickly followed up with its tests, solidifying a new position as a nuclear nation, even as its treacherous program leader, Abdul Qadeer Khan (AQ Khan), sold top-secret information to unfriendly or unstable regimes such as Iran, Libya, and North Korea. 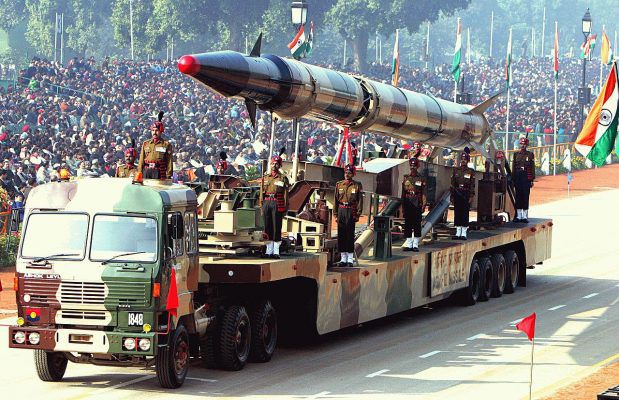 China joined France as a signatory to the Non-Proliferation Treat in 1992, agreeing that it would not transfer nuclear weapons to other countries, nor assist non-nuclear powers to get nuclear weapons. However, China’s nuclear cooperation in 2010 with Pakistan (not a signatory to the treaty) sounded off alarm bells, although China claimed that the exchange was peaceful.

The United Nations has since been pushing China to ratify the Comprehensive Test Ban Treaty, which bans all nuclear explosions–atmospheric, underground, underwater, or in outer space. Although China signed to the agreement in 1996, it still has not ratified the treaty.

However, China has shown commitment to the agreement, including building four International Monitoring System stations to determine if nuclear explosions have been conducted. While China’s adherence to the law may be viewed as a positive development, Li Bin (Senior Fellow of Carnegie Endowment for International Peace’s Nuclear Policy Program and Tsinghua University professor) noted that when China signed to the treaty, not much more progress was expected, as the capabilities of nuclear weapons were reaching their theoretical limits.

Some now speculate that China may drop its “no-first use” policy. Yet even with it, Beijing has unwittingly been an impetus for continental nuclear proliferation—abandoning the policy could only exacerbate the situation.