The latest target for China’s facial recognition bonanza is livestock, and aims to revolutionize farming

Chinese tech conglomerates have been investing heavily in facial recognition, and it’s not just for monitoring students or capturing criminals. The latest target is livestock and poultry.

Tencent’s April 1 announcement that it was planning to install the technology in a new goose farm in aspiring data-hub Guizhou province turned out to be an April Fool’s joke. Two months earlier, though, competitor Alibaba Cloud installing its complex-problem-solving AI platform ET Brain at a pig farm in Sichuan. Exact figures aren’t available, but specialist publication 36Oxygen reports that investments in this pilot project amounted to over 100 million RMB. 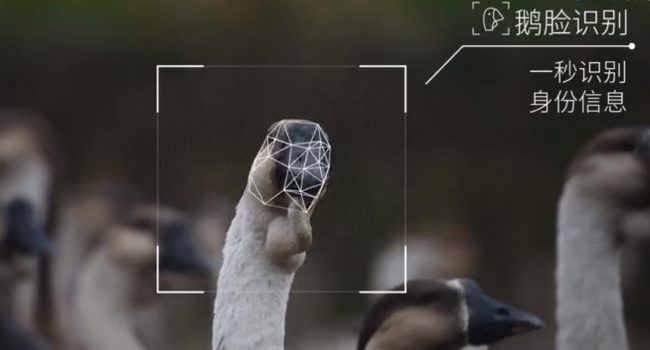 It’s part of a wider effort to create AI-driven farms, with the overarching goal of bumping up breeding rates. According to 36Oxygen, China’s pigs give birth to an average 15 piglets every year, 10 less than the US. Advanced software like ET Brain optimizes production, and foreign farmers are already on the case: Cainthus, an Irish tech start-up that develops facial-recognition system for cows, received an undisclosed amount in equity investment from US conglomerate Cargill last January.

The ET Brain integrates a handful of functions that exponentially increases control over variables that affect pig breeding. Every pig is tracked, while a “pregnancy diagnosis algorithm” analyzes sleeping, standing, and eating habits to determine, within seconds, whether a sow is pregnant. Staff then artificially inseminate those not already impregnated.

After the piglets are born, the ET Brain monitors their health through speech recognition and infrared temperature measurement. When the pigs are taken to exercise outdoors, the number of steps they take is recorded to ensure they  avoid putting on too much weight (much like the WeChat fitness tracker WeRun used by humans, minus the competition aspect). As former Alibaba Cloud president Hu Xiaoming declared last June, “In the future, what we want is a good pig that can run 200 kilometers, rather than a pig that weighs 200 pounds.”

The results look promising—and competitors have emerged. A few months after the Sichuan farm reported an increase of three piglets per litter since the introduction of ET Brain, along with a 3 percent decrease in piglet-mortality rate, JD announced its own version, the Clever Rural Brain (神农大脑).

However, JD technicians themselves have noted the difficulty of creating a facial recognition system capable of performing the functions promised by the Clever Rural Brain. The company’s major official WeChat account lists three major hurdles: Pigs have a short growth cycle that leads to quick changes in appearance throughout its lifetime, making high-accuracy recognition problematic; pens tend to be crowded, with pigs often moving and rarely facing the lens, making data-collection difficult; and there is no data on the differences of body shape in different pig breeds, meaning the system is ill-prepared for widespread adoption.

Even if JD overcomes these technological hurdles, more than 50 percent of pork in China is raised by small and medium-sized farms. Alibaba and JD are cooperating with large-scale farms to test out their gadgets, but convincing family-run businesses to invest in a costly, disruptive system that might only yield long-term benefits is a problem no amount of tech wizardry can fix.

In the Year of the Pig, tech conglomerates will have their work cut out to make AI farms more than just experiments—and finally bring their pig to market.