Seven gold bars issued to a “General Wang” in Shanghai, 1933, are inscribed with an unsolved cryptogram in Chinese and Roman characters that may grant access to a mysterious bank deposit worth 300 million USD

In 1227, the Mongols committed one of history’s first genocides against northwestern China’s Xixia Empire, leaving historians almost no information on its people and its nearundecipherable script 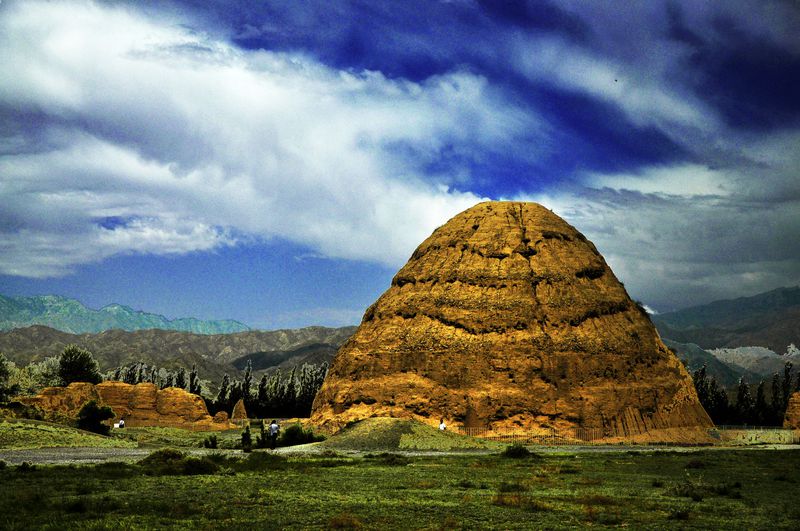 In 210 BCE, Qin officials sent by the emperor to look for an immortality drug disappeared at sea; legends state they colonized Japan, where the indigenous Jomon Culture ended in the same century

The ancient palace, site of so much intrigue and cruelty, is supposedly bristling with concubine ghosts—and giant rat monsters spotted in the 1950s Caucasian features seen in the residents of Liquan, Gansu, have prompted speculations of descent from a Roman legion captured in battle between the Han and the Xiongnu in 36 BCE

The Sanxingdui relics, remnants of a vanished 5,000-year-old Sichuan kingdom, could offer an alternative to the “Yellow River” origin theory of Chinese civilization The end of the Ming dynasty was precipitated by 30 years of famines, freak snowstorms, and other disasters, possibly due to a worldwide “Little Ice Age”

Created by China’s first emperor, the Heirloom Seal of the Realm symbolized an emperor’s right to rule and incited bloody battles, but vanished after the Mongol invasion A 15-meter-long creature has been reportedly spotted in Xinjiang’s Lake Kanas, swimming below the surface and sometimes causing unexplained waves

No one knows how these artificial Qin-era caverns in Zhejiang province were hollowed out in such precise and uniform patterns, even to the nearest millimeter 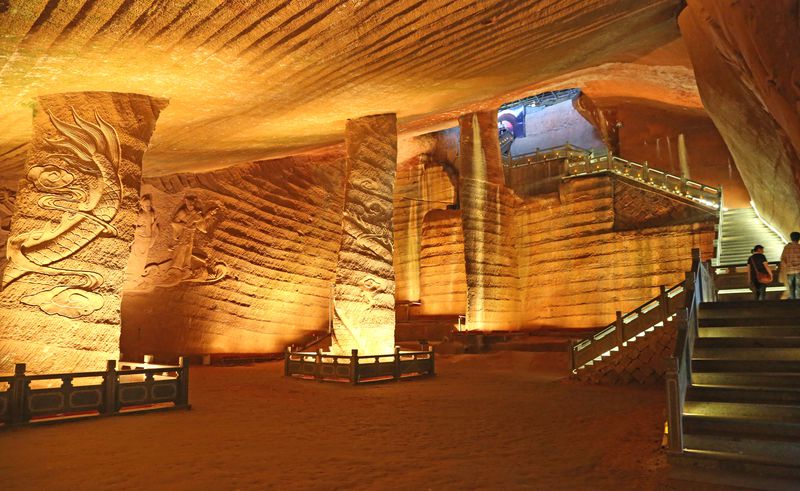 A viral 2011 video of a “floating city” above Huangshan, Anhui, was said to be a hoax, secret government project, and alternate universe—or, to scientists, a fata morgana mirage Fossils of the famous Homo erectus , discovered in 1923 near Beijing, vanished during their evacuation to New York during the war against Japan 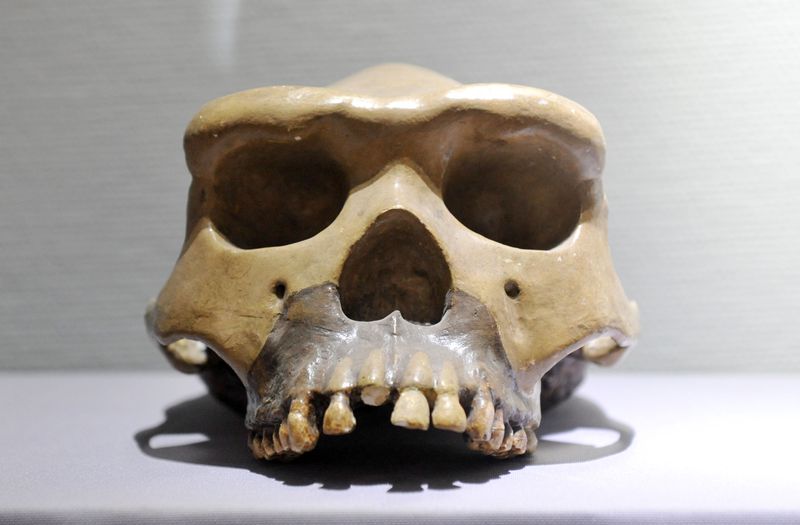 Qin Shi Huang’s terracotta army has been excavated, but his copper-clad tomb remains unopened. Treasures may include a scalemodel of China with “rivers of mercury” At age 3, Hainan’s Tang Jiangshan began recalling memories of a man killed in the Cultural Revolution, and could accurately identify the relatives and even speak the dialect of his past “self”

Ancient Shicheng may (ironically) be the best preserved city in China, having been submerged during construction of a dam in 1959— though the lake is said to be haunted

How did a ringsized Swiss watch, its face frozen at 10:06, end up in a just-opened 400year old Ming tomb in 2008? Spoiler: It was a classic Photoshop hoax

A vast warren of bombproof tunnels under Beijing, built during the Cold War, is believed to extend far into the Western Hills and include boulevards wide enough to accommodate tanks

Strange lights and slithering snakes reportedly preceded the overnight disappearance of all 1,000 residents of a Shaanxi village in 1987—or was it all a military cover-up? First spotted by a US pilot, the 400 pyramids in Shaanxi (including one three times larger than the Giza Great Pyramid) were acknowledged in 2000, but their exact age and purpose remain a secret

Dragon sightings have been reported from this Liaoning city; one seen during a 1938 freak storm supposedly derailed a train, sank three boats, and left a serpentine skeleton (lost in the war)

In Chengdu, bodies that disappeared overnight from an ancient tomb in 1995 prompted rumors about zombies roaming the city On the remote margins of the East China Sea, a fishing community has been rediscovered as a “post-90s” travel paradise