Viral Week is our weekly round-up of the weekend’s trending memes, humor, rumor, gossip, and everything else Chinese netizens are chatting about

Viral Week is our weekly round-up of the weekend’s trending memes, humor, rumor, gossip, and everything else Chinese netizens are chatting about. Think of it like the early spring outside.

Morning calisthenics are the bane of many Chinese students’ existence. One principal in Shanxi province has decided to liven up the ritual, and made his “shuffle exercise” go viral in the meantime.

A Taiwanese woman was stopped by customs officials on the island of Kinmen for smuggling 24 live gerbils, which she claims were “for friends”; authorities think it was a dry run for more forbidden goods.

Canadian Robert Lloyd Schnellberg was sentenced to death for drug smuggling, a development which many believe to be the latest in the China-Canadian diplomatic spat.

Last September, actress Chen Yulin revealed her seven-year affair with married actor Wu Xiubo. Now Chen’s parents claimed Wu had their daughter arrested in November for extortion. “[Chen] may be sentenced in jail for 10 years or more. But [she] insists she was framed…We firmly believe that judicial authority will deliver a fair judgement,” they wrote in an open letter.

The Zhejiang Juvenile and Children’s Publishing House has released The Leader, a comic book to celebrate the 200th anniversary of Karl Marx’s birth, and make his theories easier to understand for young people. The comic has been adapted into a cartoon, which will be released on January 28. 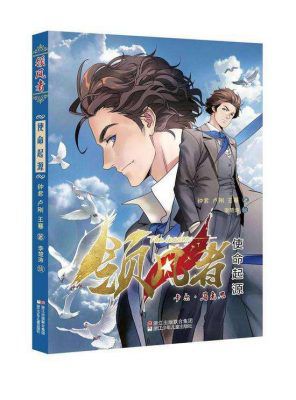 Death of the author
An author scored just 6 out of 20 on a high-school comprehension exam…on her own text, reports Hainan’s HI News. Wang Ya, who was sent questions on her essay “Qingming” by a student at Suzhou No. 2 High School, took her poor results in stride, stating that “the principles are different” for a teacher’s view of the text.

Head case
A middle-school teacher in Handan, Hebei, was dismissed for forcing students to cut off their hair for tardiness, claiming this unusual punishment symbolized “starting from the top.”

Moon pot
“Humankind’s first biological experiment on the moon,” according to People’s Daily, has died two days after China’s Chang’e 4 lunar probe successfully germinated cotton seed on the far side of the Moon. Taobao, QQ , and designer drug companies find loopholes, customers, and solace in the anonymity of the World Wide Web