Why is green headgear stigmatized in Chinese culture?

Don’t gift someone a clock. Try not to leave chopsticks standing upright in a bowl of rice. Always avoid the number four. Don’t wear a green cap—just some of the admonitions travelers are given to avoid causing unwitting offense while visiting China.

Prosperity and wealth are traditionally associated with the color “green”: It’s the color of money (many banks used to be painted green, although, confusingly, green is also the color of a stock drop on the Shanghai Stock Exchange). So, you might think that swaggering around with a big green hat, emblazoned with the number “eight” (a homophone for “prosperity”), would make you the luckiest-looking fellow in town—but you would be tragically wrong.

“To wear a green hat” (戴绿帽子, dài lǜ mào zi) is a colloquial phrase that means “to be cuckolded.” The reasons offered are varied, and it’s possible the exact truth has been lost to time, but there are a number of historical explanations out there.

Colors were used to signify social class from the Tang period (618–906) onward: The lowest-level of government officials were made to wear green uniforms, while male brothel workers supposedly wore green hats. During the Yuan dynasty (1279–1368), an official edict required family members of prostitutes to wear green scarves or turbans.

By the time that Ming dynasty (1368–1644) writer Xie Zhaozhe wrote his memoir The Five Assorted Offerings (五雜俎), “to wear a green hat” had acquired the humiliating general meaning of a husband whose wife slept with other men. In Marriage Destinies to Awaken the World (《醒世姻缘传》)，the anonymous Ming novelist Xizhou Sheng (西周生, “Scholar of the Western Zhou”) uses the term frequently when describing the extramarital affairs of his characters. Other poets of the time referred to cuckolds as “turtleheads” because of their resemblance to green caps. 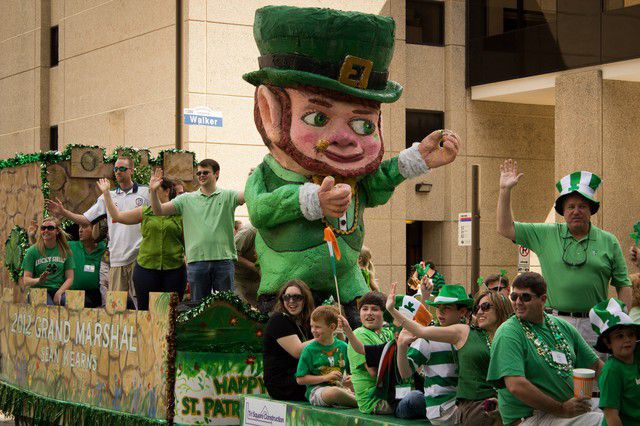 Nothing to celebrate in China (Tendenci)

There’s also the usual apocryphal folk tale about a hardworking farmer whose bored-at-home wife used to entertain other men while he was out. One night, the wife’s lover was in such a hurry to leave, he left his hat behind. The next day, the dozy farmer mistook the hat in the morning gloom, and wore his wife’s lover’s cap to work, much to the amusement of others. The hat was—you guessed it—green. There have also been suggestions that the phrase comes from postal workers or soldiers (who wear green caps), as both professions typically involve husbands being away from home for long periods of time.

Somewhere among all these tales is probably the truth, but it’s unlikely to hear the same explanation twice—and certainly no one would think twice about a soldier wearing green. But the idiom is common enough that it is supposedly the reason why Catholic bishops switched their traditional green mitres for violet ones in China to avoid any embarrassment. There’s even a 2004 Chinese film about a pair of men with a shared issue of infidelity—it’s called Green Hat.

The stigma was even cunningly exploited by police in Shenzhen in 2015: Fed up with a spate of jaywalkers on the city’s busy roads, they offered pedestrians caught dodging traffic the option of paying a 20 RMB (3 USD) fine or having to wear a green cap. Many chose the fine rather than face the shame of being seen in the dreaded green headgear. The term is also regularly trotted out during the celebrity scandals that grip Weibo on a weekly basis—for example, this recent video about singer Andy Hui and his wife, Sammi Cheng Sau Man, who were both caught having affairs. Green caps all round!