When ultra-marathon runner Bai Bin was dragged into a car at gunpoint near Monterrey, Mexico, his sweaty shirt pulled up over his face to blind him, he feared it might be his last day on earth. Taken to a gang’s headquarters, he was surrounded by what he estimated to be over 40 men armed with automatic weapons, yelling at him in Spanish.

It was a far cry from the optimism with which he started his 24,000-kilometer journey in February 2018, when he boasted of his intentions “as a Guizhou native…to make Guizhou proud” by running from China’s Great Wall Station in Antarctica to the Arctic—covering, on average, 80 kilometers per day, across both American continents and 13 countries.

This first-of-its-kind journey came as no surprise to those following Bai’s unusual career. Around 2000, inspired by the development of China’s western regions, Bai decided to take a break from his computer repair business. “I wanted to see Tibet for myself; but instead of taking a plane or a car, I decided that I would see more if I ran there.” The two-month journey convinced the then 30-year-old Bai to give up his company to pursue his new passion for running.

Bai is far from the only Chinese to have taken up the long-distance habit: there were 1,581 marathons and distance-running events held in China in 2018, up from just 328 in 2016. Running is considered a low-cost, healthy hobby that anyone can pick up—though few go to Bai’s extremes. In 2011, he retraced the ancient Silk Road from Istanbul to Xi’an; In 2017, he placed first in China’s Ultra Gobi challenge, traversing 400 kilometers of desert in 92 hours (while sleeping only five hours). 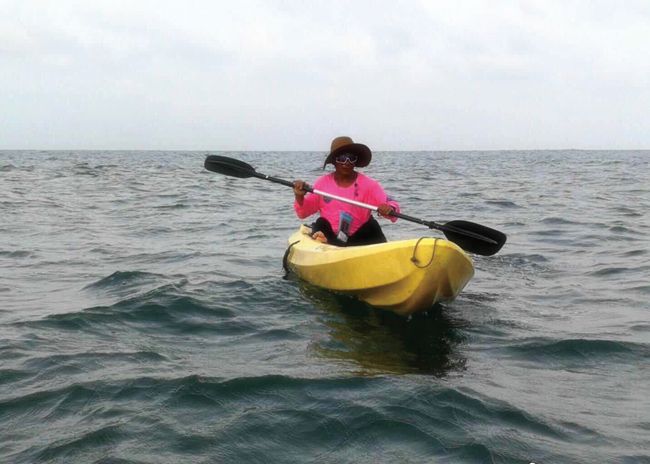 It was while running that Bai met his wife, Chen Chunyan, the 2010 women’s winner of the 100-kilometer Xiamen Xiang’an Race (with a time of 8 hours and 2 minutes), and the first Chinese woman to mount the Ultra-Trail du Mont Blanc (UTMB) podium. By the time Bai embarked on his Pole-to-Pole run in 2018, Chen was pregnant; their son was born as Bai traversed Peru. He celebrated by extending that day’s run to 85.7 kilometers, and spraining an ankle. Believing, against all medical advice, that the best remedy was to continue, Bai sprained it again running only four days later.

It would be the beginning of one mishap after another for the runner, who originally wanted to complete what ended up being 433-day journey within a year. “During this run, I learned that you cannot take life as a joke,” says Bai, who admits he was unprepared for many of the dangers he encountered. Faced with guerilla groups in the Darién Gap, a swamp at the Panama-Colombia border, Bai and his support team opted to kayak the distance, which took nine days. After landing on Panamanian soil, Bai was hospitalized with bacterial infection. 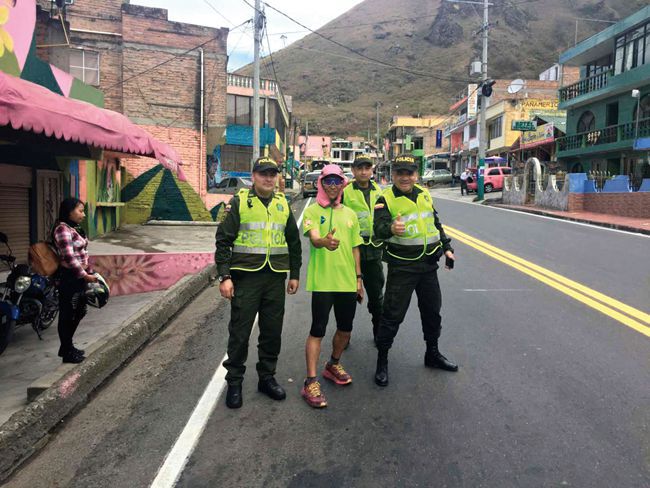 After escaping the ransom plot in Mexico, Bai crossed into the United States, where he believed it would be smooth sailing; his team swelled to 11 people. But the journey was plagued by miscommunications and cultural mishaps: One team member tried to take a photo of a picturesque mailbox, which resulted in its owner calling the police. By the time he reached Canada, Bai’s sponsorship funds from a Chinese training company had run dry, and most of his team had to go back to their regular lives.

However, when his story got publicized, volunteers within Canada’s Chinese community started picking up the slack. “Friends were calling friends who were calling friends to help. They provided good Chinese food and accommodation for me,” says Bai. “That 4,000 kilometers was by far the most enriching leg of the entire run.” 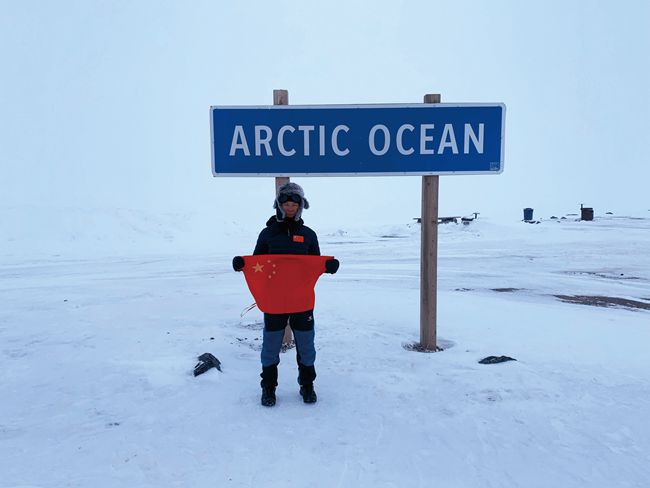 Bai finally reached the Arctic in May 2019

It’s these memories, along with the ordinary sights from his journey—crows flying above, the biggest cacti he had ever seen—that have stayed with Bai since he returned to China. He has spent the last several months resting, and is planning to start a running company with his wife. “Many Chinese have passions,” he muses. “I am lucky that I have made my passions into my career.”

It may have also saved his life in Mexico: In the gang’s headquarters, Bai tried to cultivate good relations with his captors by showing them photos and videos of his travels. Eventually, they appeared to have decided that Bai wasn’t worth the hassle, and he was dropped back onto his planned route by the same men who kidnapped him—but not before they all took selfies with him. Bai grinned, then turned and ran.

The Running Man is a story from our issue, “Wild Rides.” To read the entire issue, become a subscriber and receive the full magazine. Alternatively, you can purchase the digital version from the App Store.