Who were the biggest traitors in Chinese history? It depends on who you ask

Treachery is trending across the world (again). In China, mysterious “foreign forces” and influences are seen as an ever-present threat; the US president has had his loyalties repeatedly questioned; in the UK, the word is frequently hurled across the Brexit barricades.

But what makes a traitor? In China, a long history of dynastic downfalls, warring states, civil unrest, invasion, and, of course, the Century of Humiliation has provided bountiful opportunities for betrayal. The number and variety of such scoundrels are countless. But here’s an attempt to round up a few:

History has delivered its verdict on these guys: They’re rotten rascals, and that’s all. If the title of Most Infamous (or least disputed) Traitor in China was up for grabs, it’s likely that Ming and Qing general Wu Sangui (吴三桂), who betrayed two successive dynasties, would claim the crown. Wu heads up a whole host of double-dealing officials throughout history, many memorialized in commonly-used chengyu for betrayal. 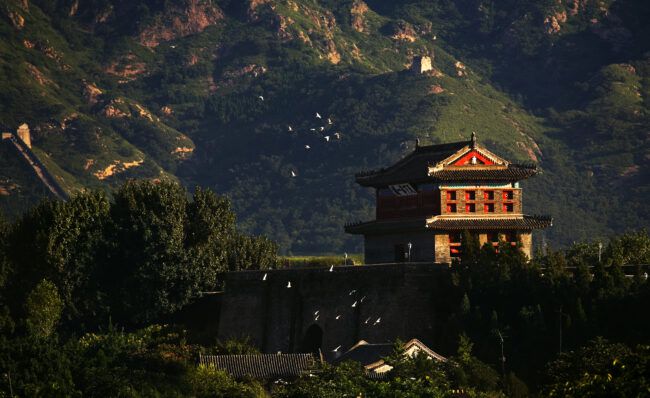 Wu opened up Shanhai Pass on the Great Wall to the invading Manchus, then betrayed them a few decades later (VCG)

This title belongs to An Lushan (安禄山), the foreign mercenary and “barbarian general” who led a rebellion against the Tang. While unruly warlords were pretty common in those days, An’s revolt took the Tang seven years to quell. In the aftermath, the emperor’s control over the western frontiers and trade routes weakened, and there was a lingering suspicion of foreigners and their culture. These cultural and economic shifts eventually led to the dissolution of the Tang, one of the most highly regarded dynasties in Chinese history. But as An was a foreigner, possibly from an area now covered by Uzbekistan and Tajikistan, he might not be considered a traitor in the purest sense.

Qin Hui (秦桧), prime minister to the Song emperor Gaozong, was the archetypical treasonous advisor who sold his country to foreign invaders. He was known for advocating appeasement toward the Song’s northern enemy, the Jin, and persecuting his hawkish political opponents (though revisionist historians say he was mis-blamed for many of the emperor’s poor decisions). These included General Yue Fei, a war hero famous for his loyalty. In the novel The Story of Yue Fei, Qin had his rival recalled from the battlefield and arrested on false charges. Then, on the advice of his wife Lady Wang, he slipped a secret order to execute Yue in the skin of an orange that was delivered to the judge. Due to these crimes, “kneeling statues” of Qin and Lady Wang were placed at temples honoring Yue Fei in later generations—a Nanjing museum even caused an outcry in 2011 for displaying sitting statues of the perfidious pair. 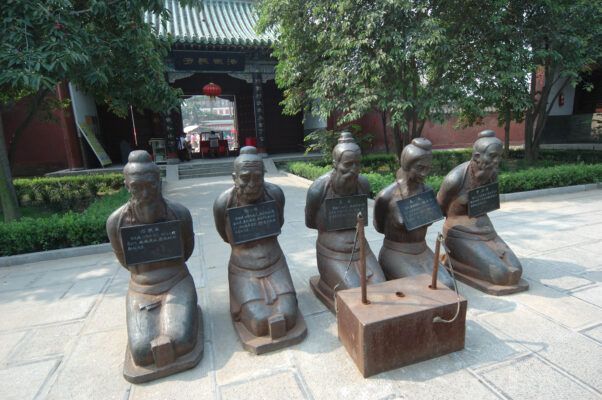 There are even whips in front of the statues of Qin, Lady Wang, and their three collaborators at the Yue Fei Temple in Zhuxian, Henan (VCG)

Traitors to the nation

The term hanjian (汉奸) may date as far back as the Han dynasty, but its national resuscitation during and after the Sino-Japanese war (1937-45) has made hanjian a frequently used modern-day insult for those who betray the Chinese nation, or specifically the Han race in some interpretations. During the war, prominent members of the collaborationist “Provisional Government of the Republic of China,” like Chen Gongbo, Wang Jingwei, and Wang Kemin, were as widely despised as Norway’s Vidkun Quisling over in Occupied Europe. During their trials, many argued that they were acting to preserve the safety of their countrymen—but the nation simply viewed them as China’s quislings. 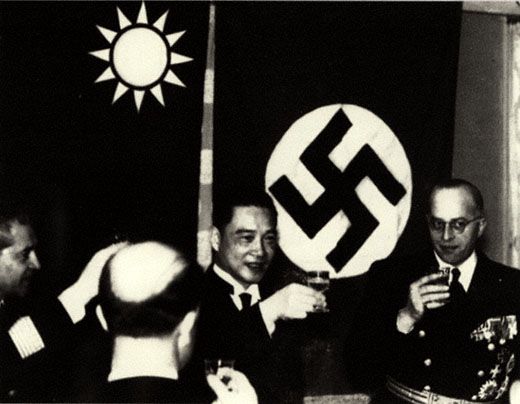 The debate over what makes a hanjian is exemplified by the argument over China’s last emperor, Puyi. In his defense, the former Xuantong Emperor of the Qing had been a pawn ever since 1912, when he was forced to abdicate, aged 5, and live a strange, gilded existence as a royal figurehead to whichever regime was in control. Most famously, he was named as the emperor of Manchukuo, the Japanese puppet state in northeastern China, in 1932. 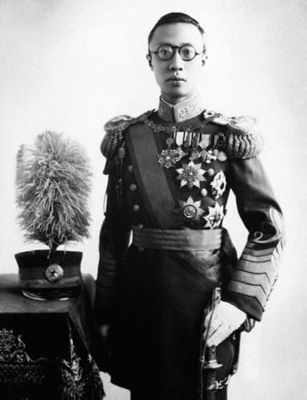 Though he was actually Manchu, not Han, Puyi’s pusillanimity makes him an obvious traitor to many. Nevertheless, when he ended up in the hands of the Communist Party in 1950, the official verdict was that he was capable of rehabilitation. After tending to a prison vegetable garden for a few years, Puyi was allowed to work in Beijing’s botanical gardens as an ordinary citizen until his death in 1967. Thus, China’s last emperor is now remembered as a relatively benign figure, living out his final years as a curiosity to be occasionally introduced to visiting dignitaries. The Pen and Sword