“The person who created this stuff should receive a Nobel Prize, an exemption from China’s one-child policy, front row seats at the Olympics, an entire stable of miniature giraffes, and free Ivy League education for their children,” raves one top-rated Amazon review. Another, from Australia, calls it a “gamechanger.”

A cure for cancer? A remedy for baldness? The cheeky remarks, in fact, refer to a cure for a more fundamental ailment: hemorrhoids. If they are to be believed, a Chinese ointment allegedly dating back to the Ming dynasty may offer the ultimate relief for those suffering from a condition that typically provokes more giggles than sympathy, but affects 50 percent of China’s population.

The year was a turning point for the Ming dynasty, when the Wanli Emperor’s prime minister, Zhang Juzheng, died along with his iron rule. Renowned Italian missionary Matteo Ricci was given approval to enter China, beginning a period of rare confluence for Western and Eastern ideas, philosophies, and technologies. 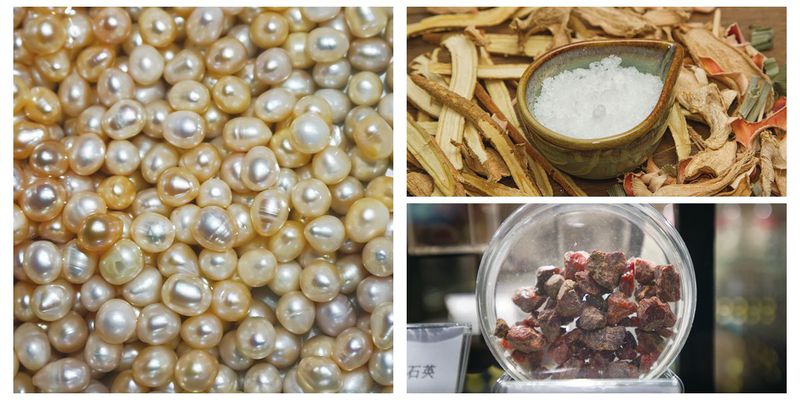 Though it is one of the less celebrated discoveries of this era—compared to geometry, or European-style cartography, at any rate—Ma’s eye ointment brand was sustained by his descendants through civil wars, invasions, and the import of Western medicine in the early 20th century. The present-day Mayinglong Pharmaceutical Group (MYL), headquartered in Wuhan, began manufacturing the ointment in a former state-run pharmaceutical factory in 1994.

However, eyecare was a low priority in the Chinese countryside in the 90s, where residents routinely applied the ointment instead to insect bites, rashes, and burns. One day, the rural legend goes, a farmer with a pain in the rear reached for a tube of Mayinglong. As word spread about Mayinglong’s “alternative” use, Ma Huimin, Ma Jintang’s “13th-generation descendant,” rebranded the family recipe as a hemorrhoid cream.

It’s been bottoms up ever since for the Mayinglong brand: The company is now listed on the Shanghai stock exchange, and its flagship ointment is distributed in Walmart and Amazon in North America, with annual sales of 90 million tubes, mostly to the domestic market. Hemorrhoids are on the rise in China, especially among sedentary office workers, who lack proper nutrition and exercise, according to a 2014 study by the Nanjing Shuguang Hospital. 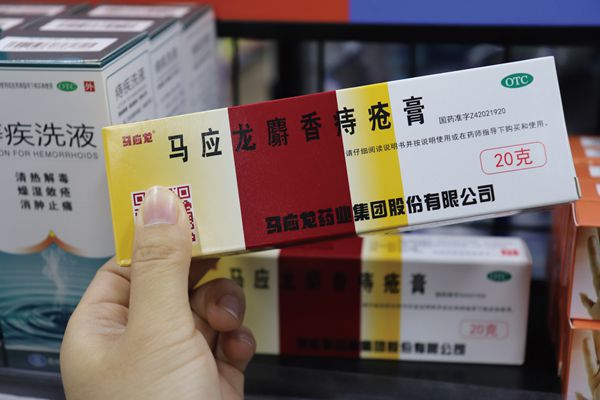 Mayinglong’s flagship ointment is sold at 18 RMB a tube

The ointment’s appeal, though, crosses class and professional barriers. “Some provinces, like Hunan, Hubei, Sichuan, and Jiangxi, are famous for their spicy foods, and have higher rates of hemorrhoids,” Xiao E, a senior proctology specialist from the Jiangxi Taihe Hospital of Traditional Chinese Medicine, tells TWOC. “People who always stick to their seats, like taxi drivers, are also more likely to have hemorrhoidal troubles.”

Compared with expensive hemorrhoid removal surgeries, which can cost many thousands, Xiao and his colleagues recommend Mayinglong for patients whose conditions are mild. “It is cheap and effective with few side effects,” he says.

State media have seized another small opportunity to highlight global confidence in its domestic brands. “Once again, China has bailed us out,” China Daily quoted a review from one US customer. The paper adds, though, that the Mayinglong phenomenon may simply arise from “the growing number of Chinese people going abroad”.

Indeed, Mayinglong has become a pop culture phenomenon. The company has been making T-shirts, purses, and bags for young consumers, and its flagship stores on e-commerce platforms Tmall and JD heavily feature Mayinglong-branded lipstick and facial cleanser—with no trace of herbal ointments found.

Ironically, the 500-year-old company has achieved its latest success by going back to its roots. Mayinglong eye creams have become bestsellers, used for reducing baggy eye bags among millennials who work long hours, stay up late, and are glued to their phones. Recently, one Mayinglong cosmetics WeChat group attracted more than 300 eye-cream fanatics to share tips on how to make the most of the legendary treatment. It is a legacy which Ma Jintang would be proud of.

Bottoms Up is a story from our issue, “Wild Rides.” To read the entire issue, become a subscriber and receive the full magazine. Alternatively, you can purchase the digital version from the App Store.

Huang Sizhuo is a contributing writer at The World of Chinese.