Anhui today is often forgotten; one of the poorer, landlocked provinces in the east, from which large numbers migrate to cities like Nanjing for work, though its sacred mountain range of Huangshan draws plenty of visitors into the province as well.

But the region was once an economic powerhouse in its own right, famous for its successful merchants, who made sacks of money dominating trade in salt, tea, and lumber, and who wielded significant political clout for centuries.

Known collectively as “Hui merchants” (徽商), these businessmen hailed from Huizhou (徽州) prefecture, which was combined with Anqing (安庆) prefecture to its north in 1667 to make up present-day Anhui province. Historically, Huizhou included Xiuning (休宁), Qimen (祁门), Jixi (绩溪), Yixian (黟县), and Shexian (歙县) counties, plus Wuyuan (婺源) in modern day Jiangxi province. They rose to political prominence during the Ming dynasty (1368-1644), but their history of successful trading goes back much further.

During the Tang Dynasty (618-907), Hui merchants first began to profit from the flourishing tea market in Qimen. The emergence of this entrepreneurial spirit in Huizhou was in part the result of location and topography. The rugged landscape of the region made rice cultivation difficult, which forced men to find another way besides farming to keep them and their families fed. This problem became more acute after the Jin dynasty (1115-1234), when the region saw an influx of refugees fleeing wars and instability from the north.

Huizhou’s position on the Xin’an river also helped as it connected the region to the wealthy city of Hangzhou to the east. When the imperial capital was moved from the northern city of Kaifeng to Hangzhou (then known as Lin’an) during the Song dynasty (960-1279), Huizhou gained easy access to a center of trade.

In that period, Xuan paper (宣纸), a high quality rice paper produced in Xuancheng, Anhui, began circulating in Sichuan province (some 1,500 kilometers away), and made the fortunes of several Hui merchants. Cheng Chengjin and Cheng Chenghai, two brothers from Qimen, were referred to as “Ten Thousand Cheng (程十万)” by locals in Huizhou—they were millionaires. 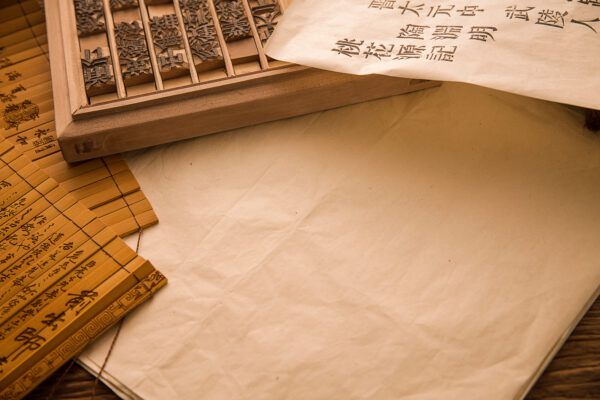 The climate in Huizhou also makes it ideal tea growing country, and several famous brands emerged from areas like Qimen and Wuyuan, including Huangshan Maofeng and Qimen Black Tea. Hui merchants also sold cotton, cloth, paper, ink, and porcelain. Later, the Hui ink stick (徽墨), the She ink slab (歙硯), both produced in Huizhou, would become famous for their quality.

Huizhou enjoyed its zenith during the Ming dynasty, when 70 percent of all men from the region were engaged in trade, higher than anywhere else in China. Their business influence spread across the country, and many migrated to other provinces. The ancestors of former PRC president Hu Jintao moved from Huizhou to Jiangsu with their tea trading business during the Qing dynasty. Some Hui merchants even traded abroad to Japan and Portugal.

The Hui merchants’ success is all the more remarkable given their lowly social status. Back then, the profiteering nature of trade was frowned upon. Traditional Chinese culture long held “Stressing agriculture while restraining commerce (重农抑商),” a philosophy first introduced by the politician Li Li (李悝) in the Warring States period (475 – 221BC),as the foundation of the feudal dynasties .

Unlike the Jin merchants (晋商) from Shanxi, another famous group of traders in China during the Qing dynasty (1644-1911), Hui merchants became famous for their reverence of Confucian values. They were said to do business in the daytime and read the Confucian classics at night. “Despite his long and tough journey, he always took books with him to learn from the rise and fall of dynasties,” The Pedigree of the Jiang Clan in Jiyang (《济阳江氏族谱》), a clan record book, wrote of Xiuning merchant Jiang Suizhi on his business trips. 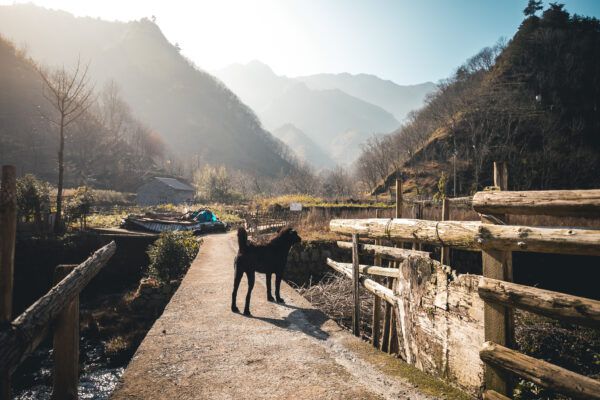 Successful Hui merchants also used their wealth to imitate the more respected lifestyles of scholars and literati, and many of their children successfully passed the imperial examinations to become government officials. This not only raised the social status of merchant families, but also allowed the Hui merchants to maintain close relations with the bureaucracy and exert influence over the imperial government.

Despite these cozy relationships with officialdom, Huizhou’s traders became famous for their honesty and morality, though they had a business motive—a reputation for cheating customers would only damage profits later. They also showed a commitment to philanthropy by giving generously to flood and drought relief. In the last years of the Qing dynasty, when the Huizhou region was hit with flooding, Hui merchants trading in Shanghai organized through the local chamber of commerce to donate thousands of silver pieces to the relief effort. Indeed, the motto of the Hui merchants became “think of danger in times of safety (居安思危).”

Their deference to Confucian values, however, did not stop rich traders from flaunting their wealth. The luxurious villas and elaborate ancestral worship halls still standing in Hongcun and Xidi villages are reminders of riches from days gone by. Indeed, lavish spending was part of the Hui merchants’ downfall: After trade was opened up to foreign powers in the 19th century, they lost their imperial monopoly on the salt trade, and had little to fall back on. Internal strife, including the Taiping Rebellion from 1851 to 1864, further hampered their ability to trade, and the power of the Hui merchants began to wane.

Though no longer a center of trade, Huizhou preserves its merchant heritage. The intricately carved roofs of the residences in Xidi and Hongcun (both UNESCO sites) still bear the descriptions of businesses managed from that location by Hui merchants. The two-story villas feature an inner courtyard surrounded by high white walls, with windows facing inwards. The merchants did not want people from outside glimpsing their wealth, or their wives, concubines, and daughters.

These homes, unlike Beijing’s four-walled residences (四合院), have three buildings: a reception hall in the center, and two buildings either side. This specific design invoked the feng shui notion of “absorbing the spirit of heaven (四水归堂),” and merchants hoped this would ensure the riches flowed when they went out to do business across the country.

Nowadays, tourists come to Huizhou’s villages to enjoy the distinctive architecture and, in the spring, the dazzling yellow fields of canola blossoms. The unique setting has even attracted movie makers such as Zhang Yimou and Ang Lee—the latter shot a fight scene from Crouching Tiger, Hidden Dragon in Huizhou. The golden age of Hui merchants may have ended, but their legacy lives on.